Here’s how to listen to Lover, Taylor Swift’s latest album 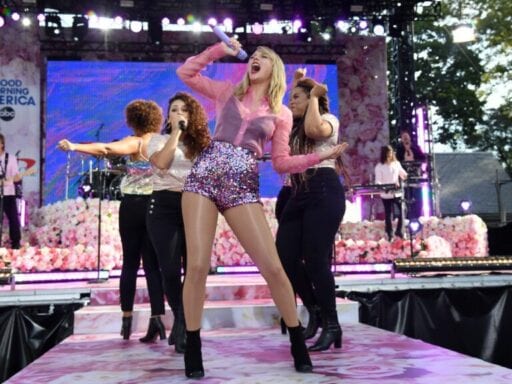 Taylor Swift kept Reputation off streaming services for a month after its release — but with Lover, she’s embracing streaming.

Thursday at midnight, Taylor Swift is going to drop her latest album, Lover. And if you were around for the release of her last album, Reputation, in 2017, you might be getting nervous, because Reputation wasn’t available to stream anywhere on the day it released.

But luckily, Lover marks a brave new era for Taylor Swift. It’s going to be available to listen to basically everywhere.

Swift withheld Reputation from streaming services in 2017 as part of her longstanding protest against streaming services, which she said didn’t fairly compensate artists for their work. For that reason, she removed her entire catalog from Spotify in 2014, and she didn’t return it until the pre-album hype cycle for Reputation in 2017. When Reputation dropped, she made it available only via download or as a physical disc, and didn’t stream it anywhere until a month had passed.

With Lover, Swift has embraced the age of streaming. The full album will be available to stream immediately on all of the major music streaming services, and according to Billboard, it has already broken the record for the most “pre-adds” in a single day at Apple Music. At PopCrave, Drew Howard points out that Swift appears to have engineered Lover for streaming success: She’s not only releasing it on multiple platforms at once, but she’s also made it her lengthiest album ever, at 19 tracks. Historically, albums with more songs on them tend to achieve higher streaming numbers — as do albums that span multiple genres, which Lover, featuring collaborations with the Dixie Chicks and Panic at the Disco’s Brendon Urie alike, appears set to do.

To stream Lover at midnight tonight — or to pre-save or pre-add it to your library — head to Spotify, Apple Music, Google Play, Amazon, Deezer, or iHeartRadio.