Here’s the finalized lineup for the September Democratic debate 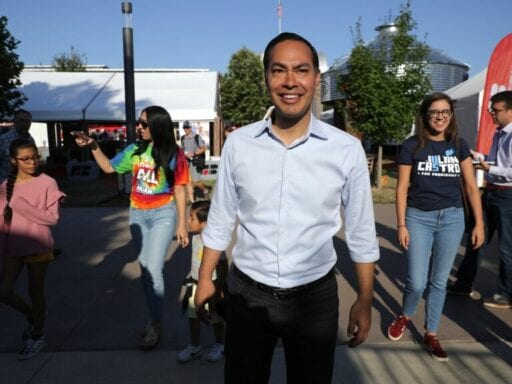 Ten candidates have made the cut.

The lineup and podium order of the third Democratic debate are set.

Tune in September 12 for complete live coverage on https://t.co/b4PftwG96n or on your favorite streaming app. https://t.co/f4SqDjZawD pic.twitter.com/kC2dNtdQLo

The 10 other candidates in the field all failed to meet a polling requirement imposed by the Democratic National Committee by the end of the day August 28. However, billionaire Steyer has since qualified for the debate after this one, in October.

For the first time, this week’s debate will feature all the qualifying candidates together on a single night: Thursday, September 12. It’s co-sponsored by and will be aired on ABC and Univision.

The good news for those who narrowly missed out is that they’ll have another chance in October. The DNC is using the same qualification rules but extending the window to make the cut to October 1. So Steyer has already made it, and other candidates have the chance to as well.

How to qualify for the third Democratic debate

To make it onto the September debate stage, a Democratic candidate had to meet both of these two thresholds.

The names of donors who give less than $200 don’t have to be publicly disclosed, so for the time being, we’ve had to rely on the candidates’ claims that they’ve met this donor threshold. (Eventually, they have to give corroborating information to the DNC, which will double-check.)

Who qualified for the third Democratic debate?

Who failed to qualify for the third Democratic debate?

Three candidates have made some progress toward qualifying but didn’t seal the deal.

Everybody else in the race faces an uphill climb to qualify for October, with most having zero of the necessary four polls so far. They are:

There’s an interesting twist about qualifying for the fourth Democratic debate in October, though: It will actually be easier.

That’s because the qualification rules are exactly the same as for the third debate — except there will be more time for campaigns to make it happen.

For the polling threshold in particular, the third debate requires polls released between June 28 and August 28 be used. But for the fourth debate, that window goes from that same starting point (June 28) up until October 1.

The gist, as Politico points out, is that any candidates who qualify for the third debate automatically make it into the fourth debate — and on top of that roster, the rest of the field will have another month to try to get the rest of what they need as well.

This will likely mean a bigger field — as, with Steyer, 11 candidates have already qualified for October.

“We are desperate”: Trump’s inaction has created a crisis with protective medical gear
The sorrows of Ben Affleck
US politics is stuck. Can the climate movement shake it loose?
Kamala Harris is a politician, not an activist. It’s an awkward fit for this moment.
Non-Americans have bet millions of dollars on the 2020 election
Live results: Biden wins Wisconsin