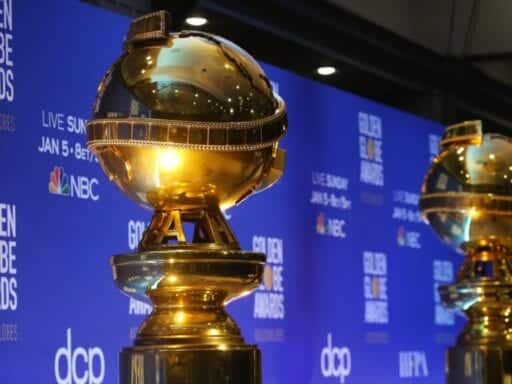 Here’s the full list of nominees for the 2020 Golden Globes.

Awards season is upon us, and it is time for the 2020 Golden Globe nominations. The 77th annual installment of the Golden Globes will be held Sunday, January 5, 2020 and hosted by Ricky Gervais. The awards will air on NBC.

Though the Globes’ impact on eventual Oscar nominees is debatable (sometimes the Globes and other awards are seen as determining factors in who will do well at the Oscars), the awards ceremony is usually considered one of the more fun shows on the circuit. Alcohol is served, and the attitude at the ceremony tends to be more candid, entertaining, and light-hearted.

Organized by the Hollywood Foreign Press Association (HPFA), the Golden Globes honor achievement in both television and film — usually, those modes of entertainment are recognized separately at the Emmys and Oscars.

We’ll keep this post updated as the nominations roll in.

Portrait of Lady on Fire

Best Actor in a Limited Series or TV Movie

Best Actress in a Limited Series or TV Movie

Trump just got a “very nice note” from Kim Jong Un. But North Korea isn’t being very nice.
Read Democrats’ articles of impeachment against president Trump
Coachella 2020: The good, the bad, and the “OK, sure” of this year’s lineup
Abortion bans criminalize doctors. For black physicians, the risks are even higher.
Apple reportedly plans to build autonomous cars in an American plant
Report: Trump pressured Ukrainian president about eight times to investigate Biden’s son