Here’s what happens to delegates after their candidates drop out 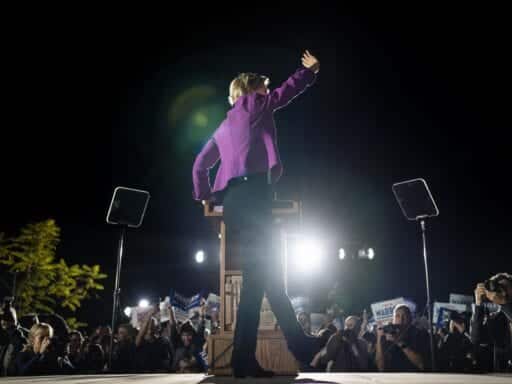 The answer is a little different depending on the type of delegate.

In the past week, the 2020 Democratic field has seen a swift winnowing.

The sudden slew of suspensions has prompted a big question about the candidates no longer in the race: Where do all their delegates go?

The short answer is that some of these delegates will be reallocated to other candidates while others will be able to serve as “free agents” during the Democratic National Convention later this year.

Because of that, the Warren, Bloomberg, Klobuchar, and Buttigieg delegates could help push someone over the top at the DNC in July — or give a candidate a leg up even earlier.

The two futures for delegates of now-defunct campaigns, briefly explained

The treatment of the delegates won by candidates who have since dropped out differs slightly depending on the type of delegate, according to the DNC rules.

That’s because candidates are able to win two kinds of pledged delegates: They can get statewide delegates if they hit the 15 percent threshold in a state overall, and they can get district-level delegates if they hit 15 percent in a congressional district. (Every state also has a number of unpledged “superdelegates” that could play a role at the DNC, but we won’t talk about those for now because they don’t get a first-ballot vote on who the nominee should be.)

Here’s what will happen to each type of pledged delegate following the candidates’ suspensions:

Take Utah, for example. Although Bloomberg and Warren both reached the 15 percent viability threshold in the state, they’ve since suspended their campaigns. As a result, any delegates they gained are proportionally reallocated to Biden and Sanders, with more going to Sanders because he did better in the state.

Frontloading HQ’s Josh Putnam laid out what some of the math looks like in this Twitter thread, but the gist is that there are currently 49 statewide delegates that have been won by former candidates, and about half would go to Biden and half to Sanders.

Of course, all pledged delegates are solely bound by just that: a pledge. This means that any delegates in general, even those whose candidates haven’t dropped out, could theoretically defect, though it’s not likely.

The final choices of the district-level pledged delegates of a candidate who’s dropped out are also potentially influenced by a candidate’s endorsement. Given Bloomberg’s support of Biden, for example, his district-level delegates might feel more pressure to shift their backing in that direction.

It’s worth noting that the candidates who have dropped out (unsurprisingly) haven’t been able to pick up a significant proportion of delegates so far. But any additional support will be important in the event of a close contest.

A candidate needs 1,991 delegates, a majority, in order to win the Democratic nomination outright. In total, the four candidates who have suspended their campaigns have 130 delegates so far.

Below are the number of delegates that every candidate who’s dropped out has accrued at this point, according to the DecisionDesk tracker:

The majority of these delegates are at the district level and poised to be “free agents” at the convention.

Depending on how tight things wind up being between Sanders and Biden, these delegates could end up making the difference.

MacKenzie Scott gives away billions, again
Dopamine fasting is Silicon Valley’s hot new trend. Is it backed by science?
All the movie and TV trailers that aired during the Super Bowl
Trump made gains with Black voters in some states. Here’s why.
“Dump Trump”: tens of thousands across the UK protest Trump’s visit
The Senate doesn’t have enough coronavirus test kits — but it doesn’t want ones from the White House