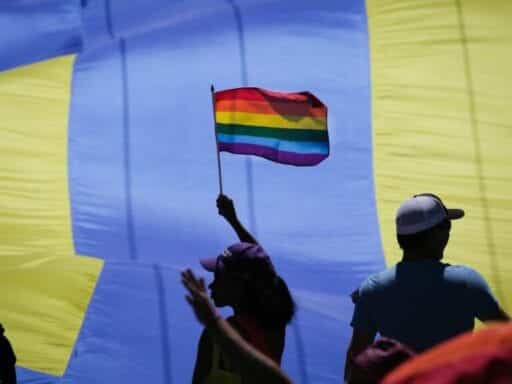 The protests come amid controversy in the LGBTQ community over the company’s harassment policies on YouTube videos.

A group of Google employees, under the name “Ban Google From Pride,” plans to march in protest of their employer’s policies toward LGBTQ harassment on YouTube and other platforms on Sunday at San Francisco’s Pride Parade.

Protesters will join a “Resistance Contingent,” separate from Google’s official corporate presence at the parade, after the company warned employees not to protest the company’s policies while officially representing Google at the event.

“We are deeply disturbed that leadership at Google and YouTube has failed to offer any commitment of protection for the LGBTQ+ community, despite repeated requests for such changes,” the group said in a statement on Friday. “We use our participation in the Pride Parade as an opportunity to continue loudly, proudly, and publicly demanding this change. When employers fail to set policies that align with our values, we as employees are compelled to act to change those policies.”

The announcement comes after weeks of controversy over Google’s involvement in sponsoring the Pride Parade, amid complaints that the company mishandled harassment of LGBTQ and other targeted individuals on YouTube, its video streaming platform.

Earlier this week, Google told employees that they would violate the company’s code of conduct if they protested the company’s policies while marching with Google’s official contingent at the event.

Soon after, around 140 Google employees signed a letter asking Pride’s organizers to drop Google as an official sponsor of the parade. Pride ultimately declined to do so, but offered these protesters what’s considered a highly visible spot at the beginning of the parade, with the resistance contingent. While organizers behind the letter said they’re “disappointed” that San Francisco Pride organizers will not be revoking the company’s sponsorship, both camps view Google employees joining the “Resistance Contingent” as a compromise.

How did this controversy start?

For years, Google has struggled to moderate content on its platforms, particularly on YouTube, which has hosted prominent conspiracy theorists, pedophilia commenters, and violent extremists of all types. But recently, YouTube has received particular criticism for its moderation policies with regard to harassment of LGBTQ groups and individuals on the platform.

Late last month, Vox journalist and video host Carlos Maza brought attention to the issue when he posted a “supercut” of repeated comments that popular conservative YouTube video host Stephen Crowder has made against him that targeted Maza’s ethnicity and sexual orientation — including calling him a “lispy queer” and “gay Mexican.” Maza made the case that Crowder’s behavior was a pattern of harassment that shouldn’t be tolerated on the platform.

Many people, including Google employees — and Vox’s editorial leadership — supported Maza and asked YouTube to revisit its harassment policies. However, many fans of Crowder and conservative activists rallied for him to remain on the platform.

YouTube changed its stance a few times and ultimately ended up demonetizing, but not banning Crowder on the platform. The company told Maza it takes allegations of harassment “very seriously” but that Crowder did not meet the criteria for being banned entirely from the platform.

In the midst of the controversy, YouTube CEO Susan Wojcicki, speaking onstage at Recode’s Code Conference in Scottsdale, Arizona, said that it was ultimately the right policy decision but acknowledged it was “hurtful to the LGBTQ community,” which she said was not the company’s intention.

That frustrated some Google employees, who felt it reflected a lack of action from corporate leadership on anti-harassment efforts, particularly toward the LGBTQ community — and in return they have put sustained pressure around Google’s involvement in the Pride Parade.

“Harassment, discrimination, and other hateful depictions of LGBTQ+ persons on YouTube threaten the very lives of the members of our community, including some of the most vulnerable among us, and we will not stand by in silence as Google executives fail to act quickly, and indeed fail to act at all,” organizers wrote in a statement about their planned protest.

At least one Google employee reportedly still plans to protest in the official company contingent despite potential repercussions for doing so, according to a source familiar with the matter. It remains to be seen what action — if any — the company plans to take against employees who may violate its rules.

Mike Pence’s stunning hypocrisy on foreign election interference, in one quote
Congress has finally reached a deal on coronavirus stimulus
Cheap flights and discounted Broadway tickets put everyone at risk
How South Carolina became one of 2020’s most unexpected Senate battlegrounds
Harry, Meghan, and the ghost of Diana: “What I was seeing was history repeating itself”
President-elect Joe Biden’s transition team is one of the most diverse ever