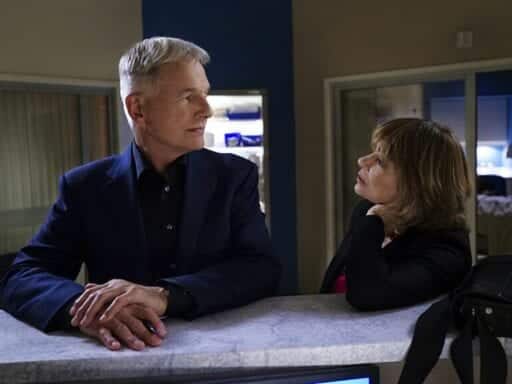 And it’s (mostly) thanks to Netflix.

When I need to know what’s going on in the TV industry, I almost always turn to the articles and/or Twitter feed of New York magazine’s Josef Adalian. His reporting and writing about the industry — in an era when it’s harder than ever to determine what’s a hit, what’s a flop, and why something was canceled — is some of the best in the business.

So as a preface to the rapidly approaching fall TV season, I asked Joe to join me for the latest episode of my podcast, I Think You’re Interesting. I wanted him to explain how the Nielsen ratings work, why they matter so much less than they used to, and why they still matter more than you might like if you’re somebody who’s a big fan of a show with perilously low viewership numbers.

But I also wanted to dig into the history of the Nielsens and to focus on one question in particular. If you’ve ever paid attention to TV ratings, then you know they’re often reported as a total viewership number and then a more demographic-specific number that measures the percentage of 18- to 49-year-old viewers who are watching a given show.

That hasn’t always been the case. In the ’80s and ’90s, when I first started paying attention to TV ratings, it was much more common to report the overall rating, which is the percentage of everybody who’s watching (or, at least, of everybody who also owns a TV). And yet networks increasingly began making their decisions based almost entirely on those younger, 18- to 49-year-old viewers.

So how did this thinking come to dominate? And is it changing now that older viewers are much more likely to be watching TV live (and, thus, watching advertisements live)? I asked Joe, and that portion of our conversation — lightly edited for length and clarity — follows.

The networks are not as interested in [older viewers], and yet the audience of people who watch live television is graying fairly rapidly. There are some elements that keep it from graying as rapidly as it might, but tell me how that thinking came to be. How did the networks come to say, “Old people: We don’t care about you”? And is that changing at all, now that we know that’s true?

Advertisers are the reason we have television seasons that start in September, because they wanted to advertise new cars. Demographics are something that happened when advertisers finally decided to tell networks [they preferred younger viewers]. And networks leaned into this. Certain networks, especially ABC, at the time in the ’70s, decided, “Hey, why are you selling to everyone? Nielsen can tell you exactly who’s watching!”

Fifty-five-year-olds, who at that time were more likely to die at 55 — now, life expectancy’s up a little bit more — they’re not as likely to buy your product. And their product preferences are baked in. You’re already a Ford consumer. You’re not switching to Oldsmobile. So why advertise [to that audience]? You’re not going to drink Coca-Cola when you already like Pepsi or don’t drink soda.

The thinking was advertisers wanted younger people. That’s what was hip. So networks started playing up their demographic ratings. They thought there was more money [in those ratings], and they were right. Rather than selling volume, they sold specificity, and they sold the ability to move product. The thinking was that made sense. Advertisers agreed. And starting in the late ’70s, when ABC transformed itself into a young adult network with Happy Days, Laverne & Shirley, and all those other types of shows, there was a power in demographics, and that became really important.

For the most part, it’s been the rule in television, with exceptions. CBS has made a business out of targeting slightly older viewers, but for a while, they were getting a penalty [from advertisers].

A show like Cheers was not a big hit for its first two years, but younger people were watching it. So there was a sense that maybe it would catch on, and obviously it did. It ran 11 seasons. But I feel like that thinking [that younger viewers are the most important viewers] has come to dominate — and I say this as somebody squarely in the 18- to 49-year-old demo —

For now! I feel like that kind of thinking has come to dominate too much. Especially now that the baby boomers, who are the original consumers in some ways, are in that demographic. So is that shifting at all?

It is out of necessity. Overall ratings are going down. People who are younger watch less television in real time. Advertisers still care about people who watch live, or very close to live. Technically, we could go even deeper into this; the Nielsen ratings that matter are the ones [where] Nielsen measures who watches advertisements. They actually do have ratings that somehow … tell if you’re watching commercials. It’s scary, but apparently they can.

Those are called the C3 numbers.

Exactly. And they want urgency, because especially if you’re selling a movie or a restaurant has a big promotion for all-you-can-eat riblets, you want to make sure people can see your ad when that’s still on.

So the C3s matter, but the fact is people who are younger are watching TV in a non-linear fashion. In terms of overall audience going down, networks like the CW network were hardest hit first. Or young adult networks like Fox or Freeform. MTV, in particular, they saw their live ratings and their C3 ratings just plummet about seven years ago when something called Netflix came onboard in a big way with original programming.

But older viewers, while they’ve also shifted over to non-linear viewing and while they’re also watching plenty of Netflix, they’re still more likely to watch live. They’re still likely to have habits. Therefore, their audience is bigger, and that can make a difference. [Advertisers] are going to go where the money is. They’re going to go where the viewers are, and that’s an older demographic.

There are advertisers who are starting to recognize that a little bit. There are networks that are recognizing that, and they’re sort of opening it up a little bit [to viewers other than younger ones]. You are going to see more networks [do that].

NBC, in particular, was a network that for the longest time was known as the demographic network. It was all about 18-to-49s. It still is, to some degree. But under Bob Greenblatt, who runs NBC, they have cast a wider net. They put on the Dick Wolf shows for Chicago everything, and it’s paid off, because its brought overall stability.

And CBS’s philosophy always was: We cast a wide net, and we get lots of everyone, including a decent number of adults 18 to 49, if the show is broad enough. You’re going to see even more of that.

And in the non-linear space, Netflix does not care how old you are. They don’t monitor it — they say. They want viewers of all ages, as long as [those viewers are] paying the bills. And a lot of times, it’s the people over 50 who are paying the bills, including for the people under 20.

For so much more with Joe, including a brief history of the Nielsen ratings, an argument for why Netflix and other streaming sites will never be accurately measured, and thoughts on the potentially apocalyptic future of television, listen to the full episode.

Myanmar has killed at least 7 during its latest lethal crackdown on protesters
3 winners and 2 losers from the August 7 primary and special elections
Why the AstraZeneca-Oxford Covid-19 vaccine is different
Michael Cohen’s testimony could be bad news for Donald Trump Jr.
As crowds flock outdoors for Memorial Day weekend, government officials stress caution
Live results for 2020’s criminal justice ballot initiatives