Hillary Clinton blasted Trump on Twitter before his meeting with Putin 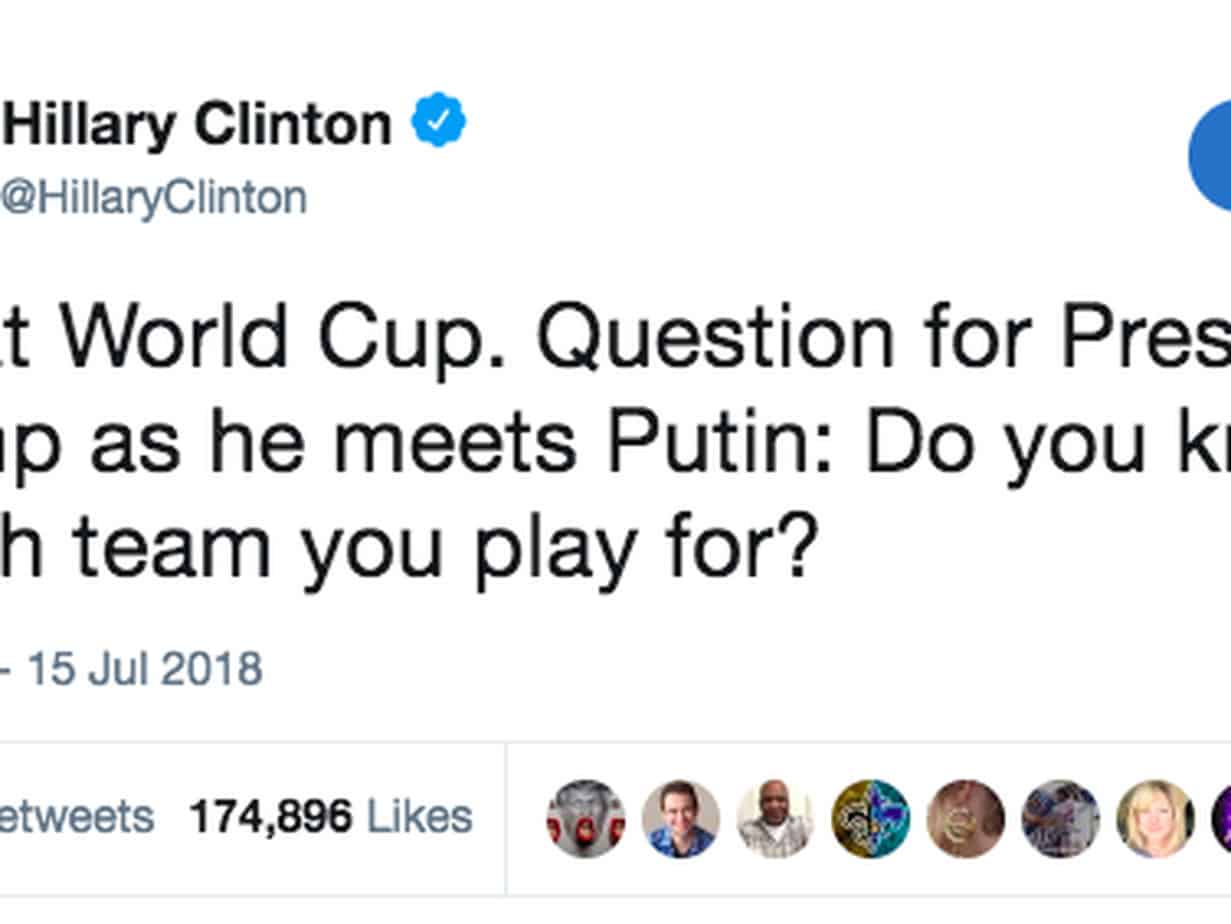 She has a good reason to be skeptical about Trump’s motives going into the Putin meeting.

Trump is in Helsinki, Finland, for his first official meeting with Putin. Among other things, the two leaders are expected to talk about Russia’s meddling in the 2016 presidential election, Russia’s annexation of Crimea, and the war in Syria. But Trump has already admitted that he’s setting the bar low for the meeting and doesn’t expect major outcomes.

“I go in with low expectations,” Trump told CBS Evening News on Saturday. “I’m not going with high expectations.”

Despite this, it’s still a big deal that Trump is meeting with Putin. And Clinton is skeptical about Trump’s motives. On Sunday night, following France’s win in the 2018 World Cup, Clinton blasted Trump:

Great World Cup. Question for President Trump as he meets Putin: Do you know which team you play for?

And it seems like she had a good point: Just hours before the meeting was set to begin, Trump tweeted that the US is to blame for poor relations with Russia:

Our relationship with Russia has NEVER been worse thanks to many years of U.S. foolishness and stupidity and now, the Rigged Witch Hunt!

And although top Democrats called on Trump to cancel his meeting with Putin in light of Mueller’s stunning indictments, the meeting was not canceled and remains underway.