Homeless Americans are eligible for stimulus checks. Here’s how they can get their $1,400. 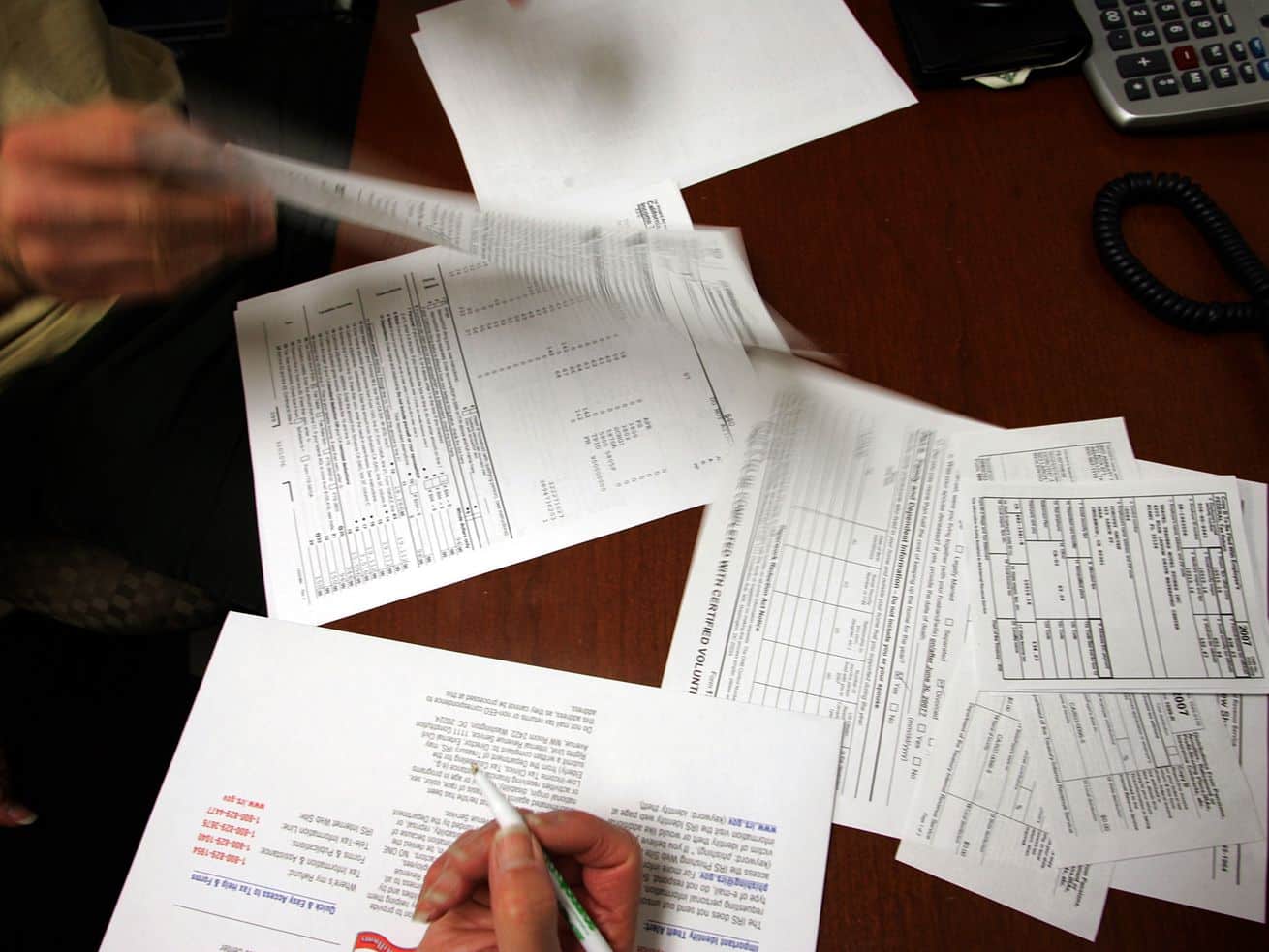 Benefits don’t do any good if they don’t reach their recipients. They often don’t.

That’s a significant chunk of money, enough to be life-changing for people saving up for a security deposit for an apartment, finally getting needed medical care, paying for the transition into a better job, or dealing with unexpected life events. In the latest stimulus bill, there’s even more money for anyone eligible for unemployment and anyone with dependent children.

But for the people who need the checks most, they can be hard to get. That’s because the primary mechanism by which the government sends the checks to people is through their tax filing — that is, stimulus checks are sent automatically to households that filed tax returns. But lots of America’s poorest households don’t file taxes because their income is low enough that it’s not required. ProPublica estimated in the fall that 9 million Americans who were eligible for a stimulus check didn’t receive one, mostly because their income was so low they didn’t file taxes.

And for people experiencing homelessness, the problem is especially acute. In addition to not having filed taxes, most are likely to not have a fixed address the checks can be mailed to, a bank account they could be deposited in, and identification documents needed to prove their eligibility.

But people experiencing homelessness are eligible for stimulus checks. And getting them those checks would be a badly needed boost.

The inaccessibility of checks to those who need them most is a depressing state of affairs, but advice has been circulating online about what to do about it. One post by activist Hamdia Ahmed has been shared more than 100,000 times:

I was really upset that homeless people did not have access to the $1,400 stimulus check.

I just found this out. If you are homeless, you can go to a tax return office where they will file something called EIP return. They will put the money on a debit card after.

As Ahmed says, right now, filing a tax return is probably the best way to get the checks if you missed out. (The EIP is just the official word for the stimulus checks — they’re called “economic impact payments.”)

Until November 2020, the IRS had a “non-filers tool” available for people to claim stimulus checks without filing taxes — but that online tool has now been shut down. Now, the only remaining way to get the checks is to claim them as a rebate on your taxes. The tax deadline is usually April 15, but the IRS has announced plans to delay it because of the pandemic.

There are free online tools to file taxes for anyone with less than $72,000 in income, and the IRS also offers free, in-person assistance programs for those in need: Volunteer Income Tax Assistance, and Tax Counseling for the Elderly, which run until April 15, 2021 (and may run longer because the April 15 tax deadline has been extended by a month). There are also tax-return offices that will help in exchange for a share of the rebate — though you should look for one that takes a reasonable cut, because some will demand hundreds of dollars more than others will. If you don’t have a bank account to which the check can be direct-deposited, it can be sent to you as a debit card.

There are also lots of community organizations successfully working to get people checks. ProPublica covered Angel Resource Connection, which set up tables outdoors in the Seattle area to help homeless people fill out the IRS “non-filers tool.” Lines were hours long, because every person required about 20 minutes of one-on-one attention from a volunteer to navigate the glitchy form.

While local organizations are helping people experiencing homelessness get their stimulus money, United Way has a helpful online guide, and a national hotline: (844)-322-3639. And according to MarketWatch, if you don’t have a permanent address, you can have your stimulus money mailed to your local post office, homeless shelter, or religious place of worship.

So there’s a route to get the check even if you’re homeless. But filling out government documents without a fixed address, access to a computer, or official ID is still a barrier for many people.

That frustrating situation has created a void into which organizations have stepped — sometimes with dubious results.

In California, a company called Docuprep offered to get homeless people their $1,200 stimulus checks, giving a customer $800 and keeping $400 for themselves, a hefty cut. But as news reports have shown, that experience has not gone smoothly. More than 60 percent of the applications from homeless people were rejected by the IRS because names and information didn’t match what the government had on file. Simple misspellings, name changes, and other data mismatches can delay the process of getting a return approved and getting a check.

But even for the remaining 40 percent of the applications, the checks were not delivered in November, when they were promised, or in December, or in January. Instead, the checks were repeatedly delayed as the IRS tried to make sure the program wasn’t fraudulent. Frustration has mounted as Docuprep has failed to deliver the checks. The phone number on the company’s website is now disconnected, and it’s not clear how many people — if any — got their checks.

But this problem of an overcomplicated system that makes it hard for people to access benefits isn’t limited to the stimulus checks. For many government benefits, lots of people who are eligible don’t get it — often because they have no idea how to sign up.

An August 2020 report from the Department of Agriculture finds that 16 percent of those eligible for food stamps don’t get them. The number varies enormously state-to-state, which suggests that state-specific differences in eligibility messaging, sign-up processes and benefit delivery likely contributes to the differences. The Temporary Assistance For Needy Families program is notoriously difficult for eligible families to access, and only about 23 percent of them were receiving aid in 2019.

Homelessness, disability, and extreme poverty all make benefits harder to access — so the people in the greatest need are often the likeliest to fall through the cracks.

As my colleague Dylan Matthews has repeatedly argued, the federal government needs to make its assistance programs simpler and more accessible. Some headway was actually made on this issue in the recent stimulus plan — Biden’s child allowance converted the existing child tax credit into a near-universal benefit sent to eligible recipients every month, making the program both more generous and accessible. But that’s a one-year fix, and there’s much more work to be done on this front.

Needless to say, this is a terrible way to do stimulus payments — and every other form of government help. If the federal government wants to help people, it’s not enough to pass programs that help them in principle — the government actually has to build the infrastructure to get that help into their hands.

For example, the IRS was made responsible for sending out the stimulus checks and publicizing eligibility, but it doesn’t have a budget for public outreach or marketing. It could easily have been given one along with the responsibility of sending the checks out.

There are bigger-scale solutions, too. Some policy thinkers favor giving every American a federal bank account, which would simultaneously solve the problem of underbanking — where poor people, who aren’t profitable for the banking system to seek out as customers, struggle with access to basic financial services — and the problem of sending out stimulus checks and benefits. In principle, the government could respond to recessions, pandemics, and disasters of every kind by just dropping some money in our Fed Accounts.

The last few years have seen a dramatic turn toward cash as a way of solving hardship. Research has found that poor people use cash to work more and improve their lives, and that cash is often the best way to help them. The stimulus checks were overwhelmingly popular, and the Democratic Party won a Senate majority largely on the strength of a promise to send more checks, which they have now done.

But a policy of sending checks needs to be coupled with a plan to actually get those checks to people experiencing poverty and homelessness.

Covid-19 hospitalizations in the US have hit a record high
The Pentagon’s diversity training needs an update. A new bill could make that happen.
Vaccine side effects are actually a good thing
Megan Thee Stallion, Taylor Swift, Billie Eilish, and H.E.R. win the 2021 Grammys’ top trophies
Donald Trump seems fine with Nazis gathering on his lawn
The technology that’s replacing the green screen