House Democrat: here are 8 scandals Congress should investigate instead of Twitter bias 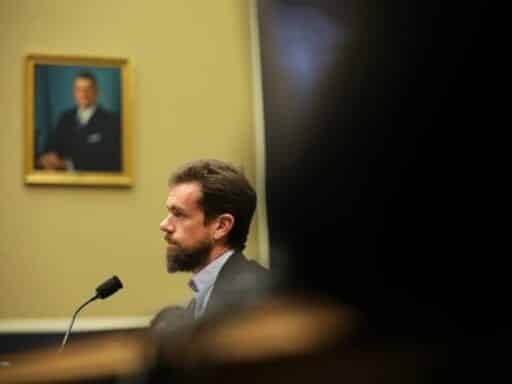 Twitter’s Jack Dorsey is testifying in Congress. Democrats think it’s a waste of his time.

Congress is wasting Twitter CEO Jack Dorsey’s time when it should be investigating the Trump administration’s wrongdoing, Maryland Democrat Rep. John Sarbanes told Dorsey at one of his two congressional testimonies Wednesday.

Dorsey spent Wednesday fielding questions in the House about how Twitter’s efforts to combat dangerous information and misinformation shared on the social media platform is actually censoring conservative voices.

And while Republicans eagerly used the opportunity to question how Twitter guards against its employees’ personal biases when deciding what to block and remove from the site, the hearing wasn’t as enthusiastically received by Democratic lawmakers.

“Unfortunately, the Republican majority has decided to pursue the trumped up notion that there is a special conservative bias in the way Twitter operates,” Sarbanes told Dorsey. “What worries me is that this is a campaign by the GOP to work the refs, complaining about a non-existent bias and force an overcorrection which then can result in some actual bias going in the other direction.”

So in response, Sarbanes disregarded the premise of the hearing altogether, and instead read off a list of things the Republican-led Congress should be investigating and isn’t. Conveniently for Sarbanes, his speech also fit perfectly into Democrats’ 2018 message to voters: that the Republican party is corrupt.

Here’s Sarbanes’s list of what Congress should be further investigating:

“We are 60 days away from the midterm elections,” Sarbanes said. “We know there are efforts to disrupt our democracy. We know these same actors — these foreign and hostile actors — this very platform, Twitter, to sow discord … instead, here we are using our precious resources to feed deep state conspiracy theories proffered by our president and his allies in Congress.”

Sarbanes’s comments at the hearing are part of congressional Democrats’ major message to voters in 2018; they’re calling bullshit on Trump’s promise to “drain the swamp.” The pitch includes proposals to protect and improve voting rights, new ethics laws, and campaign finance reforms, including policies that would make lobbyists’ activities more transparent and tighten rules around bribery and fraud convictions.

The platform itself is reminiscent of a message Democrats campaigned on in 2006, a midterm election year that also came after historic Republican corruption scandals and resulted in Democratic control in the House, Senate, and a majority of governorships.

It’s not clear, though, what Dorsey made of it, since Sarbanes didn’t ask Dorsey a question or give him time to respond.