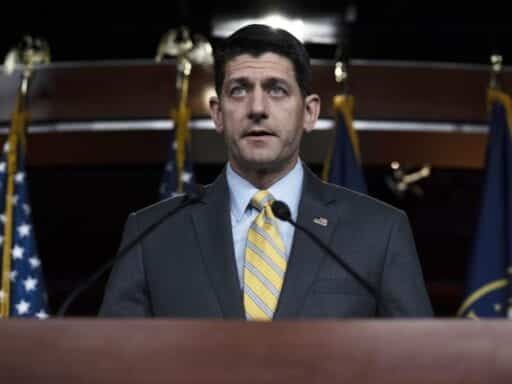 Republicans go back to the drawing board.

House Republicans are going back to the drawing board on immigration.

On Thursday, House Republicans failed to pass a conservative immigration bill originally introduced by Rep. Bob Goodlatte (R-VA), which would have drastically cut the nation’s legal immigration levels and provided an extension to the Obama-era Deferred Action for Childhood Arrivals (DACA) program. All Democrats and 41 Republicans voted against the bill.

This was supposed to be the first of two votes on Republican-led immigration bills on Thursday: Goodlatte’s conservative proposal and a “compromise” bill between House conservatives and moderate Republicans. But House leadership keeps delaying the vote on the “compromise” bill, which offers a Republican solution to DACA and the family separations policy at the border — first for one more day, and now not until next week — in yet another attempt to reconcile some intra-party turmoil between party factions. In other words, they’re preparing themselves for failure on immigration — but they are buying a little more time first.

Leadership held a briefing for Republican House members walking them through each provision of the “compromise” bill Thursday evening, after it became increasingly clear that lawmakers didn’t even know what exactly they were supposed to be voting on, and that both bills would have likely failed.

“The fact that the room’s full is instructive — there are a lot of questions about the bill,” Rep. Mark Amodei (R-NV) told reporters coming out of the closed-door Republican briefing. “Well, let me put it this way, I don’t imagine you go through the bill section by section if you have 218 votes.”

Meanwhile, Trump tweeted Friday morning that Republicans should “stop wasting their time” with the whole immigration effort and wait until after November when he said there would be a “Red Wave” election, blaming Democrats for “obstructing” negotiations.

Needless to say, neither proposal was designed to get any Democratic support, and Republican lawmakers themselves aren’t optimistic they’ll be making any electoral gains in November. Republicans might be delaying the vote, but it’s far from certain that time will reconcile the big divisions on immigration within the Republican Party.

Republican lawmakers are supposed to vote on sweeping immigration reform. They don’t know what’s going on.

The dispute, Meadows said, was over certain provisions — about border security and judicial purview over immigration cases — that he was told would be in the bill but weren’t.

By Thursday morning, Meadows said it was unlikely the “compromise” bill could pass on the House floor. At that point Ryan said he would still put up both bills for a vote even if they would fail, simply saying the two votes are so members can “express themselves by voting for the policies they like.” But by Thursday afternoon, conservatives and some in House leadership — like Majority Whip Rep. Steve Scalise (R-LA) — had advocated for a little more time to negotiate.

They also needed more time to tell lawmakers what they would actually be voting on, scheduling a briefing with House Republicans to go over the “compromise” GOP immigration proposal Thursday evening. By the end of the meeting, top Republican lawmakers were saying the bill would be seeing additional changes, including possibly adding conservative proposals like mandating E-Verify, an electronic system that allows employers to check the immigration status of possible employees against federal records before hiring.

As it stands, the “compromise” bill would offer legal status for young unauthorized immigrants known as DREAMers and a path to citizenship for some, based on merit; direct billions of dollars toward a southern border wall; make cuts to legal immigration; and make it harder to seek asylum.

Confusion about which bills would be getting a vote started Wednesday afternoon. Rep. Markwayne Mullin (R-OK), a member of the Republican whip team, came out of a meeting with House Republicans and told reporters there are three possible immigration bills, two of which could get votes Thursday — a sentiment that was echoed by several other Republican lawmakers in interviews with Vox. But House leadership said there are only two.

This was a bad-faith immigration debate from the beginning

There’s a world in which Congress could pass immigration reform.

We do not live in that world. Rather, the Republican “compromise” is a clear reflection of Trump’s hardline immigration views; it asks moderate Republicans and Democrats to accept a slew of conservative reforms to almost every arm of the immigration system, legal and illegal, in exchange for a partial and less-than-certain path to citizenship for DREAMers. Already, Democrats have balked at both Republican immigration proposals. And the bill still isn’t enough for conservatives, many of whom are decrying it as amnesty.

The partisanship in this House Republican immigration debate is by design.

But it’s clear this process won’t actually make law. Not only are Republicans having a difficult time finding consensus among their own ranks in the House, neither the Goodlatte proposal nor the GOP “compromise” has Democratic support.

Even Trump asked what the “purpose” of the two House bills is, if they are unable to get nine Democrats in the Senate to support it, again blaming the left for “obstructing” the process. But despite Trump’s desire to use Democrats as a punching bag, it’s clear there’s enough chaos among House Republicans alone.

Vox Sentences: North Korea’s worst drought in decades
Who died in Game of Thrones’ Battle of Winterfell, and who survived: the full list
The current hunger crisis in the US, in photos
Joe Biden wins some early Congressional support, but former colleagues see challenges ahead
Former CIA director: Trump-Putin press conference “nothing short of treasonous”
The 30-something life crisis