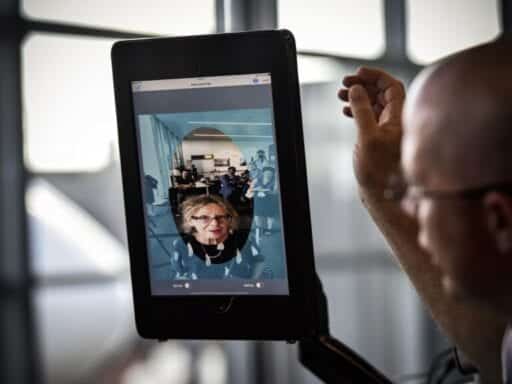 The candidates agree that more legislation is necessary to combat the dangers of widespread facial recognition.

To find out how 2020 Democratic candidates would use their presidential powers to address different aspects of technology, we sent seven key questions to every campaign. This post includes five candidates’ answers to the sixth question. You can find answers to the other six questions on the landing page.

Bernie Sanders: [I] released a criminal justice reform plan in August that would ban facial recognition technology for policing. This includes at the border and the interior for immigration enforcement. [I believe] this technology is dangerous and under-regulated, and it represents an intrusion into the privacy rights of Americans.

Elizabeth Warren: I’ll establish a task force on digital privacy in public safety to establish guardrails and appropriate privacy protections for this and other surveillance technology, including the use of facial recognition technology and algorithms that exacerbate underlying bias.

Pete Buttigieg: Across America, individuals are being watched — through public cameras, cellphones, and other devices — sometimes without the consent of the individual. In fact, the faces of more than half of American adults are in a law enforcement face database. These databases and technology — if used improperly — can seriously intrude on civil rights. At the same time, they are are critical to law enforcement and help ensure public order, reduce crime, and maintain national security. We, as a society, must decide how we want innovation to be implemented and what protections we want in place.

Bipartisan legislators in Congress, as well as jurisdictions across the country, are considering restrictions on law enforcement’s use of face recognition technology. As president, I will convene a range of experts — from law enforcement to the tech industry to civil rights groups — and issue formal guidance on how to strike a balance between privacy and public order. Further, I will direct the Department of Commerce and the Department of Justice to launch an interagency council on technology privacy that will review the public guidance, work with Congress to introduce legislation that regulates evolving technology, oversees the implementation of standards at the federal level, and collaborates on funding opportunities with the Bureau of Justice Assistance and other federal grant-making agencies.

Tom Steyer: Facial recognition is unreliable, intrusive, has egregious racial biases, and has no place in policing.

Michael Bennet: Facial recognition technology has considerable potential for abuse in government surveillance and policing and by malevolent private actors. Local, state, and federal governments should establish clear policy that captures the benefits of the technology for public safety while addressing very legitimate concerns about privacy and bias. Just as important, any adoption of facial recognition technology for security must be paired with vigorous efforts to secure all biometric data collected, along with the democratic consent of the communities in which that technology is deployed. Washington needs to regulate to prevent abuse by the public and private sector alike, and to keep China from establishing a global standard rooted in values diametrically opposed to our own.

How influencers are being recruited to promote the Covid-19 vaccine
North Korea kept long-range missiles out of its military parade. It could be a good sign for nuclear...
New House Judiciary Committee report defines impeachable offenses
WandaVision is at its best when it gets weird
Russia’s growing coronavirus outbreak and its challenge to Vladimir Putin, explained
The Sinner is the rare murder mystery that doesn’t care whodunnit. Instead, it asks, “Why?”