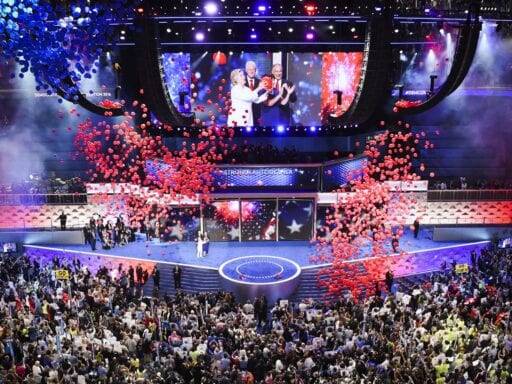 Democratic and Republican party and campaign officials are monitoring the situation.

Central to political campaigning is human contact. Canvassers knock on thousands of doors every day; candidates shake hands with voters and donors at a myriad of events; and supporters gather in large (and often raucous) crowds at rallies — all things that public health experts would advise against in the middle of an outbreak.

As of March 5, there have been 209 confirmed cases of Covid-19, the disease caused by the novel coronavirus, in the US, resulting in 11 deaths, all but one of which have been in or near King County, Washington, home to the state’s largest city, Seattle. But it’s not just Seattle that’s affected; 25 cases have been reported in the greater New York City area, 35 in California and there have been confirmed cases in 13 other states. US public health officials warn that the virus will probably become much more widespread in the coming weeks.

“Ultimately, we expect we will see community spread in the United States,” Nancy Messonnier, an official at the Centers for Disease Control and Prevention (CDC), told reporters on February 25. “It’s not a question of if this will happen but when this will happen and how many people in this country will have severe illnesses.”

Organizers of the Democratic National Convention are reportedly putting together contingency plans to manage a potential outbreak of novel coronavirus, according to a Daily Beast report.

The convention, which is scheduled for July 13-16 in Milwaukee, Wisconsin, is set to host more than 5,000 people, including party officials, delegates, and press. While there has been only one recorded case of the virus in Wisconsin, people will be traveling from all over the US to attend the convention and could potentially bring it from other areas.

Several large conferences have been canceled amid concerns about the spread of the coronavirus. Democratic convention officials told Vox they were monitoring the situation and following the guidance of the CDC and state and local health officials.

“Ensuring the safety of convention attendees and local residents is — and will always remain — our top priority,” DNCC CEO Joe Solmonese said in a statement. “Every convention necessitates developing a number of contingency plans to provide for a variety of scenarios. As we prepare to welcome Americans to Milwaukee this summer, the convention team will remain in constant communication with the local, state, and federal authorities responsible for protecting public health and security.”

Republican convention planners expressed similar sentiments to Vox. “The convention team is closely monitoring and coordinating with key stakeholders across the Administration, HHS and CDC to obtain regular updates,” Republican National Convention Spokeswoman said in a statement. “We prioritize the health and safety of attendees and have the utmost confidence in the administration’s work and preparations.”

The Republican convention is slated for August 24-27 in Charlotte, North Carolina. Like its Democratic counterpart, it will welcome thousands of people.

According to recently issued CDC guidelines for large gatherings, organizers should be taking several key steps to prepare for and prevent an outbreak at events like the convention. They recommend developing contingency plans, promoting preventive practices such as frequent hand-washing and encouraging folks to stay home if they’re sick, developing a space to isolate staff and attendees who fall ill during the event, and developing plans to possibly postpone or cancel the event entirely.

Additionally, they encourage event staff to develop ways for people to attend remotely. That last part may require a rule change at the convention.

Those rules could be changed on short notice by the convention’s Standing Committee on Rules, according to the Daily Beast report.

DNCC officials did not respond to questions about what would happen if convention delegates become infected with the Covid-19 disease or are being held under quarantine at the time of the convention.

But even before that eventuality, the novel coronavirus is causing campaigns some consternation — even as it’s giving Democrats a new opening to criticize President Donald Trump.

Stopping the spread of the coronavirus has become a central campaign issue. Democratic candidates have criticized Trump’s top-down and overtly political approach to handling the disease’s outbreak. Sen Elizabeth Warren, who has since exited the 2020 race, had released plans for her future administration to handle the burgeoning public health issue.

Former Vice President Joe Biden penned a scathing op-ed in USA Today criticizing Trump’s handling of the coronavirus containment and highlighted how he helped manage President Barack Obama’s response to the spread of Ebola in 2014.

But beyond political posturing is the potential for regular campaigning actions to exacerbate the coronavirus situation.

With Washington’s primary set for next Tuesday, March 10, and the state still trying to contain an outbreak, campaigns are taking caution in the area. The Biden campaign told Vox they have been monitoring the ongoing risk and are following the recommendations of the CDC as well as state and local health officials. So far they have not canceled any canvassing events in King County or any other areas hit by the novel coronavirus.

But a check of campaign event calendars indicates that the Sanders and Biden campaigns (and Warren’s, before she dropped out) do not have any rallies planned in King County as of Thursday morning.

Before dropping out of the race Wednesday morning, a Bloomberg campaign spokesperson shared an internal communication sent to campaign staff about reducing the risk of contracting Covid-19. The guidance encourages staff to follow World Health Organization best practices for personal prevention and encouraged staffers in affected areas like King County to work remotely. The memo also warned that campaign events may be postponed.

Earlier this week, Trump defended holding campaign rallies amid concerns over spreading the virus. “These were set up a long time ago,” Trump told reporters during his White House meeting with Colombian President Ivan Duque. “And you could ask that to the Democrats, because they’re having a lot of rallies, they’re all having rallies, they’re campaigning. I think it’s safe, I think it’s very safe.”

He held a rally Monday evening in Charlotte on the eve of the Super Tuesday primaries but has no further rallies planned as of Thursday afternoon. The Trump campaign did not respond to a request for comment from Vox.

It’s still early days, but given that other large conferences and nonpolitical conventions are canceling, all of this might get much more serious if coronavirus spreads any further.