How a climate bill becomes a reality 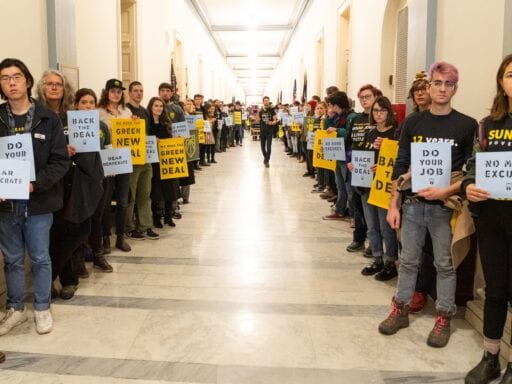 Helluva week in politics, huh? And yet, in the background, the world is still warming, the fires still burning, the future still dimming. There will be plenty of episodes on the election to come. But I wanted to take a step back and talk about a part of policymaking that is often ignored but that our world may, literally, depend on.

In campaign season, candidates make extravagant promises about all the bills they will pass. The implicit promise is the passage of those bills will solve the problems they’re meant to address. But that’s often not how it works. Between passage and reality lies what Leah Stokes calls “the fog of enactment”: a long, quiet process in which the language of bills is converted into the specificity of laws, and where interest groups and other actors can organize to gut even the strongest legislation. This is where wins can become losses; where historic legislative achievements can be turned into desultory, embarrassing failures.

Stokes is a political scientist at UC Santa Barbara and the author of Short Circuiting Policy: Interest Groups and the Battle Over Clean Energy and Climate Policy in the American States. Her book tracks the fate of a series of clean energy standards passed in the states in recent decades, investigating why some of them failed so miserably, and how others succeeded. But her book is more than that, too: It’s a theory of how policymaking actually works, where it gets hijacked, how power is actually wielded, and how to do policymaking better.

So this conversation on The Ezra Klein Show is about policymaking broadly — we talk about far more than climate, and the principles here apply to virtually everything — but is also about the key question of the next few years narrowly: How do we write a climate bill that actually works?

My conversation with Stokes can be heard on The Ezra Klein Show.

The Education of an Idealist by Samantha Power

War and Peace by Leo Tolstoy