How a Democratic president could reduce drug prices without Congress 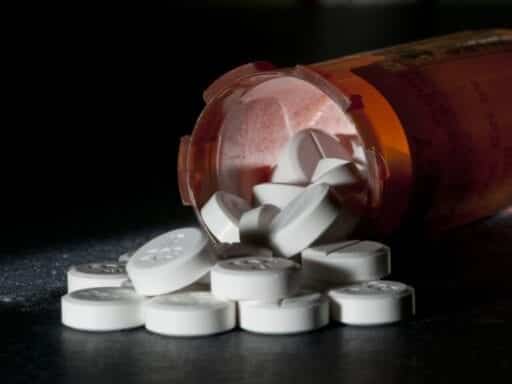 On Friday night, Sen. Kamala Harris made a campaign trail promise that grabbed some attention: If drug companies refuse to lower their prices, “I will snatch their patent so we can take over.”

According to the Washington Post’s Dave Weigel, somebody in attendance asked the obvious question: Can you do that? “Yes, we can do that,” Harris replied. “We just need the will to do that.”

She’s not the only candidate making this promise. Sen. Elizabeth Warren, Sen. Bernie Sanders, and South Bend, Indiana, Mayor Pete Buttigieg have also made similar pledges. High drug costs are one of the top health care concerns for Americans, and the candidates are billing this as something the next Democratic president could pursue on their own, with or without the support of Congress.

This whole debate centers on the patent system. The way the US drug development system works is pharmaceutical companies are granted long monopolies on new drugs, which is supposed to reward them for new treatments and allow them to recoup the money they invested in researching and developing them.

But the resulting lack of competition also gives them wide leverage to set high prices. If the government were able to break those monopolies and grant patents to other competing companies, that would help to bring prices down. That’s the logic of the promise Harris and others are making.

Are they right? Maybe. But unsurprisingly, the truth is a little more complicated than the campaign rhetoric.

The means of forcibly lowering drug costs that comes up most often is known as “march-in rights.” That provision was included in the Bayh-Dole Act of 1980, which set all kinds of rules for patents and inventions that were created with government support.

The “march-in” provision allows the federal government to license a new patent to another entity under certain circumstances. The first, and most important, condition is that the invention (the medication, for our purposes) depended on government support. That would arguably apply to almost any drug that comes on the market: As STAT reported in 2018, every one of the 210 prescription drugs approved from 2010 to 2016 relied directly or indirectly on research funded by the National Institutes of Health.

But that is not sufficient, under Bayh-Dole. Other conditions must be met. The law sets out several circumstances under which the government can “march in” and issue competing patents. One favored by those who advocate for aggressive action dictates that march-in action is necessary when the patent owner has not and is not expected to pursue the practical application of the patented invention (drug). The law elaborates to say the invention’s benefits must be “available to the public on reasonable terms” or else march-in rights could be exercised.

It is the “reasonable terms” language that two college professors cited to argue in 2001 that the government could use march-in rights to intervene when drug prices are too high. Before then, there had been only one instance of petitioners asking the government to utilize march-in rights to reduce drug costs. Since then, five more such petitions have been submitted to NIH.

Yet none of them have been granted, with both the Bush and Obama administrations declining to use march-in rights. The reason is quite simple, as Georgetown professor John Thomas reviewed for the Congressional Research Service in 2016: The government, at least to date, does not believe high prices are a sufficient reason to exercise march-in rights.

In 2004, the NIH made its position plain and the agency has not wavered in the intervening years:

The NIH agrees with the public testimony that suggested that the extraordinary remedy of march-in is not an appropriate means of controlling prices. The issue of drug pricing has global implications and, thus, is appropriately left for Congress to address legislatively.

Now a new administration inclined to use march-in rights could potentially come to a different conclusion.

“If the administration were really serious about not just lowering drug costs, but using fairly extreme measures to do it, this is a strategy they could use today if they wanted to,” says Rachel Sachs, a law professor at Washington University in St. Louis.

It is notable that Warren, in detailing her executive agenda for health care, cited a different condition set out in Bayh-Dole than the “reasonable terms” — one that allows for march-in action to alleviate health and safety needs — in pledging to use her executive authority to lower drug costs. But the legal perils of using march-in rights are evident, given the precedents set by prior administrations and the peculiarities of the language of Bayh-Dole.

In other words, the government can authorize the production of cheaper versions of patented drugs so long as they pay the company that owns the original patent a fair price.

The authors note that the government has used this authority before or threatened to as a means of leverage with drug makers: in the 1960s, the Defense Department bought an antibiotic from an Italian company instead of the US patent holder, because the Italian version was more than 70 percent cheaper. More recently, in 2001, the Bush health department threatened to use 1498 to purchase an antibiotic that is used to treat anthrax exposure; the US patent holder cut its prices in half in response.

However, the use of 1498 declined in the 1970s, for reasons the Yale authors say are unclear. There are some obvious explanations: Namely, the drug industry was viciously opposed from the start to such strong-arming by the federal government. Coming up with appropriate compensation for the patent holder was another possible culprit, as well as a general shift toward “propertarian” thinking, a libertarian ethos that grants something close to absolute authority to a property owner.

The recent crisis of high drug costs has renewed interest in 1498, however. The Yale authors make the case that the code could be applied for the new hepatitis C treatments that can effectively cure the disease but also come with a very large price tag (the first treatment came on the market at $84,000 a pop).

Other academics have argued that the federal government could exploit the statute to compel lower prices for naloxone, the opioid overdose treatment. The provision could be effective in two ways, supporters argue: either through the direct purchase of cheaper alternatives to expensive drugs or by forcing the US patent holders to come to the table and negotiate a lower price so as to keep the business for themselves.

Intense lobbying at the least and possibly litigation would surely follow the government’s pursuit of 1498. At the least, drug companies will want a lot of compensation.

It has been sitting on the shelf for a long time for a reason. But the Yale authors make the case that there is strong precedent for using the provision to extract lower drug costs, at least when there is a strong public health case to be made. Warren notably limits her proposed actions to drugs where there is clearly a strong public health need, Sachs pointed out, like for insulin or for EpiPens.

One other potential limitation is FDA exclusivity periods, which are separate from the patents awarded to drug companies. During those periods, the FDA can’t approve another drug for the same condition and a drug maker cannot be compelled to share materials with a generic competitor, Sachs says. So the sweet spot for 1498 action would be for drugs that have had their exclusivity periods expire but that are still on patent.

“If you think companies really do need some time on the market to recoup investment, then they can achieve some type of return,” Sachs tells me. “But after that, if a company is behaving in an anti-competitive fashion, then the government can step in and restrain these bad actors.”

If the next president pulls out either of these tools, they would surely be met with resistance. But there are clear openings under existing federal law for an ambitious executive to attempt through administrative action to reduce drug costs. As Harris said in her comments over the weekend, all it requires is the will to do it.

Michael Bloomberg is going all in on Democratic House candidates in 2018
Justice Department now says its email accounts were “potentially accessed” in Russia hack
Boris Johnson, the UK’s prime minister, explained in under 650 words
A federal judge blocked New York’s latest attempt to crack down on Airbnb
Trump escalates feud with London mayor by calling him a “stone cold loser”
The Bezos divorce, explained