How A Very English Scandal spins sensationalism into empathy 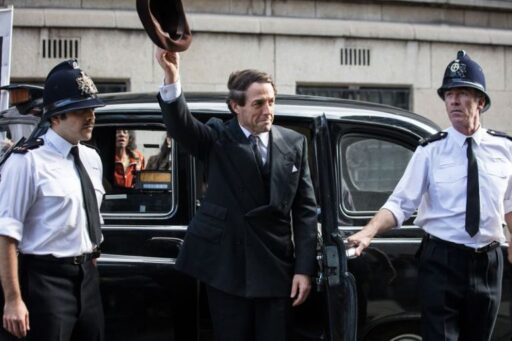 There’s an obvious surface appeal to A Very English Scandal.

The three-part BBC miniseries, which premiered stateside via Amazon Prime on June 29, stars Hugh Grant and Ben Whishaw, two of the most appealing performers of their respective generations (and riding high off of the popular embrace of Paddington 2). That alone would be enough to sell the series — and seems to be the factor drawing most viewers in — but there’s more to director Stephen Frears’s latest work than just its star appeal.

As suggested by the title, the series focuses on a real-life 1970s British scandal involving sex, attempted murder, and a prominent politician, and it ended so improbably that it spawned a comedy record. At the time, the scandal was the subject of ridicule and disbelief. Now, four decades on, it’s taken on a deeper resonance.

In other words, come for Grant and Whishaw; stay for much, much more. With some distance between us and the scandal in question — and the sexual politics of the time — the series’ close look at the events humanizes figures who were made laughingstocks at the time. In doing so, it packs an emotional punch, mixing comedy with tragedy, and forcing the audience to confront the effects the social mores of the time had on these very real people.

So what was this very English scandal, exactly?

As might be evident from the series’ pedigree — the screenplay was written by Russell T. Davies, of Queer as Folk and Doctor Who fame — A Very English Scandal balances tragedy and comedy in a way that reflects just how inextricable the two often are in real life. The details of the scandal are larger than life, but A Very English Scandal’s fabulist sensibility is restricted to some emotional beats between Jeremy Thorpe and Norman Scott (played by Grant and Whishaw, respectively) rather than in any of the details of what happened.

In the 1970s, British politician Jeremy Thorpe was tried for incitement and conspiracy to murder. As if that weren’t scandal enough, his would-be victim was his former lover, Norman Scott. Though homosexuality had been decriminalized in Britain in 1967, being openly gay was still essentially unthinkable, especially for a prominent public figure. Thorpe knew that, and as Scott, with whom he had been involved in early ’60s, became more of a liability, Thorpe apparently began to tell his friends that Scott had to be taken out of the picture.

The attempted murder was a disaster. The “killer” was an off-duty airline pilot, Andrew Newton, who ended up shooting Scott’s dog and running off after the pistol failed to fire again. Upon his release from prison two years later (during which time the scandal was still brewing), he sold his story to the London Evening News, spurring an investigation and trial, and ruining any chance Thorpe had of burying the whole affair, as he had evaded Scott’s multiple attempts at blackmail.

Though Thorpe was ultimately found not guilty, the scandal marked the end of his involvement in politics, and in any position of power. The verdict didn’t really matter; Jeremy Thorpe was gay, and that was that. Thorpe — a former paragon of the British establishment, Eton- and Oxford-educated, and the leader of the Liberal Party — was disgraced.

Though A Very English Scandal is a fictionalization and takes some liberties with the narrative — Thorpe’s misuse of party funds is cut out for time, and his actions are made definite rather than relatively ambiguous — it makes up for what ground it has to cede by making the emotional waters murky.

Grant and Whishaw play their parts heartbreakingly well, especially Grant, who manages to make Thorpe both tragic and loathsome. He hides and uses Scott, yes, but that doesn’t discount the possibility that Thorpe may have truly loved him. In certain moments, when there’s no public or press to perform for, the bright charm he possesses simply turns off, leaving only a sense of emptiness behind. That ability to carry off an emotional turn is ultimately what makes the series tick.

Both Scott and Thorpe’s public personas are loud, but their masks have slipped by the time that the series ends. The verdict isn’t a victory for either of them. Thorpe, of a generation and mindset that prompts him to tell a friend that he would rather blow his own brains out than be publicly exposed as gay, has been ruined without ever having been able to truly embrace his sexuality. Scott, who is on the cusp of an age in which homosexuality will be more accepted, has repeatedly had to suffer being silenced and erased, and ultimately dragged through press coverage.

When Thorpe’s barrister asks him why he chose Scott, of all people, to fall for, Thorpe’s answer is filled with subtext. As he muses entirely in hypotheticals, he paints a picture suggestive of the dangers of cruising — of being homosexual in a time when it was illegal and thought of as a sin or an illness. Through flashbacks, we see Thorpe assaulted by the men he’s picked up in the past, before, during, and after the act. As we’ve seen, that violence was absent in his relationship with Scott, even if their emotional bond did sour toward the end.

The scene takes all of the punch out of the jokes and ridicule that were common following the trial. Suddenly, Thorpe is no longer an abstract figure. Maybe he’s still deserving of our derision for how he chose to handle the affair, but he’s no less human for that. After finishing the series, it’s difficult to imagine cracking any real jokes about Thorpe’s fate, or Scott’s testimony, especially as the last scene emphasizes how alone they both are.

The series isn’t devoid of a sense of sensationalism — the location cards are heavily stylized, and there are intermittent montages that lend to a sense of breeziness — but the performances anchor it in a way that involves the viewer rather than allowing for a completely passive viewing experience. No matter whether you’re rooting for Thorpe or for Scott, you feel for both of them. They’re just as trapped by public opinion as they are by the social restrictions of the time.

That emotional impact is a coup for a series about a story that took place a few decades ago, as well as one that likely won’t be familiar to a non-English audience. Decades after the fact, it brings a larger-than-life scandal back down to earth, asking those who lived through the events to reconsider how handily they were dismissed. The series offers viewers a look at a tragedy that ultimately could have been prevented if not for the social mores and restrictions of the time — constraints that to a certain degree still exist today.