How America’s opioid epidemic could get even worse 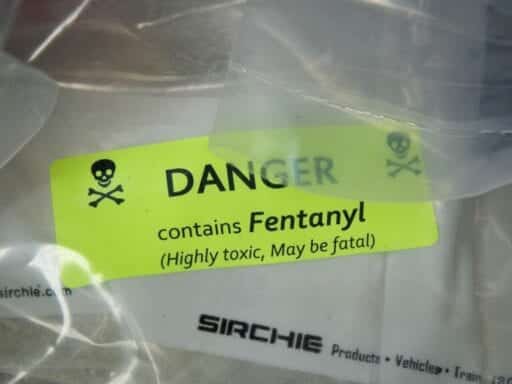 A new report warns about the possibility of fentanyl, a synthetic opioid, going west.

The latest news on America’s opioid epidemic seems positive: Based on preliminary data, drug overdose deaths may have fallen in 2018 — for the first time since the crisis began in the 1990s.

But a new, exhaustive report by RAND, led by researcher Bryce Pardo, points to one way the opioid crisis could still take a turn for the worse, possibly leading to thousands more deaths each year, if the market for fentanyl were to become more widespread.

The report documents the rise of the synthetic opioid fentanyl and its analogs, which have increasingly been mixed with — or outright replaced — heroin and opioid painkillers in the illicit drug market. This trend toward fentanyl is known as the third wave of the opioid crisis, following the first wave of prescription opioids and the second wave of heroin.

The trend has led to a steep increase in overdose deaths, because fentanyl and its analogs are far more potent than other illicit opioids, and they’re a less-known quantity than heroin, making it hard for people who use opioids to properly calculate a safe dose. RAND’s report finds the introduction of fentanyl doesn’t increase the number of people who use opioids — the past decades’ increase continues to be linked primarily to the proliferation of painkillers — but instead increases the number of overdose deaths.

But while fentanyl and its ilk have already led to an increase in overdose deaths, that has mostly happened in the eastern parts of the US and especially the Northeast and Midwest, largely due to differences in drug trafficking networks and the kinds of heroin that fentanyl was initially laced in. And that means, in a terrifying possibility, that fentanyl still has a lot of room to grow.

“One of the most important — and depressing — insights in this analysis is that however bad the synthetic opioid problem is now, it is likely to get worse before it gets better,” the report explains. It goes on:

Fentanyl could remain a mostly New England and Midwest phenomenon for the same reasons it hasn’t spread west yet. For one, the kind of heroin that’s most common east of the Mississippi River is simply much easier to mix with fentanyl than the kind of heroin out West. That dynamic, along with the drug trafficking networks that have maintained it, could spare the West from a much bigger fentanyl crisis.

Still, it’s possible fentanyl could spread. Fentanyl became the illicit opioid of choice in the eastern parts of the US, based on the RAND report, not because people who use opioids wanted it. Instead, the sellers wanted it, because fentanyl is much more potent and cheaper — and therefore more lucrative — than heroin.

Those economic realities apply just as much to heroin markets out West as heroin markets in the East, so it could be a matter of time before illicit drug trafficking networks make the change. Once that happens, RAND found, fentanyl can spread quickly, and there aren’t any examples of a market going back to heroin once fentanyl takes over. (Estonia, in Europe, has now maintained a fentanyl market for 20 years.)

The US’s preliminary 2018 data, while generally positive, doesn’t rule out the possible spread of fentanyl. While the data suggests overdose deaths went down overall, that was mostly due to falling painkiller overdose deaths, which went from around 15,000 in 2017 to below 13,000 in 2018.

But according to the same data, overdose deaths linked to synthetic opioids, like fentanyl, went up from more than 29,000 in 2017 to nearly 32,000 in 2018. The RAND report provides one way that increase in fentanyl deaths could continue — if the drugs spread to other parts of the country.

There are solutions to fentanyl, but innovation is necessary

The RAND report is grim about the prospects of dealing with fentanyl, but it argues that there are some steps that could help.

More investment in and access to addiction treatment could save lives. In particular, studies show that medications like methadone and buprenorphine reduce the death rate for opioid addiction patients by half or more. But in the US, just one in 10 people with a drug addiction get specialty treatment, and the majority of treatment providers don’t offer the medications.

Efforts to better detect fentanyl at the border could also save lives, especially at mail and shipping routes, particularly from China and Latin America, through which most fentanyl is believed to come. Harm reduction efforts, like more access to the opioid overdose antidote naloxone and more needle exchanges, could help as well.

RAND’s report, however, argues that fentanyl is a new kind of drug problem that requires new modes of thinking. Some of the ideas RAND points to try to adapt to the internet era of drug markets, like one proposal to make fake drug-selling websites to lure would-be buyers away from the growing number of actual drug-selling operations on the web.

The report also points to some ideas that are far more controversial in the US. One is a prescription heroin program, in which treatment-resistant patients who use opioids are prescribed heroin and use it in a medically supervised setting. Another idea is supervised consumption sites, safe spaces where people can use drugs with medical supervision. A report from RAND last year found strong evidence that prescription heroin programs can save lives and reduce all sorts of drug-related problems, and positive, though weaker, evidence for supervised consumption sites.

By acknowledging that it’s not going to be possible to stop some people from using drugs, these ideas may feel strange or even dangerous, especially after decades of a “just say no” approach. But if the evidence shows these new approaches save lives (which it does), and if there’s a risk that fentanyl may spread and wreak more havoc in the US (which remains possible), then maybe it’s time to think differently about drugs and drug policy.

RAND’s report is clear about just sticking to the status quo in the face of fentanyl: “Limiting responses to small tweaks on existing approaches in the United States is likely to condemn many people to early deaths.”