How an epidemic begins and ends 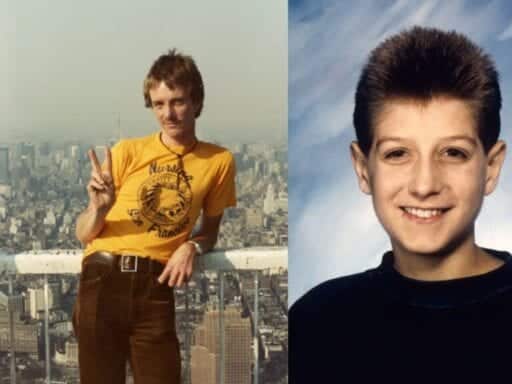 In 1981, a young nurse named Bobbi Campbell hung a poster in the window of the Star Pharmacy at the corner of 18th Street and Castro in San Francisco. The poster featured Polaroid photos of the purple spots on Campbell’s feet: Kaposi’s sarcoma, a once-rare skin cancer that would soon become well-known as a condition associated with HIV/AIDS.

“That I believe was the very first attempt at public education about the disease we now call HIV/AIDS in the entire world,” said Cleve Jones, a longtime activist and organizer in the city. “And within minutes of it being taped up there in the window, a small crowd of very anxious men had assembled on the sidewalk to look at these pictures.”

Nearly a decade later, Congress passed the first nationwide, coordinated response to the AIDS crisis: the Ryan White Care Act. In the years since, it’s dedicated billions of dollars to the fight against AIDS, and it revolutionized care for patients with this once-deadly disease. But by the time President George H.W. Bush finally signed it into law, hundreds of thousands of Americans were infected, and tens of thousands had died.

“You have to understand that people were dying every day,” Jones said. “We were in funerals every day. In our address books, we had entire pages where every name had been crossed out.”

Today, the United States is facing another public health crisis. Opioid overdoses killed more Americans in 2017 than HIV/AIDS did at the height of the epidemic, in the mid-1990s.

Senator and presidential hopeful Elizabeth Warren is using the Ryan White Care Act as a blueprint for her proposal to fight the opioid epidemic, with increased access to addiction treatment and overdose prevention. Her plan would cost $100 billion over 10 years, and addiction experts agree that this is the kind of money the United States needs to fight the opioid crisis.

Like the Ryan White Care Act, Warren’s proposal is an expensive idea, to help a deeply stigmatized population. How would a President Warren convince Congress, and the American people, to pass it?

The Impact’s first episode of its third season explores how an epidemic begins and how it ends, through the lives of two young men: Bobbi Campbell and Ryan White, who succeeded Campbell as a poster boy of the AIDS crisis. We find out what it took to get the federal government to finally act on AIDS, and what that means for Warren’s plan to fight the opioid crisis, today.

Democratic candidates want to use trade to make other countries act on climate change
Vox Sentences: The long silence after “I can’t breathe”
Vox Sentences: Election security — a laughing matter
California becomes the first state to send all voters mail-in ballots for November election
Democrats formally launch an impeachment investigation — even though some say it’s already happening
Storm Area 51 weekend had neither raids nor aliens. But it wasn’t a bust.