How an opera gets made 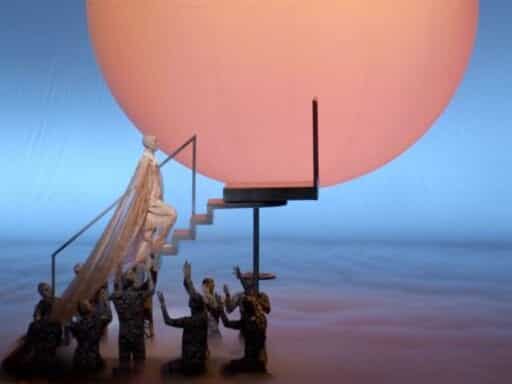 Backstage at the Metropolitan Opera.

Akhnaten is a modern opera by Philip Glass, first performed in 1984. It tells the story, through a minimalist and mesmerizing score, of the Egyptian pharaoh who, during his 17-year reign, rid Egypt of its worship of many gods and established the sun as its one true god. He is thus considered the first monotheist.

The opera represents a fever dream version of ancient Egypt. The stage design transforms from minimalist to extravagant in the blink of an eye with the changing rhythms of Philip Glass’s repetitive and hypnotic score.

The video above gives a behind-the-scenes look at the Metropolitan Opera’s production of Akhnaten. We follow Anthony Roth Costanzo, who plays Akhnaten, through the various phases of rehearsal, from working with his vocal coach in a Manhattan apartment to taking the stage for a dress rehearsal in a costume covered in doll heads.

Dear Congress: Send Americans cash. Send it now.
Vox live results: Joe Biden’s path to victory widens as Trump’s narrows
Bernie Sanders wins the North Dakota caucuses
Nuclear power has been top-down and hierarchical. These women want to change that.
Most US clinical skin care is designed for white women. This CEO is making products for everyone.
Vox Sentences: Trump wants to executive-order his way out of the Constitution