How anti-Semitism festers online, explained by a monitor of the darkest corners of the internet 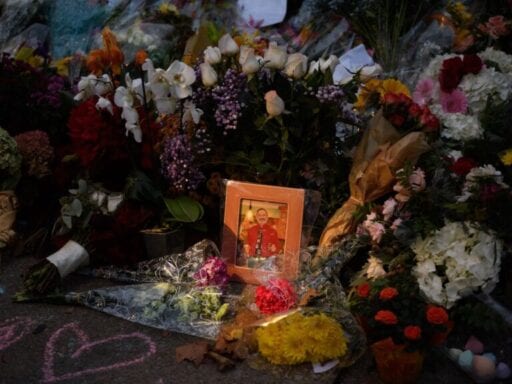 Anti-semitism is on the rise.

On Saturday, 11 Jews were killed in a Pittsburgh synagogue, shot by a gunman who has been charged with federal hate crimes, a man with a documented history of posting anti-Semitic rants and conspiracy theories on far-right social networking website Gab.

While law enforcement has not confirmed the motive for this shooting, the assailant had concentrated his energy on one particular set of conspiracy theories. According to reports of his Gab account, he echoed conspiracy claims from extremists that George Soros, the Jewish billionaire philanthropist, was secretly funding a caravan of an estimated 4,000 Honduran migrants making its way to the United States-Mexico border.

The Pittsburgh attack was the deadliest known attack on Jewish people on American soil according to advocacy organization Anti-Defamation League (ADL). But it was also one in a long line of anti-Semitic incidents, which are on the rise in the US. In 2017, the most recent year for which complete data is available, the ADL found that incidents of anti-Semitic hate (including vandalism as well as violent crime) had increased a staggering 57 percent from 2016, the highest increase on record.

The rhetoric surrounding the gunman’s stated reason for his attack — including conspiracy theories around Soros — is rooted in a much older, wider-spread narrative of bigotry.

Last week, before the attack, writer and researcher for progressive media watchdog Media Matters Talia Lavin argued in a Washington Post editorial anti-Semitic conspiracy theories about Soros — and the toxic trope that Jews or “globalists” are “puppet masters” controlling world affairs — have a long and insidious history within European discourse. And it’s resurging in the age of Trump.

I spoke with Lavin on Monday to talk about the Pittsburgh gunman, anti-Semitism, the dangers of YouTube, and more. Our conversation has been lightly edited for length and clarity.

Let’s start by talking about the history of the idea of the “globalist” in anti-Semitic discourse — namely, the idea that Jews are “puppet masters” of the political and economic world order, something that, in turn, gives rise to conspiracy. What is the genesis and history of that idea?

In modern history, the idea of Jew as a puppet master, without loyalty to his country of origin — you can really trace that back to The Protocols of the Elders of Zion, published in Russia in 1903. It was a piece of work — proven to be a forgery almost immediately — purporting to be the meeting minutes of the leaders of the Jewish people, basically speaking like cartoon villains about their designs over the global financial system, subverting the morals of Gentiles, upturning the social fabric of moral culture.

It’s had a really long afterlife — it’s sort of the original fake news, in a sense. A really good case study in how impossible a visceral notion can be to dislodge, even when it’s been comprehensively debunked.

You can trace the idea’s origins in America to none other than [entrepreneur] Henry Ford, who not only made cars but was a humongous anti-Semite. He distributed 500,000 copies of the Protocols, including at Ford dealerships. He also produced a four-volume anti-Semitic booklet called The International Jew, which explores similar themes: Jewish world domination plans. Anti-Semitism has been part of the fabric of American society.

So, let’s talk more specifically about your work at Media Matters, and in particular the way in which you’ve witnessed contemporary anti-Semitism proliferate through the internet. How does that process work? Are people explicitly seeking out anti-Semitic content, or are they getting radicalized by other means?

A big part of it is YouTube. They sort of get a pass — people don’t think of them as a big repository of hate. But YouTube’s algorithm is pretty biased toward extreme content that engages you for longer because you’re like, “Whoa, this is crazy.”

There are a lot of white nationalists, anti-Semites, and extremists who have YouTube channels. And there’s a ton of conspiracy theories that flourish on YouTube. And thanks to the recommendation algorithm, once you’ve watched one piece of extremist content — maybe you’re curious about the “real deal” with 9/11 — it’s really easy to fall down a rabbit hole and you wind up watching more and more extreme content.

I don’t know specifically if that was the case with Robert Bowers [the Pittsburgh gunman] but it’s true of a lot of people. You start out searching “vaccine” and five clicks later you’re fully in the anti-vax world. If you Google almost anything that has a conspiracy apparatus, even remotely attached to it, YouTube prioritizes extremist content.

The other part is the world of men’s rights activists and pickup artists. These tend to be young men who can’t get a girlfriend who tend to gravitate toward these forums. And they’re a really fertile ground for white nationalists. Once you’re at a point where you say, “whatever they’re saying about feminism is fake, I’m not politically correct,” it’s really easy to make the leap to, “What about race? What about Jews?”

You have these overlapping worlds — 4chan, 8chan, Gab, Voat, some of the shadier communities on Reddit — where people go to find out more, wind up having these concepts reinforced, finding a community of like-minded people, and things build and build and build that way.

It seems like a lot of these tropes have crossed over from the “fringe” into mainstream political discourse. We’ve had, for example, someone like Paul Nehman, the alt-right-endorsed candidate running in the Republican primary for Paul Ryan’s House seat in Wisconsin, openly tweeting himself reading George MacDonald’s incredibly controversial The Culture of Critique — a book beloved by neo-Nazis that openly blames Jews for bringing anti-Semitism on themselves. Are we seeing these ideas bleed into mainstream discourse more broadly?

Yes, we are seeing a whitewashing and blurring of the lines between the extreme and mainstream right, for sure. One big example is Tucker Carlson at Fox News. He often echoes themes that circulate on the extreme right. He did a segment about “white genocide,” the baseless conspiracy theory that immigration and [rising] nonwhite birthrates constitute a form of genocide by making whites a minority in the United States, who will then be wiped out by “evil scheming Jews” puppet-mastering nonwhite people. Tucker did a segment winkingly referencing white genocide.

I think that people don’t understand the degree to which anti-Semitism is both vital to and inextricable from white supremacy in the US. In the same way that the white genocide theory applies to pretty much the entirety of the extremist worldview, the world that they envision, the one that they believe they inhabit, is one in which Jews create nefarious schemes for nonwhite people to carry out as their puppets in order to support and destroy the white race.

The enemy is the Jew. The Jew is the puppet-master. Jews and anti-Semitism are absolutely front and center in every hate movement in the United States, and that’s something people don’t fully appreciate.

I want to flag a word in your answer up above — “winkingly.” I’m struck by the way in which irony and humor are often used to mask anti-Semitism in plain sight.

On Twitter, you’ll see a lot of, “It’s just a joke, it’s just trolling.” You yourself have written about the toxicity of even well-meaning liberals spreading the joke meme of “Soros checks,” or the idea that Soros is paying protestors and activists to destabilize democracy.

Can you talk about the relationship between (so-called) humor and hatred when it comes to spreading anti-Semitic propaganda.

There are two answers to this question that mutually reinforce each other. The phenomenon of anti-Semitism hiding in plain sight and in humor that is not a new one. There’s a passage in [French philosopher’s] Jean-Paul Sartre [1944 text] Anti-Semite and Jew, that reads:

Never believe that anti-Semites are completely unaware of the absurdity of their replies. They know that their remarks are frivolous, open to challenge. But they are amusing themselves, for it is their adversary who is obliged to use words responsibly, since he believes in words. The anti-Semites have the right to play. They even like to play with discourse for, by giving ridiculous reasons, they discredit the seriousness of their interlocutors. They delight in acting in bad faith, since they seek not to persuade by sound argument but to intimidate and disconcert.

That echoes so true even now. This idea that your ideas don’t have to be logically sound. They just have to disconcert the listener. You have a Pepe cartoon frog character pop in your mentions saying, “Jews are termites.” He doesn’t mean it literally — he means it to unsettle you.

And then the second part is — it’s not that hate ever disappears from the American public. It’s that, after the civil rights movement, and in recent decades, it’s become euphemized. Instead of using the “n-word,” you say “thug.” Instead of “Jew” you say “globalist.” That adds an element of plausible deniability. But it’s not that hard a code.

And I think there’s a certain amount of naïveté in the public ear. When people talk about George Soros funding the migrant caravan, you can map that directly to white supremacists talking about white genocide.

So my last question, then, is what’s next? How do we combat this? Do we address this at the level of platforms and tech companies? On the level of interventions with potentially radicalized people? What’s the most effective way to disrupt neo-Nazis’ networks?

I’m not a tactical expert — I just [monitor] the rise [of anti-Semitism] — but I do think tech companies must take responsibility for the hate and violence being stoked on their platforms and that includes hosting and service providers. We’ve started to see this piecemeal after [the 2017 white supremacist protests in] Charlottesville, after [neo-Nazi website] the Daily Stormer was kicked off GoDaddy and had this nomadic journey through different domains. And hosting services are starting to turn away from Gab, which is currently down.

But people shouldn’t have to die for tech companies to see what’s happening. It’s not like people didn’t know what Gab was before 11 people were murdered. There needs to be proactive work being done by tech companies to ensure that their platforms aren’t being used for anti-Semitism and racist hatred.

And so I firmly believe that YouTube, that Twitter, that Facebook need to take responsibility for what they are, which are platforms where hate and violence can spread.

Time magazine’s cover isn’t bold or brave. It’s exploitative.
Pete Buttigieg’s attack on “revolution politics” seemed to denounce what made his candidacy possible
Alleged Russian spy Maria Butina chatted with former Trump campaign aide ahead of the 2016 election
Why Australia’s fires are linked to floods in Africa
Chief Justice John Roberts inherits expanded role as the Supreme Court's man in the middle
Klobmentum could be happening in New Hampshire