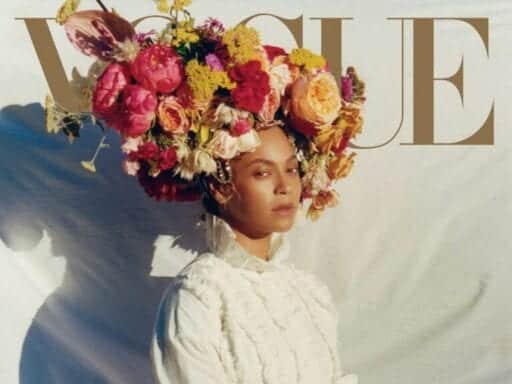 It’s the first time in the magazine’s 125-year existence that an African-American photographer shot the cover.

There are no illusions about what a milestone it is for Beyoncé to appear on the cover of this year’s September issue of Vogue. The annual September issue of the iconic fashion magazine, which even has its own documentary, is the biggest, most important, and most influential of the year — its editorial spreads can dictate trends, it’s a major draw for advertisers, and the cover always features an A-list celebrity.

But in addition to all those things, Beyoncé saw the issue as a chance to give more opportunities to people who don’t necessarily get to be a part of the cover. She tells the magazine that she hopes she can make it easier not just for more black women to appear on magazine covers (something she says she was not able to do 20 years ago when she started her career) but for black artists to work on them, too. Bey is reported to have had an immense amount of control over the 2018 September issue, and it marks the first time in the history of the magazine that an African-American photographer shot the cover:

Until there is a mosaic of perspectives coming from different ethnicities behind the lens, we will continue to have a narrow approach and view of what the world actually looks like. That is why I wanted to work with this brilliant 23-year-old photographer Tyler Mitchell.

When I first started, 21 years ago, I was told that it was hard for me to get onto covers of magazines because black people did not sell. Clearly that has been proven a myth. Not only is an African American on the cover of the most important month for Vogue, this is the first ever Vogue cover shot by an African American photographer.

Considering that American Vogue is more than 125 years old and that Mitchell’s milestone is happening only now, it’s a bittersweet achievement. It’s great that this major accomplishment happened while simultaneously bewildering that it’s taken so long.

Yet it’s easy to see why this issue mattered so much to Beyoncé, who has a history of using her fame and platform to support black artists. Here’s hoping it now becomes more of a norm than a gesture or an exception.

You can read Beyoncé’s full cover story at Vogue.

Mischief Managed
America’s most famous back pain doctor said pain is in your head.  Thousands think he's right.
“Dump Trump”: tens of thousands across the UK protest Trump’s visit
“No handshakes, please”: The tech industry is terrified of the coronavirus
Activists want to turn Brett Kavanaugh’s nomination into another health care debate
A conservative activist is under fire for calling out Republicans on coronavirus spread