How Biden’s infrastructure plan could leave child care behind 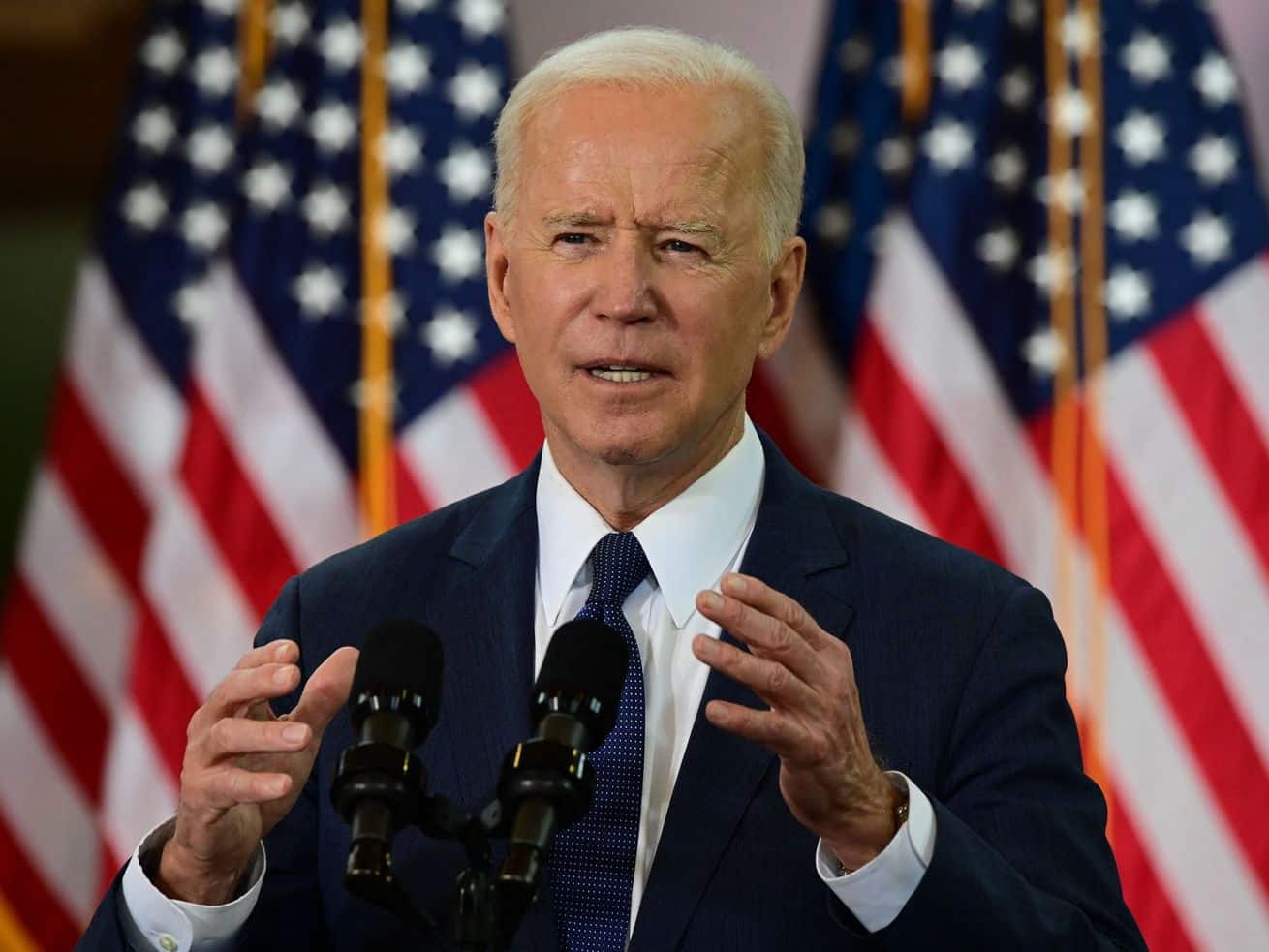 America’s child care system is broken. But Biden isn’t tackling it — yet.

One thing it doesn’t say much about, though, is child care.

The omission is notable given that on the campaign trail, Biden emphasized that child care is infrastructure — and that creating good jobs in this sector is part of building a strong economy.

“When we usually talk about jobs packages, there is a big push on shovel-ready jobs,” he said in a speech last July. “But that’s what care jobs are. … The workers are ready now. These jobs can be filled now. Allowing millions of people, primarily women, to get back to work now.”

At that time, he introduced a sweeping plan for universal preschool, affordable and accessible infant and toddler care, and a boost in wages for child care workers, who currently make an average of around $11 an hour.

None of that, however, is in the jobs plan Biden announced this week. And some lawmakers and experts are concerned about its omission.

“As we build back from a pandemic that has disproportionately burdened women, we need to recognize that child care is essential infrastructure that makes our workforce and our economy globally competitive,” Rep. Katie Porter (D-CA) said in a statement to Vox. “Any American jobs plan needs to include policies to close the gender pay gap, provide paid family leave, and make child care more affordable. President Biden made these promises, and America should hold him to them.”

The American Jobs Plan does include some money for improving child care buildings and other facilities. And the White House has said a second part of the infrastructure plan is coming soon, which will likely include more child care provisions. “In the coming weeks, the president will lay out his vision for a second package that focuses squarely on creating economic security for the middle class through investments in child care, health care, education, and other areas,” an administration official told Vox.

But some worry that by the time that second piece comes before Congress, there may be no money — or political will — left for the reforms that are needed to truly fix the problems with America’s child care system.

Those problems include concerns with physical infrastructure, like damaged or unsafe buildings, but include cost and access issues as well. Improving facilities “is incredibly important, and there’s certainly a need there,” Mario Cardona, chief of policy and practice at nonprofit Child Care Aware of America, told Vox. But “more needs to be done.”

America’s child care system — such as it is — was broken long before the pandemic hit. For families, care is often unaffordable, costing more than college tuition in many states. But workers make poverty-level wages and often lack benefits like health insurance and paid leave. For children, that means high turnover that hampers the quality of care they receive.

All this only worsened with the pandemic and resulting economic crisis, which together led to an estimated 20,000 child care centers permanently closing, leaving families with even fewer options and higher costs than before — and more than 100,000 child care workers out of a job.

The American Rescue Plan, the $1.9 trillion Covid-19 relief package signed by Biden in March, includes a much-needed $39 billion to help the child care sector recover, but that’s not a long-term solution, experts say. “It helps repair some of the damage of the pandemic, but we’re really playing catch-up,” Cardona said. “It’s going to take bold year-over-year investments” to actually make affordable, accessible child care — and good-paying child care jobs — a reality around the country now and in the future.

Biden proposed making long-term investments last summer, laying out a federal caregiving plan that would include free, universally available preschool for 3- and 4-year-olds, a system of subsidies and tax credits to make infant and toddler care affordable for families, and a pay boost for child care workers so they make as much as elementary school teachers.

But none of that was part of the American Jobs Plan Biden laid out earlier this week. The plan does include $25 billion to build and upgrade child care facilities, according to a fact sheet released by the White House. The funding would go to states with a focus on building, repairing, and upgrading infant and toddler care facilities in high-need areas.

That money is certainly welcome, experts say, especially since child care centers around the country, like K-12 schools, are in urgent need of repair. One pre-pandemic investigation across 10 states found that 96 percent of child care facilities receiving federal dollars had at least one potentially hazardous condition, like broken gates or water damage.

But “when we talk about infrastructure,” Cardona said, “it’s really important to note that for child care in particular, it goes beyond facilities improvements.” Building a sustainable child care infrastructure for the future would include making sure workers get a living wage, ensuring high-quality care for all children, and making sure care is accessible and affordable for families, he explained.

And that will cost a lot more than $25 billion. The Child Care for Working Families Act, for example, a bill introduced by Sen. Patty Murray (D-WA) and Rep. Bobby Scott (D-VA) that includes many of the reforms Biden laid out in his caregiving plan, could cost $60 billion per year — or more.

The money in the American Jobs Plan is important, Cardona said, but “it’s insufficient to meet the range of needs that exist in this country and that the pandemic has laid bare.”

It could be a missed opportunity

The White House has said that the American Jobs Plan is just the first part of a larger infrastructure package, with more to come in the next few weeks. Experts are hopeful that plan will include more child care provisions like increases to worker pay and subsidies or other supports to make care more affordable for families.

“I don’t think there’s any doubt that this president and this administration view child care on an equal footing as any other piece of this infrastructure package,” Charlie Joughin, communications director at First Five Years Fund, an early education advocacy group, told Vox.

But some worry that separating child care from the rest of the president’s infrastructure package means it could get left behind. “There’s always the worry that by separating something off like that,” the White House could convey that child care is less important or simply make legislation on the issue harder to pass, Caitlin McLean, a senior research specialist at the Center for the Study of Child Care Employment at University of California Berkeley, told Vox.

The White House says child care remains a top priority in its infrastructure agenda, with the administration official calling the American Jobs Plan and the forthcoming second plan “two equally critical packages to rebuild our economy and create better-paying jobs for American workers.”

But Porter, a single mother who has been an advocate for paid leave and other family policies, raised the alarm at a CNBC summit on Tuesday. She pointed out that by the time the child care portion makes it to Congress, members may be unwilling to apportion more funds. A point could come when, “Golly gee, there’s no money left to help make it possible for women to recover economically.” Porter said at the summit.

However, “Child care is just as essential to people being able to do their job as a road or a bridge to get them there,” she said. “The people who do the important work of giving care, whether to seniors in nursing homes or child-care providers, these are infrastructure workers every bit as much as construction workers.”

At this point, the White House has already missed its chance to include broad-based child care reform alongside roads and bridges in its first major infrastructure package. But the president can still send the message that child care — and the workers who provide it — are essential to the economy by putting those workers front and center in public statements, experts say. “I would like to see stronger language around supports for workers themselves in early care and education,” McLean said, “and really thinking about the fact that these are women, many women of color, who have been essentially risking their lives and the lives of their families for the past year.”

And ultimately, Biden’s proposal is just a way to signal priorities: It will be Congress’s job to translate Biden’s plans into legislation and actually pass them. That’s particularly dicey in the Senate, where moderate Democrats like Kyrsten Sinema of Arizona and Joe Manchin of West Virginia have nixed other progressive priorities like a $15 minimum wage.

Some moderates on both sides of the aisle, like Sinema and Sen. Susan Collins (R-ME), have been supportive of increased funding for child care in the past, Joughin noted. Last year, Manchin also joined a bipartisan group of senators in calling for more child care aid in Covid-19 relief packages. Still, getting the 10 Republican senators needed on board to pass legislation under normal legislative rules will likely be difficult — none, for example, voted for the American Rescue Plan, which led to it being passed through the reconciliation process. Any child care plan would likely similarly need to pass through reconciliation, a process that may only be usable once more this year.

However Congress approaches passing child care aid, the issue has always been a contentious one in America, with conservatives over the years painting any child care support as anti-family. By sending the message that child care is part of American infrastructure, Biden and his surrogates during the campaign began to reset the terms of the debate, making it about what’s needed to get the economy back on track.

But by leaving major child care reform out of the American Jobs Plan, they may have missed an opportunity to cement their message.