How do 3 million newly unemployed people get health care? 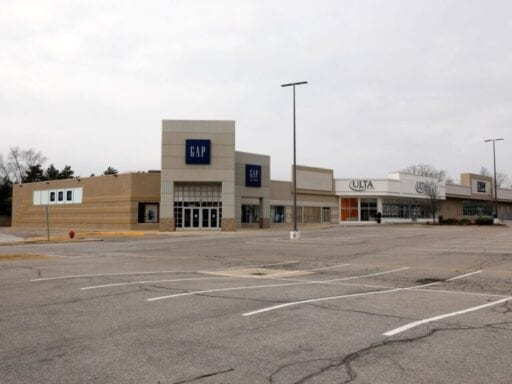 The uninsured rate is spiking in the middle of a pandemic.

More than 3 million Americans just lost their jobs in the middle of a global pandemic. For those whose jobs offered benefits, that also probably means they’re losing their health insurance, too — exposing yet another way in which the US health system is vulnerable amid a public health emergency.

And what are all of those people supposed to do now, during the Covid-19 coronavirus outbreak, when having health coverage is as vital, or more so, than ever?

”With the number of people losing their jobs, there’s little doubt that the number of people uninsured is increasing right now,” Larry Levitt, senior vice president at the Kaiser Family Foundation, told me, “at the exact time when some of them will need health care the most if they become infected and seriously ill.”

We don’t know exactly how much the uninsured rate is increasing — and it might not be by a full 3 million people, but not necessarily for fortunate reasons. A lot of these newly unemployed people probably didn’t have health insurance, or they already rely on public programs like Medicaid or the Affordable Care Act.

Survey data from the Kaiser Family Foundation indicates cooks, waiters and waitresses, sales workers, and cashiers are some of the jobs with the highest uninsured rates in the US. The food service industry has the most workers on Medicaid, according to KFF, with about 1.4 million already covered by the government program.

These jobs don’t pay particularly well, and the businesses that employ these workers are less likely to offer health insurance at all. About one-third of retail firms provide health benefits, and the service industry also ranks behind most others in providing health coverage.

So because of our fractured system, which depends on employers to cover health benefits for a lot of workers, the people who lost their jobs as the coronavirus economic panic set in were already at more of a disadvantage when it comes to getting covered.

And now those who were lucky enough to get insurance through work have lost their benefits. What are they supposed to do?

There is COBRA, though it is increasingly obsolete since the ACA became law. COBRA allows people to continue buying into their existing health plan, even after they have been laid off. They could be required to pay the full premium, with no help from their old employer, which is exorbitantly expensive: $7,200 for an individual and more than $20,000 for a family on average.

People who lost their job are also eligible for a special enrollment period on the ACA’s private insurance markets, and lower-wage workers may qualify for federal subsidies to buy a new plan. States are also moving open enrollment up to more people, though the initial deadline to sign up for 2020 coverage has passed.

Some unemployed people will be eligible for Medicaid, which determines income on a monthly basis, “so many people completely out of work will qualify,” Levitt said.

But they may not be eligible if they live in one of the 14 states that have refused to expand Medicaid under the ACA, leaving more than 2 million people in poverty without health insurance.

However, even if people remain uninsured, the Centers for Disease Control and Prevention has told me in a statement that the agency believes it has the legal authority to cover Covid-19 testing and treatment for them. From a statement sent via email:

CDC does have the authority to pay for COVID-19 testing and treatment of Americans without health insurance through various statutory authorities. Payment for testing services will be provided through a variety of mechanisms in collaboration with state, local and federal, as well as private, partners as part of a government-wide effort to ensure that those requiring access to testing receive it.

So in theory, nobody should be denied treatment or testing because they can’t afford to pay. The Trump administration is on the record saying as much.

But stories are already surfacing of Americans who were turned away or got hit with a massive bill because they didn’t have insurance. The total cost of treatment, particularly for complex cases, could add up to tens of thousands of dollars.

And even for people who do have insurance, they could be forced to spend hundreds if not thousands of dollars if they get hospitalized because of Covid-19.

Those high costs are a real obstacle in a medical crisis. We know from research that people skip needed health care because of costs all the time, including for serious and potentially deadly conditions. The last thing we want during a pandemic driven by a stealthy virus that people can pass unwittingly to others is for patients to avoid care because they’re worried about incurring a big bill for mild symptoms.

”The big concern is that people might wait until they get very, very sick before going to the hospital, and the possibility that they could have exposed more people along the way increases,” says Cynthia Cox, who directs the Peterson-Kaiser Health System Tracker.

But as the coronavirus’s economic toll starts to sink in, the challenge of getting people covered and getting them cared for is also going to deepen.

What voting has and hasn’t done for women
California primary 2020
Democrats are now eying Trump’s phone calls with Putin
Why haven’t we found aliens yet?
In Charlie’s Angels, Kristen Stewart makes a case for herself as our new Hollywood Chris
What Brett Kavanaugh’s defenders get wrong about women’s anger