How ID laws can put trans people in danger 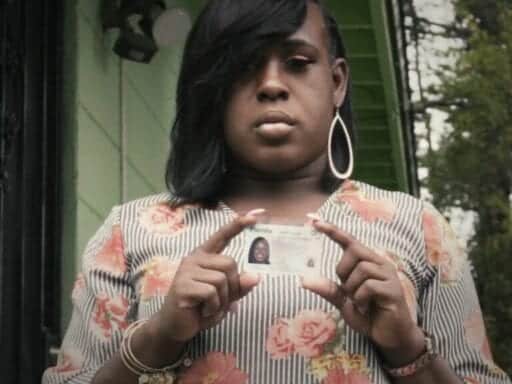 And for the dozens of unsolved trans murder cases, ID laws can delay justice.

Voting. Boarding a plane. Driving. Buying a drink. Filling out paperwork for a new job. In all these situations, showing a driver’s license or state-issued ID can be a nerve-wracking experience for transgender people.

It can also be dangerous. Having an ID with a gender marker that doesn’t match the way a trans person presents themself can increase the risk of discrimination and violence. They may be denied services, harassed, and even attacked.

And a new investigation by ProPublica found that when transgender people are killed, local law enforcement officials often only use the name and sex listed on that person’s ID while investigating the murder. They found that some 65 different law enforcement agencies across the nation have investigated murders of transgender people since January 1, 2015. And in 74 of 85 cases, victims were identified by names or genders they had abandoned in their daily lives.

In the trans community, it’s called deadnaming. And during criminal investigations, it may be delaying justice. Many people who may have known the victim will only know the name they used in their daily life.

But updating a name or gender marker — that little M or F on an ID — can be incredibly complicated and costly. The laws across the United States that determine how a transgender person can update their IDs are confusing and often contain onerous requirements. In some states, trans people are required to have expensive and irreversible surgeries just to make that change on their ID.

Check out the video above to see how the burdensome requirements for updating IDs have affected two transgender women in the South.

This story is the 12th installment of Vox’s collaboration with ProPublica. You can find this video and all of Vox’s videos on YouTube. And sign up here for ProPublica’s Big Story newsletter to get more stories like this right in your inbox as soon as they are published.