How Ikea mastered the Gruen effect 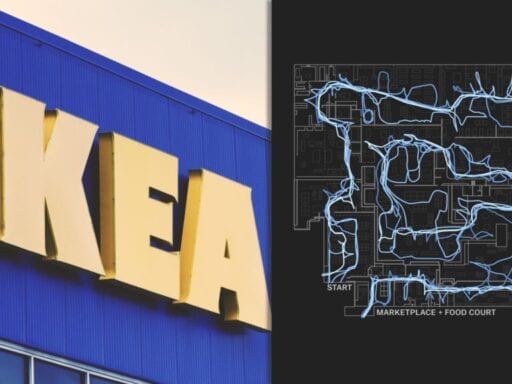 Retail stores use many tactics to get shoppers to make unplanned purchases.

Researchers estimate that 50 percent of purchases are unplanned. These purchases present an opportunity for retailers who can entice consumers to deviate from their shopping lists.

One of the most effective ways to influence consumer behavior is through a store’s architecture. Master architect Victor Gruen had a hunch about creating spectacles with light and elaborate displays. In his early designs of storefronts on Fifth Avenue in Manhattan, he created some of the first window shopping experiences, reducing the threshold between passersby and the products — and converting them into shoppers. It proved wildly successful, so much so that people now refer to this conversion as the “Gruen effect.”

Ikea has mastered the Gruen effect using story layout to influence customer behavior. From the moment you enter an Ikea, layout designers nudge you onto a specific path through a maze of products. That path is the least direct route to the register. By the time you’ve finally picked up a shopping cart and selected your first item, you’ve considered the possibilities of purchasing many of the items on display.

Researchers have found that increased exposure leads to impulse buys.

Watch the video above, featuring professor Jeffrey Inman of the University of Pittsburgh and visualizations by Farah Kazim, to learn about how Ikea has mastered the Gruen effect.