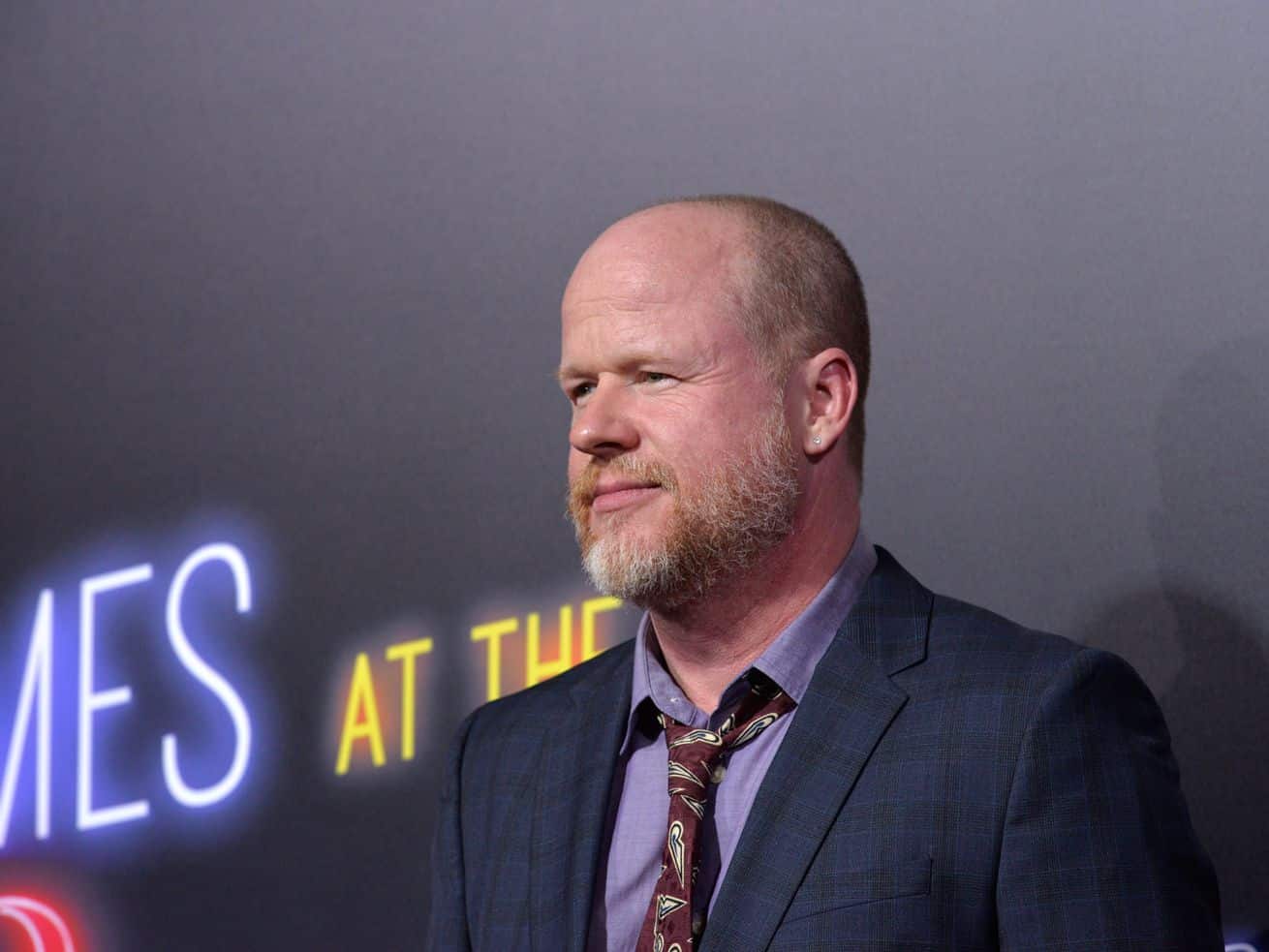 Joss Whedon won awards for his feminism. The women who worked for him say that’s not the whole story.

On Wednesday, actress Charisma Carpenter accused Joss Whedon, the celebrated screenwriter and director behind Buffy the Vampire Slayer and The Avengers, of “abusing his power” when she worked with him.

“Joss has a history of being casually cruel. He has created hostile and toxic work environments since his early career,” Carpenter wrote in a statement posted to Twitter. “I know because I experienced it first-hand. Repeatedly.”

Carpenter is best known for her role as mean-girl-turned-demon-fighter Cordelia Chase on Buffy the Vampire Slayer and its spinoff show Angel. In her statement, Carpenter says Whedon berated her over her appearance — reprimanding her for getting a tattoo, calling her “fat” when she was pregnant — and became vindictive when, after refusing multiple phone calls from her agent, he learned of her pregnancy.

Carpenter has stated publicly before that she believes she was written off of Angel in 2003 as retaliation because she became pregnant. She has also before said that Whedon assured her he wasn’t going to fire her when he put her character into a coma right before she was due to give birth, and that instead of finding out that she was fired from a producer on the show, she found out when the press called her for comment.

But in her new statement, for the first time, Carpenter says that upon learning that she was expecting a baby, Whedon asked her if she was “going to keep it” and then accused her of sabotaging the show. She also adds that after her doctor recommended shortening her work hours, she was told to report to set at 1 am, and in the midst of the resultant stress, she experienced Braxton Hicks contractions. “It was clear to me the 1:00 AM call was retaliatory,” she writes.

Carpenter is making her statement public now in support of the actor Ray Fisher, who accused Whedon of abusive and unprofessional behavior on the set of 2017’s Justice League. Since she published it to social media on Wednesday morning, multiple actors from the set of Buffy have declared their support. Amber Benson, who played good witch Tara, describes the set of Buffy as a “toxic environment.” Michelle Trachtenberg, who joined the cast at age 14 as Buffy’s little sister, writes, “I am brave enough now as a 35 year old woman…. [to] repost this,” adding, “What he did was very bad.”

Anthony Stewart Head, who played Buffy’s mentor Giles, spoke on a British morning show on Thursday and described himself as “gutted” at the allegations. “I’ve been up most of the night just running through my memories, thinking, ‘What did I miss?’” he said.

Sarah Michelle Gellar, who played Buffy, has issued her own statement to social media. “While I am proud to have my name associated with Buffy Summers, I don’t want to be forever associated with Joss Whedon,” she wrote on Instagram. “I stand with all survivors of abuse and am proud of them for speaking out.”

Representatives for Whedon and Carpenter did not immediately respond to a request for comment from Vox.

To a time traveler from 2003, when Buffy aired its final season, all of these accusations against Joss Whedon might seem shocking, even unbelievable. Back then, the conventional wisdom on Joss Whedon was that his feminist credentials were unimpeachable. Whedon, after all, was the man who wrote a whole series from the point of view of the blonde who dies in the first scene of a horror movie, and who dared to make that blonde not just a main character but an action hero. His brand was the brand of strong women kicking ass and taking names. He won awards for his feminism.

But in 2021, these accusations against Whedon feel as though they have been a long time coming. Whedon went on to become a celebrated Hollywood director, helming The Avengers in 2012 and Avengers: Age of Ultron in 2015, and he has a new TV show, The Nevers, set to premiere on HBO in April. Meanwhile, Buffy the Vampire Slayer remains a beloved TV icon. But Whedon himself and his feminist legacy have been undergoing a long and painful reexamination.

Whedon’s feminist backlash went mainstream in 2015. But it’s been brewing for much longer.

The feminist backlash against Joss Whedon began in earnest in 2015. Back then, it centered on a scene in Avengers: Age of Ultron, written and directed by Whedon, in which Black Widow appeared to say that because she can’t have children, she’s a monster.

“What about me, Joss Whedon?” wrote one disillusioned fan. “Do you think my broken ovary and useless fallopian tube make me a monster?”

As Vox’s Emily VanDerWerff has argued, in context, Black Widow seems to be saying that she’s a monster because of the terrible things she’s done as an assassin, not because of her reproductive abilities. But the scene is clumsily written, at the very least. And the outrage it sparked led to the first inklings in wider geek culture that Whedon’s reputation as a feminist hero was not unshakable.

The backlash developed further in 2017, when Whedon’s unproduced 2004 script for Wonder Woman leaked, mostly because of a lengthy sequence it contains in which Diana is put into chains and forced to say, “I submit,” repeatedly.

The scene is clearly intended to critique the patriarchal power structures that force Diana into submission. But it’s a sharp contrast to the joyous empowerment offered by 2017’s Wonder Woman (written by Allan Heinberg and directed by Patty Jenkins): Instead of glorying in Diana’s iconic stride through No Man’s Land, Whedon’s imagined audience is instead asked to suffer through her humiliation with her.

And where the Patty Jenkins Wonder Woman is explicitly told from Diana’s point of view, Whedon’s leaked script frames the character through the point of view of her love interest, who speaks in the signature quippy patterns Whedon usually grants to his authorial avatars (think Buffy’s Xander, Dollhouse’s Topher, or Firefly’s Wash). One viral Twitter thread described the script as “viscerally insulting.”

But even before these conversations reached the larger geek culture, the Whedon fandom had reasons to wonder about his feminist credentials. Angel, even with its high rate of cast turnover, only managed to put three female characters in the main credits over its five-season run, one of them for less than a full season. The show killed off its two most prominent female characters well before the series finale — and it killed off Cordelia Chase, Charisma Carpenter’s character, in a particularly humiliating way that seemed oddly vicious even in 2004. (She spends a season secretly possessed by a demon, and that demon causes her to have an affair with Angel’s teenage son after having been previously positioned as Angel’s love interest. Then she goes into a coma while giving birth to the resulting baby, and wakes up a season later only to die immediately afterward.)

The Whedon fandom’s growing ambivalence regarding his particular version of feminism came into focus with his short-lived 2009 series Dollhouse. Written as a showcase for Eliza Dushku, Dollhouse imagined a technology that wiped people’s minds into blank slates, fashioning them into “Dolls” onto which could be projected a new identity and new personality. Many of the Dolls were attractive, scantily clad women, and they were programmed by a self-loathing nerdy programmer named Topher who, like most of Whedon’s avatars, dressed in schlubby clothing and spoke in a quippy stream of pop-culture references.

“It’s not enough to say that Joss Whedon puts this on display to dismiss misogyny, because the show seems to revel in [main character] Echo’s condition for a good part of the first season,” argued Natasha Simons at the Mary Sue. “Putting her in a variety of sexy spandex and ever-more-dangerous situations is a thrill, and the audience, watching, also thrilled, is complicit in Echo’s subjugation.”

Part of what made Dollhouse so disturbing to some Whedon fans was that it made textual and explicit what had always been deep, deep subtext in Whedon’s other work. Most Whedon shows feature beautiful women who dress up in sexy outfits and kick ass. Most of those women are well-written characters with fully developed personalities, and they all received those personalities courtesy of Whedon’s pen and, sometimes, his camera. In the past, it had been easy to think of the writer-actor relationship in the context of creation and collaboration. And Buffy was so iconic and so beloved that many viewers were eager to do just that.

But Dollhouse recast Whedon’s relationship with the actresses who worked for him as an icky, sexualized act of exploitation. It made every gratuitous shot of Buffy in a miniskirt or Firefly’s courtesan Inara in bed with a customer feel just a little bit gross.

In 2017, Whedon’s ex-wife accused him of emotional abuse

All of this discontent with Whedon’s feminist legacy came to a head in 2017, just two months before the Harvey Weinstein story broke and the modern Me Too movement kicked off. That’s when Whedon’s ex-wife Kai Cole published an explosive article on the Wrap about their marriage.

Calling Whedon a “hypocrite preaching feminist ideals,” Cole alleged that he repeatedly cheated on and lied to her throughout their 15-year marriage, and that he carried on multiple affairs with actresses who worked for him, even as he was acclaimed for his feminist bona fides.

“He is not who he pretends to be,” Cole concluded.

Cole’s letter continued the work that Dollhouse began of making the uncomfortable subtext of Whedon’s shows text. Her allegations that Whedon carried on affairs with his actresses, and that he wrote to Cole that “when I was running Buffy, I was surrounded by beautiful, needy, aggressive young women,” recasts the dynamic of Whedon’s sets. Dollhouse made it tricky to think about them as joyful, creative spaces; Cole’s letter made it even harder.

And now Carpenter’s statement, on top of Gellar’s, Benson’s, and Trachtenberg’s, make it harder still.

So what we’re left with is a man who created one of the most beloved feminist heroes in TV history — and who has been accused by a number of the real women who worked for him, along with at least one actor of color, of creating a toxic workspace and retaliating against an actress who dared to get pregnant. Who’s been accused by his ex-wife of emotional abuse, and of having affairs with his employees. Whose later work seems to largely lack the feminist bona fides of the show that made him famous.

Buffy the Vampire Slayer might be immortal. But Joss Whedon’s feminist legacy is not.

3 of the world’s most powerful Covid-19 deniers have gotten the virus
Why Covid-19 case numbers are falling in the US
3 biological parents, 1 child, and an international controversy
Disney’s Lion King remake is just like the original, but without the magic
An art historian explains the tough decisions in rebuilding Notre Dame
Toy Story 4’s 5 end credits scenes, explained