How Naomi Alderman’s novel The Power deconstructs the patriarchy 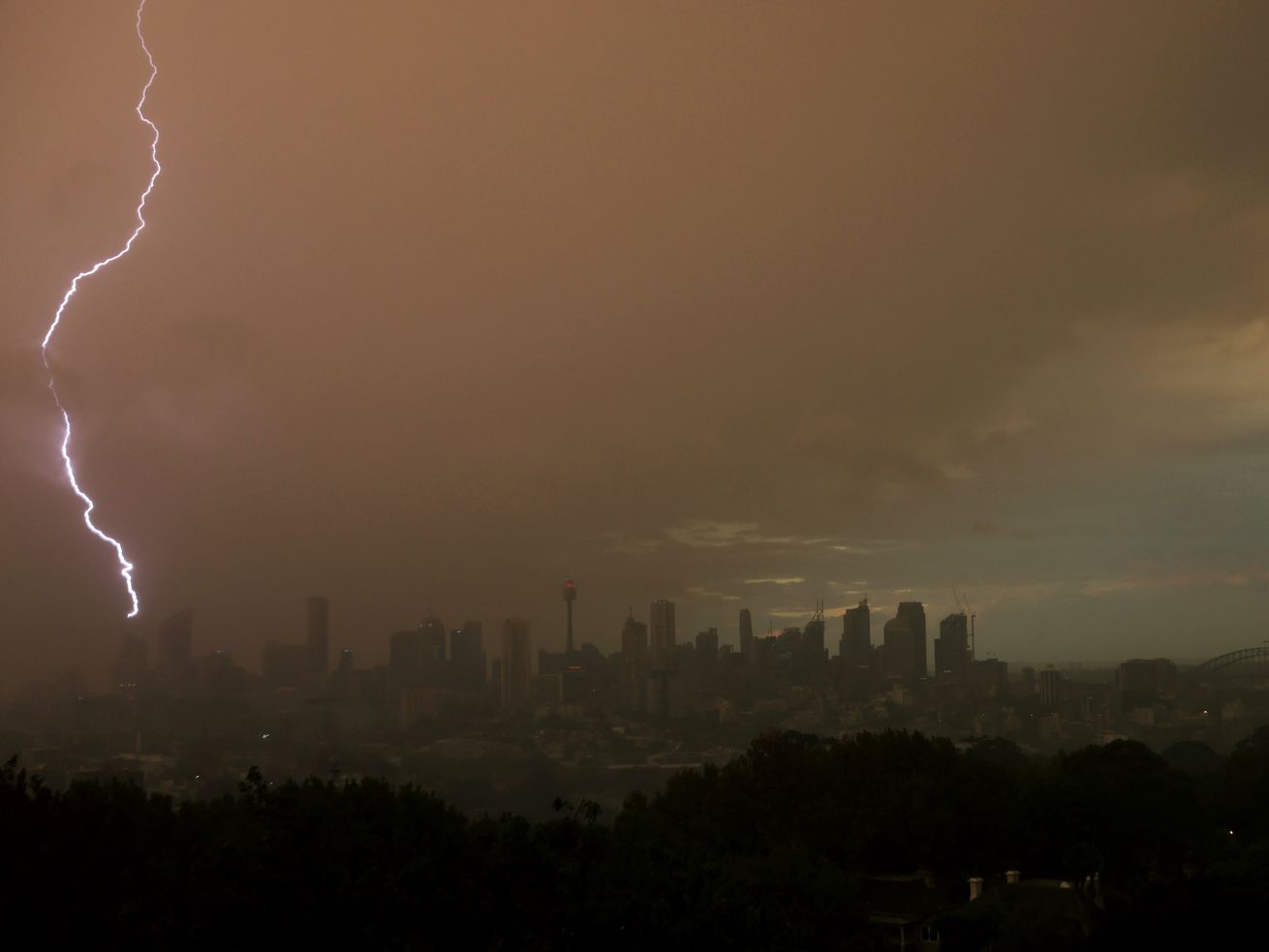 The book starts as an empowerment fantasy and turns into a dystopia.

The Vox Book Club is linking to Bookshop.org to support local and independent booksellers.

There are two stories curled up inside of Naomi Alderman’s The Power, the Vox Book Club’s March pick.

For the first half of The Power, it seems as though that’s the story Alderman is interested in telling.

But in the second half, The Power changes. As the account we are reading becomes increasingly brutal, it stops being a classic women’s empowerment fantasy. Instead, The Power becomes about, well, power: about the threat of violence that undergirds all human interactions, about what we do with power, and about the ways in which power corrupts.

Here’s how those two stories fit together, and why the effect is so devastating.

This first half of The Power works through intense defamiliarization

The central premise of The Power is so simple as to be electrifying. What if every woman were to suddenly develop the ability to emit electric shocks out of her hands, like an electric eel?

Well, not really every woman. Alderman’s power only affects people with two X chromosomes. And while Alderman explores some of the complications of this development with a minor character who is intersex, at no point does she look at what it would mean for the trans community. It’s as though Alderman cannot imagine critiquing our current patriarchal system of gender without erasing trans people from the world, which is one of the fundamental failures of this novel.

But in other aspects, Alderman’s worldbuilding is admirably comprehensive. She builds her narrative around four main characters, all of whom show us what the power looks like in action in different corners of the world.

Roxy is the daughter of a London crime boss whose mother is murdered in front of her in the first chapter. Her power comes in strong and muscular, turning her into a sort of Lancelot figure, and she uses it to rise through the ranks of her father’s organization and avenge her mother’s murder. Allie is an abused foster child in the southern US who specializes, when her power comes, in control. She uses it to kill her foster father and then establish a new identity as the cult figure Mother Eve at the center of a new matriarchal religion. Roxy, soon enough, becomes Mother Eve’s right-hand woman.

Elsewhere, Margot, the middle-aged mayor of an American city, uses her power and the political capital that comes with it to launch a trajectory toward the White House. And Tunde, a young Nigerian journalist and the only man in our central cast, chronicles the power as it emerges across the world: the protests and the riots and the men’s rights movements.

In this first half of The Power, much of the book’s force comes from the potency of its empowerment fantasy: Yes, girl in the grocery store, shock that creepy old man telling you to smile! We see women shocking their abusers, victims of human trafficking spreading their power from one to another so they can free themselves, women in countries with oppressively misogynistic laws emboldened by their new ability and marching down the street in protest.

With this reversal of power, there comes an intense and visceral defamiliarization of all the ways we unthinkingly gender power. All of the creepy old tropes that we are so used to get flipped on their heads.

When Tunde loses his virginity, it’s painful for him, because his partner loses control of her power and shocks him while they’re in bed together. But Alderman eroticizes the pain of the shock for Tunde in the same way that the pain of penetration gets eroticized for female characters in traditional literary deflowering scenes: “He barely feels the pain at all, so great is the delight,” she writes. Later, we learn that sexual fetishes develop for the new power, and that men are held to be particularly susceptible to sexual masochism and the longing to be shocked in bed.

Most startling is the scene in which Margot, running for governor, loses her temper in the middle of a debate and shocks her opponent. That scene was written before the 2016 US presidential debate during which Donald Trump loomed eerily behind Hillary Clinton as she spoke in a queasy, controlling display of power — but recent history now shows that Alderman was dead on the money when she predicted exactly how voters would respond to such a moment.

“When they went into the voting booths in their hundreds, and thousands, and tens of thousands,” Alderman writes, “they’d thought, ‘You know what, though, she’s strong. She’d show them.’” Margot wins her election.

Meanwhile, in the framing narrative of the book, a “man writer” named Neil Adam Armon (which anagrams, you will note, to Naomi Alderman), is sending the manuscript for his new novel to an older, much more established writer named Naomi Alderman. It’s not necessary to add a qualifier like “woman” to “writer” when describing her, because it’s plain that these two characters live in a world in which the power flip we see taking place within the rest of The Power has become fully established.

Accordingly, Neil apologizes for even daring to reach out to his mentor (“Anyway, sorry, I’ll shut up now,”) and expresses enthusiastic gratitude for her time (“Thank you so much for this”). Naomi, in her turn, responds with condescending good humor over Neil’s “clever idea,” but notes that his depiction of a fantastical world in which men hold power over women might be quite a hard sell, credibility-wise. “Gangs of men locking up women for sex,” she chortles over a human trafficking scene. “Some of us have had fantasies like that!”

What this defamiliarization makes clear is how much structural power in our world is held in place by our belief in male strength and the corresponding possibility of male violence. We associate political strength with men, Alderman argues, because we associate physical strength with men. And we defer to physical strength. We want to be on the side of the strong so that they can hurt our enemies and not us. Power accrues to those whom we believe to already be powerful, always.

With The Power, Alderman flips our current power dynamics. She allows women the physical dominance that men enjoy. She imagines a world where a woman can walk down the street at night and not have to be aware of the shadows around her — and where a man does.

But this world is not a utopia. And that’s where the second story that The Power tells comes in.

As The Power goes on, it gets ever more violent. That’s part of the point.

As The Power goes on, we start to see more and more women using their power not just to strike down the wicked, or even the obnoxious, but also just for kicks: Because they have power, and other people don’t, who’s to stop them? We see packs of women harassing men, and increasingly graphic sexual assaults of men. Tunde, who is 21 when the book opens and comes of age in this bold new world, goes from flirting with a woman by calling himself her “master” in his first appearance to holding a deep fear in his body everywhere he goes: There will come a time when a woman will attack him, and he will not be able to escape.

Of course, Alderman hastens to add, #NotAllWomen. Tunde is frequently protected by other women who fight off his attackers for him, seeing that he cannot. But The Power takes place in a world in which an imbalance of power means that power will be abused. And women are not immune to its seductions.

In the novel’s most harrowing section, Tunde and Roxy witness an attack on a refugee camp by a rogue army of women. These women target men for special mistreatment, apparently in revenge for their years of disempowerment — but they also kill indiscriminately. They rape and kill men, and they kill women and children. They are stronger than all of the refugees are and they are willing to abuse that strength, because, Alderman suggests, someone will always be willing to abuse their power.

In the final pages of the novel, Alderman’s alter ego Neil suggests that things don’t have to be this way. Surely, he argues, in that mythical time before women ruled the world, when men did, men were never so violent toward women.

“Fuck, there are still places today where boy babies are routinely aborted, or have their dicks ‘curbed.’ This can’t have happened to women in the time before the Cataclysm,” he writes. “So it’s not ‘natural’ for us to live like this. It can’t be. I can’t believe it is. We can choose differently.”

Neil, as we know, is wrong. There are places where girl babies are routinely aborted and where female genital mutilation runs rampant. Those things can and do happen.

But if Neil’s happy conjecture is incorrect, does that mean he’s wrong about all of it? Is this way of living — this system in which some powerful group is continually oppressing a less powerful group, and that always happens, no matter who’s in charge — both natural and inevitable?

On that question, The Power is ambiguous.

There’s a character in The Power whose identity we don’t really know. It’s the voice Allie hears, the one she thinks is maybe God. It might actually be God, or it might be Allie’s quick and remarkable powers of intuition: We don’t know for sure. But at the end of The Power, it suggests to Allie that we’re asking the wrong questions.

“There’s never been a right choice, honeybun,” it says. “The whole idea that there are two things and you have to choose is the problem.” The whole gender binary, in other words, is maybe the problem: a belief in categories, a belief in one group that can have power and another that cannot.

But will we ever move past that belief in a binary? “Listen, I’ll level with you,” the voice says: “my optimism about the human race is not what it once was.”

We’ll have to see where it lands after a plague year.

Share your thoughts on The Power in the comments section below, and be sure to join us on March 25 for our live event with Naomi Alderman herself. In the meantime, subscribe to the Vox Book Club newsletter to make sure you don’t miss anything.

The people running the world’s biggest companies have no idea what’s going to happen, either
Here’s who might replace Haley as UN ambassador
Louisville reaches a settlement with family of Breonna Taylor
What we know about Congress’s potential $1 trillion coronavirus stimulus package
Disney put more than $400 million into Vice Media. Now it says that investment is worthless.
What the Sanders campaign’s defenders get wrong — and right