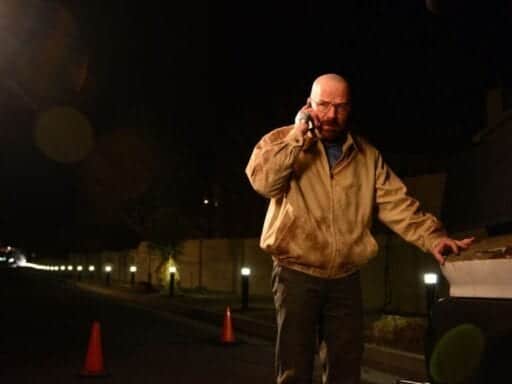 Breaking Bad was one of the biggest hits Netflix never made.

After old episodes of the drama about high school science teacher and meth dealer Walter White began airing on Netflix, the show got more popular on AMC, its original network. Usually, audiences for TV shows dwindle over time. With Breaking Bad, the opposite happened: Its season four finale had less than 2 million viewers; but when the series finale aired two years later, its audience had grown to 10 million people.

This is an example of what we call the Netflix Effect — that’s Netflix’s ability to find new and bigger audiences for shows that had languished on traditional networks.

That’s why Netflix was traditional TV’s frenemy for a relatively brief time period. It could grow the popularity of shows that were still running on traditional TV — while simultaneously teaching TV viewers to stream shows on Netflix.

AMC insists that Netflix was just one of the reasons Breaking Bad got so big — it says that audiences also found the show via video-on-demand and Breaking Bad “marathons” that the network would run. Most other people, including Breaking Bad creator Vince Gilligan, credit Netflix for the boost.

Netflix’s platform made it easy for viewers to binge multiple episodes in one sitting. They could watch episodes whenever they wanted, rather than waiting for them to air on TV. And, crucially: When they watched Breaking Bad on Netflix, they didn’t see a single commercial.

Netflix provided a superior way to watch the show, and audiences followed.

Breaking Bad’s Netflix-powered ascent was good for AMC, and for Netflix, and for Netflix viewers. But this kind of win-win-win was a temporary phase for Netflix and the TV networks. Eventually, the TV guys realized that even though Netflix could boost them in the short-term, they were weakening their own business in the long-term by training viewers to watch their stuff on Netflix instead of TV. So they started to claw back their programming for their own, Netflix-style services that they began launching. But Netflix executives, who anticipated that move, had been busy creating their own shows.

Even in 2020, it’s not always a direct competition. Netflix is spending billions a year on its own shows to pull more viewers away from traditional TV, but the streaming service can sometimes still work with traditional TV.

Last year, Gilligan finally released a Breaking Bad sequel — El Camino, a movie focused on Walter White’s sidekick Jesse Pinkman. And this time, the TV/Netflix order was reversed: The movie debuted on Netflix last fall and then showed up on AMC a few months later.

On this episode of Land of the Giants: The Netflix Effect, we look at Netflix’s relationship with the traditional media companies it eventually disrupted. It’s complicated! Which makes it perfect for our podcast.

Subscribe to Land of the Giants on Apple Podcasts, Google Podcasts, Spotify, Stitcher, or wherever you listen to podcasts.