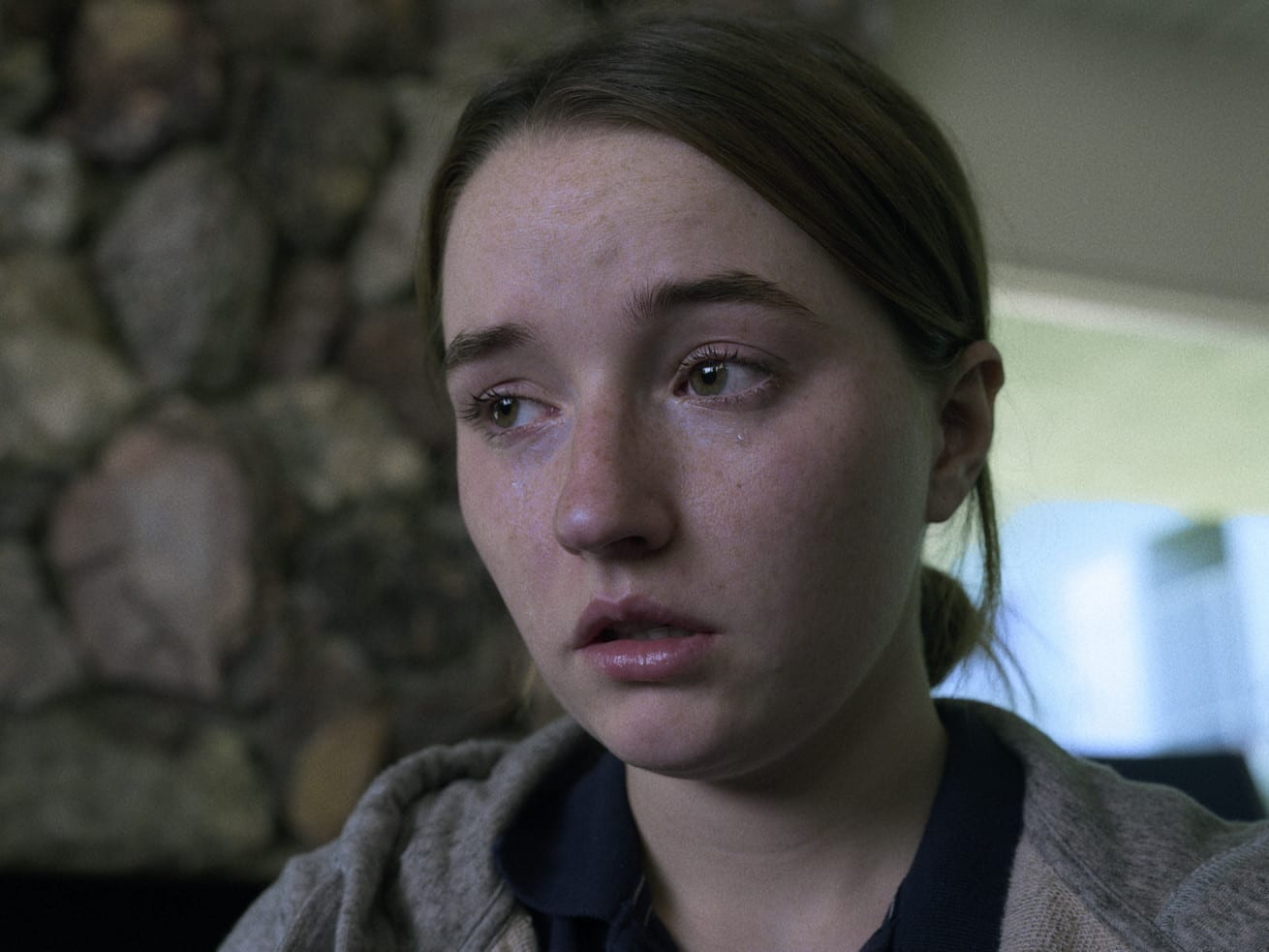 Kaitlyn Dever stars as Marie, a young woman who was raped, who found the police didn’t believe her story. | Netflix

I thought this series was going to be another horrific, exploitative TV show about sexual assault. Then I watched it.

The first episode of Unbelievable is infuriating. But it’s the good kind of infuriating, the kind that clearly wants you to feel mad about the sort of prosaic miscarriage of justice that happens every day. A young woman reports her rape, and instead of taking her case seriously, the police leap at the first possible chance they have to dismiss her claim.

What most surprised me about Unbelievable’s first episode was how little it embellished reality. Mostly, it collapsed the timeline a little bit (at least so far as I can tell), and added a dramatic cliffhanger where Marie climbs over the railing on a bridge and dangles above a roaring river below. And heck, for all I know, maybe the real Marie (credited as a producer here, also under the pseudonym Marie) gave producers this extra detail.

This starkly honest approach to an already difficult subject raises an important question: How do you tell a story like Marie’s in a way that will infuriate viewers, but not anger them so much that you irreparably turn them off the show? Or, put in the specific terms of Unbelievable, how do you keep people watching from that image of Marie on the brink of plunging from a bridge until the next episode, when the cops who will solve the case — who live in another state and timeline entirely — are introduced? How do you get viewers to feel despair, but not too much?

It’s a question that maybe only Netflix could answer.

Grim television that doesn’t provide easy answers is always hard to watch. But some grim TV is harder to watch than other grim TV.

Let’s start with the obvious problem Unbelievable has to confront from the word go: It’s a series about a serial rapist. And even though it presents what happens to Marie only in a series of quick flashes that never show so much that you get a full picture of the crime, those flashes will still be too much for some viewers. You can read the ProPublica story and spoil yourself on what happens (as I ultimately had to — though the mere existence of this series suggests in and of itself that a culprit was eventually caught) and still decide you don’t want to watch, because those handful of moments are too traumatizing.

To be clear, this is okay. We all curate our media diets for any variety of reasons, and the era of Peak TV means that you only have to watch the stuff that won’t upset you for one reason or another. In an era when the entire planet seems to have pushed pedal to metal without noticing the giant brick wall approaching with alarming rapidity, it’s easy to see how a show like Unbelievable could feel like Too Much.

But it would be just as easy for Unbelievable to become a polemic — the show’s producers and Netflix’s executive staff standing outside your house with grim faces, somberly pounding on a drum reading “BELIEVE WOMEN.” A show that’s too grim will be rejected by the audience, but so will a show that peddles simple answers. It’s a difficult line to walk.

I am fascinated, however, by how Unbelievable finds a way to perfectly situate viewers in Marie’s point of view. After all, when these events originally happened, the local news media took the police at their word and passed along the idea that Marie had fabricated her rape. (A later investigation found intense coercion of the girl.) A tawdrier version of this story might have played games with reality — making you wonder if she really was making everything up.

But director Lisa Cholodenko and the script by Susannah Grant, Michael Chabon, and Ayelet Waldman stay so focused on Marie’s emotional state — including the point when she decides to just shut off her emotions and get through a difficult situation by telling the police what they want to hear — that you never once doubt her, no matter how scant the evidence is to support her account. Cholodenko favors close-ups on Dever’s face, while presenting the cops who talk to her as an intimidating force, literally adopting Marie’s point-of-view so that they loom over her, behind the interrogation table.

And then there are the quick flashbacks to what actually happened, which are never presented to viewers in a way that suggests anything other than the way brief flickers of time have imprinted themselves onto her memory. These flashes are likely going to be what makes Unbelievable hardest to watch for some viewers; indeed, they make the viewer discretion warning at the start of the episode more than necessary.

Yet they’re never presented salaciously. They’re horrific but not detailed, brief but not so staccato as to be meaningless. Without them, Marie might start to seem suspicious to some viewers. With them, everything about the rattled, uncertain state of mind she operates within makes more sense. Unbelievable might not be shouting at you to believe women, but it is quietly insisting that you believe this woman, and by extension everybody else.

Of course, by the end of “Episode 1,” when Marie is hanging above the raging waters, it’s reasonable to feel as though the show is going to be an unrelenting slog. Unbelievable may not linger on Marie’s assault, but it does linger on the way people — including people who claim to love and care for her — immediately start undermining her. An entire series of the institutions supposedly designed to protect us letting this woman down would be hard to take.

But Unbelievable immediately becomes something else.

In the end, Unbelievable true story might only be possible to tell on a streaming service — but not because of its subject matter

Based on my description of the first episode, would you believe me if I told you Unbelievable is, for much of its running time, a buddy cop story about two women who crack a seemingly unsolvable case? Because the thing about this series is that it is that, and if it weren’t airing on Netflix, which all but forces you to just keep watching the shows it airs, you might never realize that fact.

A short time into the show’s second episode, Merritt Wever (of Nurse Jackie fame) shows up as a detective trying to solve a rape case very similar to Marie’s, but one where the rape occurred in another state entirely. And by the end of that episode, Toni Collette arrives as another police officer trying to solve yet another similar case, in a different but nearby jurisdiction.

When Wever and Collette team up, Unbelievable becomes an entertaining series about two cops working against the odds to solve a tough case, a formula that has long been applied to stories like this. It doesn’t make light of what happened to Marie and the rapist’s other victims. But it does present viewers with two heroes worth getting invested in. It offers a sense of hope — and, crucially, not a false one. All of this really happened.

But imagine that Unbelievable was airing on traditional television, where it wouldn’t immediately roll over to episode two once episode one’s credits started to roll. Imagine having to sit with the weight of what happened to Marie for a full week. It might be artistically fulfilling, but it might also cause the sense that you never want to return to the series to grow and grow.

This is why TV rape scenes are so often clumsy or even tawdry. In order to prevent the audience from disengaging, the horror of what’s happening is toned down. The characters move past the trauma with disconcerting speed. Rape and assault are reduced to storytelling fodder, just another twist that can befall characters.

Unbelievable doesn’t do that. The elements of it that are entertaining — particularly Wever and Collette’s chemistry — never make light of what happened to the victims. It keeps following up with the aftermath of what happened to Marie, but it also finds a way to mute its horrors by focusing on the women who ultimately solved the case.

I have issues with the way that Netflix’s binge-watching model too often turns its shows into one big mass, instead of a series of distinct episodes, but there are times when the strongest thing to do is simply push forward, into the next episode. Unbelievable needs to be excruciating and infuriating but also watchable. And the platform where it airs might be the only place where it can accomplish that goal.

Unbelievable is streaming on Netflix.