How one California county is criminalizing bad grades 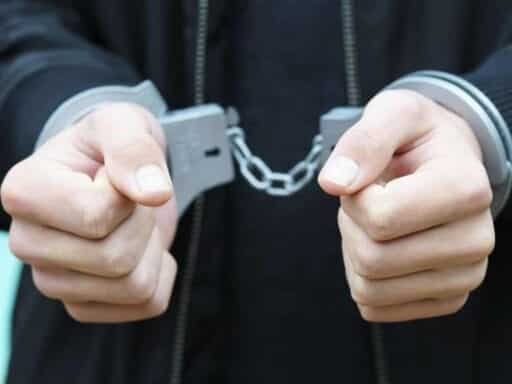 A new lawsuit claims that a program meant to provide mentorship and guidance for students in Riverside County, California, is actually funneling them into the criminal justice system and violating their constitutional rights.

On July 1, the American Civil Liberties Union, on behalf of four plaintiffs, filed a federal lawsuit against Riverside County, as well as two leaders of the county’s probation department, over the Youth Accountability Team program. The program, run by the Riverside County Probation Department, counsels local “at risk” youth and administers a six-month supervision period, intended to divert them from criminal activity.

But the lawsuit alleges that the program, aimed at 12- to 17-year-old students “purportedly displaying pre-delinquent and delinquent behavior,” fails to adequately inform families why students, who are closely monitored and are subject to searches, are put on what amounts to a less formal form of criminal probation beyond any punishment they would face in school. Often, the probationary period would be prompted by actions that aren’t actual crimes, like talking back to teachers, earning poor grades, being late to class, or “pulling the race card.”

The suit also notes that program participants and their parents are given little information before signing contracts that subject them to close monitoring, searches, drug testing, and disruptive interrogation. And according to the ACLU, students of color are much more likely than their white peers to end up in YAT, leading advocates to argue that the program has discriminated against nonwhite students.

They argue that by introducing students to the criminal justice system for basically no reason, the program is extending the “school-to-prison-pipeline,” a systemic bias that civil rights advocates say pushes children and young adults of color out of the classroom and behind bars. And because the program’s contracts, usually signed without a lawyer present, ask families to consent to invasive searches and monitoring, the ACLU also alleges that the program is violating students’ Fourth Amendment rights.

“It’s targeting, luring, and funneling children — especially children of color — into a criminal system,” Sylvia Torres-Guillén, the ACLU of California’s director of education equity, said in a statement. “These are students, not criminals.”

According to the Riverside County Probation Department, the YAT program was founded in 2001 to “combat juvenile crime and delinquency” by working with “at-risk youth and less serious juvenile offenders.” The program is currently active in 17 school districts in the county.

To be entered into the YAT program, a student is typically referred by his school or law enforcement. And while the program touts that it targets “misdemeanor offenders, and youth at-risk for delinquent behavior,” a number of things that aren’t necessarily offenses — including poor grades, family conflicts, mental health issues, and “defiance” — can lead to a YAT referral.

Once a student has officially entered the program, she is required to fulfill a series of requirements during a six-month probation period. By completing the program, students avoid facing criminal charges or punishment by the justice system.

While the program claims it has had a positive impact on students and successfully diverts them from the justice system, students involved in YAT report a different experience. The lawsuit alleges that rather than mentorship, students are subjected to invasive monitoring, drug testing, and interviews that often take place during school hours, forcing students to miss class. The lawsuit notes that these requirements can often be more extensive than those determined by a court for the same infractions.

In an email, a representative for the Riverside County Probation Department did not immediately respond to a request for comment. The probation department has told other outlets that it is waiting to officially be served with the complaint before commenting further.

Families say they are not fully made aware of their rights or told what they are getting into when they agree to the program, often being informed over the phone or in a letter that they have been referred to YAT with little additional explanation. The letters typically note that a student has committed some sort of infraction that led to his referral to the program, and then requests that they attend an interview to discuss the program further. The lawsuit also notes that in these interviews with YAT officers, which often take place in police stations, at times with armed officers present, families are given the impression that students will face formal prosecution if they do not enter YAT.

The plaintiffs also say families are rarely made aware of the exact offense that led to a YAT referral. While the program regularly cites a California statute that punishes minors who “persistent[ly] or habitual[ly] refuse to obey the reasonable and proper orders or directions of school authorities,” some students are referred for things like “disrespect” and “being disruptive” that aren’t actually offenses and often rely on the subjective interpretation of school officials. One student, for example, was referred for missing class and being “easily persuaded by peers.”

“It’s being sold to these [Riverside] school districts as a mentoring program,” Corey Jackson, the CEO of Sigma Beta Xi, a mentorship organization and a plaintiff in the lawsuit, tells the Appeal. “There is nothing in the program that has anything to do with mentoring, based upon best practices and national standards.”

In all, nearly 13,000 students in Riverside County have signed a YAT contract between 2005 and 2016, according to the lawsuit. A quarter of those students were referred for noncriminal offenses. Black students are 2.5 times more likely and Hispanic students 1.5 times more likely to be accused of violating the statute than white students.

Some, like a plaintiff named Andrew, can find themselves in the program unexpectedly. In 2017, Andrew, then a 13-year-old middle schooler, was kicking an orange with friends when the fruit rolled near his school resource officer. The officer then handcuffed the boy and took him to the principal’s office, according to the suit. The assistant principal then discovered a small amount of marijuana after searching the boy’s bag. Andrew was later referred to YAT and, while being interviewed with an armed officer present, signed a contract, fearful that he might face prosecution otherwise.

Under the terms of his contract, Andrew was subject to a number of strict requirements including: adhere to an 8 pm curfew, have “no negative contact with anyone,” do 25 hours of community service, tour a correctional facility, get good grades, and go to the local police department once a week for programming. He also had to check in with YAT once a week during school hours. On one occasion, he was pulled out of class for a meeting despite having a quiz.

While working to meet these requirements, Andrew still was sent a court summons for marijuana possession. He was ordered by a judge to submit one drug test and complete 10 hours of community service, far less than what YAT required during his informal probation.

Students’ involvement with YAT can create issues long after they’ve finished their probation term. A student’s failure to complete YAT could count against her if she’s found guilty of a criminal offense later on.

The lawsuit notes that during an event discussing the YAT program, a former senior probation officer said that YAT was used to “get them into the system by fingerprinting and photographing them. We can search their homes any time we want and work to obtain evidence against them so that when we can get ’em, we can really get ’em!” At that same program, former Deputy District Attorney Anthony Villalobos said, “We can do all kinds of surveillance, including wire taps on phones, without having to get permission from a judge.”

The lawsuit over the YAT program speaks to broader issues that students, particularly students of color, face when it comes to discipline in schools. Collectively, this disparity fuels what has been called the “school-to-prison pipeline,” a systemic bias that civil rights advocates say pushes children and young adults of color out of the classroom and into the criminal justice system.

In a 2014 fact sheet detailing disparities in discipline during the 2011-’12 school year, the Education Department’s Office for Civil Rights noted that black students are suspended and expelled from school at a rate more than three times greater than white students. When broken down by race and gender, the OCR notes that black girls are suspended at six times the rate of white girls and at twice the rate of white boys. A 2018 report from the Government Accountability Office found that these disparities still haven’t decreased.

This disparity starts early. While black children made up just 18 percent of preschoolers during the 2011-’12 period, they accounted for 48 percent of those receiving more than one out-of-school suspension. By middle school, due to frequent exposure to school discipline and punishment for relatively undefined things like “defiance” and “disobedience,” black and Latino students report lacking trust in their school’s disciplinary systems at a rate much higher than their peers, which could affect whether they choose to attend college.

In California, advocates argue that the YAT program is doing more harm than good, adding that it needs to be reformed to truly benefit students. But more than its current ineffectiveness, the ACLU argues that the program should not be allowed to violate students’ rights. “The YAT program’s treatment of children cannot be allowed to continue,” the ACLU said in a statement. “The Constitution is not just for adults.”

Labor Secretary Acosta has no good answer for the cushy Jeffrey Epstein plea deal
Iowa caucuses 2020
8 winners and 6 losers from a Succession finale that blows the whole show up
Kavanaugh wrote that presidents shouldn’t be “distracted” by criminal investigations
Trump faces pressure from a federal judge to release detained migrant kids as coronavirus spreads
A loyalty test for the GOP, a reality test for the country