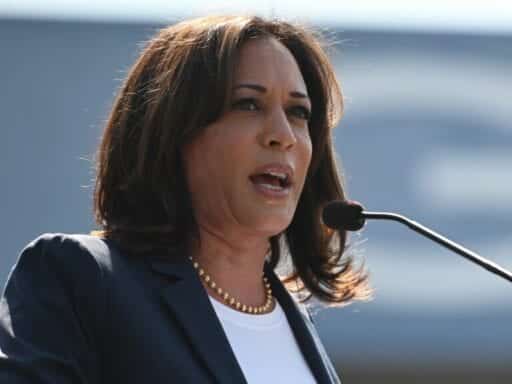 A few would eliminate the filibuster, but not everyone is on board.

CNN’s climate change forum on Wednesday highlighted one of the biggest barriers lawmakers face when it comes to advancing ambitious climate legislation: the Senate.

Democrats need at least 60 votes to overcome a filibuster in the upper chamber and pass progressive climate measures like the Green New Deal. Even if they are able to retake the Senate in 2020, it’s unlikely they’d achieve that threshold of votes without Republican support. And that’s where things start to get tricky.

Senate Republicans have long posed a roadblock to passing climate policy (they effectively killed a bill from Sen. Ed Markey and former Rep. Henry Waxman that would have established an expansive cap-and-trade system in 2009, for example). Right now, that’s not expected to change. As a result, Democrats are eying some serious procedural reforms in order to make sure their plans have a shot at advancing.

On Wednesday, lawmakers broadly talked about two potential options to circumvent the obstacle presented by the filibuster. Some, including Sens. Elizabeth Warren and Kamala Harris favor getting rid of it altogether, while others, including Sen. Bernie Sanders would take another route via budget reconciliation. Here are the two options — and how they could bring 2020 Democrats’ climate plans a bit closer to fruition.

1) Eliminate the filibuster: Sen. Kamala Harris took an explicit position on eliminating the filibuster during her appearance at the climate forum. “If they fail to act, as president of the United States, I am prepared to get rid of the filibuster to pass a Green New Deal,” she said, noting that she would attempt to obtain Republican support first.

Harris joins several other 2020 candidates, including Warren and South Bend Mayor Pete Buttigieg — as well as former Senate Minority Leader Harry Reid — who have called for the abolishment of the filibuster. Previously, Harris had been more hesitant about the idea, and refrained from backing it outright.

If lawmakers were able to actually do away with the filibuster, legislation would be able to pass the upper chamber with a simple majority (51 votes) rather than sixty votes.

2) Use budget reconciliation: Sen. Bernie Sanders on Wednesday indicated that he would take a different approach to overcoming potential partisan gridlock. Rather than get rid of the filibuster, he proposed using a process known as budget reconciliation. “We don’t need 60 votes to save the planet. We can do it with 51 votes through Budget Reconciliation Act,” Sanders said.

It’s a process that Vox’s David Roberts has written about extensively and it could potentially be used to usher through some pretty significant changes. (Sanders has also said he’d use budget reconciliation to pass his Medicare-for-all plan.)

So what is budget reconciliation? Roberts explains:

The TL;DR version: It’s a special kind of bill meant to reconcile the federal budget that only requires a majority vote in the Senate to pass. In an age of partisan gridlock, the boundaries of its use have been pushed by both parties.

Typically once a year, a budget reconciliation bill is passed in the Senate by a simple majority vote. Debate is limited to 20 hours, and non-germane amendments are prohibited — it is, as [Vox’s Dylan] Matthews says, much easier to pass than most bills.

All reconciliation provisions must materially affect federal spending or revenues (and that budget impact must be more than “incidental” to the purpose of the provision), and the bill as a whole cannot raise the budget deficit outside the budget window covered by the bill, typically 10 years.

One of the toughest restrictions on reconciliation is that it can only tax and spend — it cannot be used to make regulatory policy changes.

The budget reconciliation process applies exclusively to mandatory spending and not discretionary spending. That includes spending for programs like Social Security, Medicare and Medicaid. Additionally, it’s typically only usable once a year.

Medicare, Medicaid, food stamps, and unemployment benefits are all mandatory spending. “This may be where a just transition can begin,” says Greg Carlock of Data for Progress, “by adding funds and eligibility requirements for states to open up entitlements to workers leaving fossil fuel industries.” Similarly, mandatory spending in other departments (think Education or Energy) could be tweaked to support a comprehensive climate agenda.

There are, however, severe limitations to what budget reconciliation can achieve, though it’s unclear how much Congress would continue to abide by these restrictions. Presently, it prevents lawmakers from implementing major regulations, and could curb the potential to impose performance standards for appliances and buildings, for example.

These barriers are part of the reason many activists are pushing for the end to the filibuster. As the climate forum revealed on Wednesday, not all 2020 Democrats are on board with that plan just yet.

The right’s usual smears don’t work on Greta Thunberg
2020 was a time warp
Good Boys is a very funny reminder of how great it is to not be a tween anymore
Why Turkey is invading Syria
The woman who argued Roe v. Wade on Kennedy retiring: “We thought we had won this”
Democratic donors raised millions after Ruth Bader Ginsburg’s death