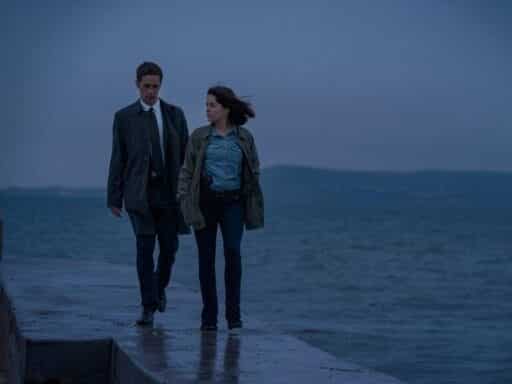 Most detective series have to keep their characters static. Here’s how Tana French avoids that.

Reading a Tana French novel is like walking into a vast and abandoned house: Manderley, say, or Thornfield Hall after Bertha Rochester burns it to ashes. Every page is full of exquisitely telling detail, the kind of character notes that should charm your socks off — the detective who buys himself good suits a year in advance before he makes Dublin’s Murder squad because he just can’t wait to get there; the undercover officer who eats chicken tikka and tiramisu the night before she goes into the field — but you’re never able to shake the foreboding sense that there is something lurking in the shadows, and it is watching you.

French writes what are usually called literary thrillers, meaning they are less trope-driven than the kind of commercial thrillers her books are sometimes shelved next to — a little bit more Gillian Flynn than James Patterson. Her literary bona fides have allowed her to appear on the New York Times’s best books of the year lists and in glowing New Yorker essays. And because she also writes the kind of genuinely propulsive thrillers that you can stay up all night reading, she has a commercial appeal that has consistently landed her on the New York Times’s bestseller list. Now, Starz has adapted her first two books, In the Woods and The Likeness, into the new TV show Dublin Murders.

French’s fandom is a cult, passionately devoted and completist in its attention. The assumption among French fanatics is that once you’ve read one Tana French book, you have to read the rest of them, and then you have to rank them, best to slightly-less-best. (For the record, it goes: The Likeness, The Witch Elm, In the Woods, The Trespasser, Broken Harbor, The Secret Place, Faithful Place.)

All seven of French’s books are set in Dublin (French, who was born in the US, went to Trinity College, and settled in Dublin in 1990), and six of them form the loosely connected Dublin Murder Squad series. Because French’s first novel came out in 2007, and her most recent in 2018, they form a portrait of Ireland during its Celtic Tiger boom, the ensuing crash, and its long, bleak aftermath. That’s perhaps part of why in these books, murder is usually about real estate, which is so precarious, and the detectives never stop thinking about class.

But the Dublin Murder Squad series isn’t a detective series in the classic sense. Instead of featuring a static cast of characters solving every case, the cast is a daisy chain, with each new book narrated by a supporting character from a previous volume. 2007’s In the Woods is narrated by one detective; in The Likeness, his former partner takes over; in Faithful Place, her former boss becomes the narrator; and on it goes.

That evolving cast allows French to escape from one of the great problems of the detective story: namely, how to make the detective into someone who changes and evolves over time — a character with a genuine character arc — while also preserving the status quo enough to allow them to continue building their lives around solving mysteries. French’s detectives are undone and remade by their cases. In every novel they are taken apart and then put back together again by mysteries that are fiendishly designed to reveal their very worst tendencies. And at the end of the book when they move on, they are always fundamentally changed.

In a Tana French book, every case is designed to destroy its detective

A really good detective story — a story that fundamentally changes its detective — depends on a twisted intimacy between the detective and the case. The two have to become intertwined, so that as the detective solves the mystery at hand, they are also solving some mystery about themselves.

French follows that stricture religiously in her novels, although she is more than willing to refuse us the catharsis of a solve if it suits her purposes. Her mysteries are always built to find her detectives’ blind spots; to solve them, the detectives must be willing to change who they are as a person. The Type A rule follower must be willing to break the rules he most cherishes. The man who is always searching for proof of his own specialness in order to quiet his feelings of inadequacy must deny the attention of a woman he believes will prove that he is truly, after all, special.

And often, the detectives’ blind spots are informed by casual social prejudices. That’s why it’s always incredibly satisfying when French pulls out her favorite party trick at the end of one of her books, which is to reveal that the woman the narrator most underestimated is the key to the whole thing. (French uses this one even when the narrator is a woman, and it still works.)

The mystery is always grounded in a monstrously evocative setting. In some ways, all of French’s novels are gothic house novels: They unfold within the walls of a house in which some violent atrocity has taken place, and in order to solve the mystery, the detective must force the house to give up its secrets. In Broken Harbor, Scorcher has to figure out why his victims’ house is riddled with holes in the walls, while the bleak ghost town of a post-crash abandoned housing development looms all around him. In The Witch Elm (the only one of French’s books that’s not part of the Dublin Murder Squad series, narrated by a suspect rather than a detective), Toby’s life is nearly destroyed by the dead body hidden in a tree trunk in the garden of his family’s lush country home, and as Toby unravels further and further, the house begins to decay all around him.

But there is a way out of the gothic house and the destruction of the self that it promises, for those of French’s protagonists who are willing and able to take it. The way out is through human intimacy.

Like many post-Philip Marlowe detectives, French’s protagonists tend to be loners. But they’re still always on the look out for a perfect partner: someone with whom they can communicate on an almost telepathic level, swapping theories and manipulating suspects effortlessly.

“Your dream partner grows in the back of your mind, secret, like your dream girl,” says Stephen, the narrator of The Secret Place. In that sense, Tana French novels are almost all love stories, by which I mean they are stories about isolated people striving for a meeting of the minds, forming alchemical partnerships of an intensity that makes no sense to civilians.

Even French’s truly lone wolf detectives, like the maverick Mackey of Faithful Place, crave partnerships. When Mackey is done solving his mystery, he finds that to do so, he’s had to betray a fellow cop whose friendship he didn’t even realize he valued, and that this betrayal would change him.

That’s because the partnerships at the center of French’s novels have certain taboos. Trust is paramount, and when one partner can no longer trust the other, the end is nigh.

Moreover, the partnership must be platonic. When it crosses over the line into romantic love, the results are disastrous.

In In the Woods, Rob and his partner Cassie have the kind of easy intimacy that Secret Place’s Stephen longs for “like his dream girl” — their colleagues draw cartoons of them as Mulder and Scully and whisper rumors that they must have grown up together — but after they sleep together, everything shatters. To Rob, Cassie’s face “looked like a strangers, unreadable and risky,” and we can see that he’s become just as unreadable to her: “What the fuck goes on in your head?” she yells.

The great tragedy of In the Woods is that Rob and Cassie’s partnership, which is so finely tuned as to function as a work of art, is broken into pieces. (It’s probably not coincidental that the case during which they sleep together is named Operation Vestal, as in Vestal Virgin, so their sex is doubly outlawed.) By the end of the novel Rob and Cassie no longer speak to each other. And when Cassie’s story picks up and concludes in French’s next novel, The Likeness — a book that is all about Cassie’s desire for intimacy and all-consuming friendship — Rob only comes up when Cassie affirms, once and for all, that their partnership is over.

But French does give us an alternative portrait of what a functional partnership looks like. The Secret Place’s sweet people-pleaser Stephen eventually finds his match in prickly Antoinette Conway, and The Secret Place becomes the story of the forging of their partnership. And when Antoinette takes over as narrator for The Trespasser, the stakes of the story become the possibility that their hard-won partnership might be broken up, with enemies from all directions trying to force them to reconsider each other.

“I could’ve told you that you weren’t right for each other,” one antagonist tells Antoinette. She’s horrified by the idea that Steve might be nice to her her in order to make life easy for himself rather than because he genuinely likes her — by the idea that in trusting him, she’s made a fool of herself — but when the chips are down and she needs help, she calls Steve and he shows up for her. “If I hadn’t made myself ring Steve,” she concludes, “or if Steve was a very slightly different guy, we wouldn’t be sitting here.” That’s the closest you’ll get to a happy ending in a Tana French novel.

In these books, the partnership offers us our hope that the protagonist detective might become a functional person, that even though the case they’re solving will inevitably change them forever, our protagonist might at the very least still be able to bond with their partner like a human being, and that will allow them redemption.

It’s that tension laced with hope that makes French’s books so compelling and her fans so fervent. French’s world is violent and murderous and it rips our minds apart; it’s a world that’s been so thoroughly ransacked by the powerful that, post-crash, there is nothing left for the rest of us. But it offers us this one last hope: that perhaps we can find our perfect match and form a connection so pure that it becomes its own work of art.