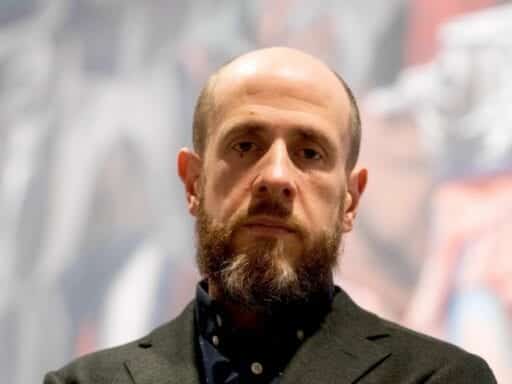 Journalist and author Jeff Sharlet on the National Prayer Breakfast, Maria Butina, and the group that calls itself “the Family.”

The New York Times broke a story last week about the degree to which the National Prayer Breakfast has become a “pay to play” event. At the gathering, foreign dignitaries and lobbyists pay thousands of dollars for access to the event itself and — perhaps more importantly — the week of meetings and events surrounding the breakfast. According to the Times’ Kenneth P. Vogel and Elizabeth Dias, “the annual event has become an international influence-peddling bazaar, where foreign dignitaries, religious leaders, diplomats and lobbyists jockey for access to the highest reaches of American power.”

For example, they report, ambassador-turned-lobbyist Herman J. Cohen offered tickets to Chad’s President Idriss Déby, billing the event as “a special occasion to get to know and converse directly with the President of the U.S.” The price? $220,000.

Among the most prominent recent guests at the event was Maria Butina, a Russian graduate student at American University and gun rights activist, who was more recently accused of “acting as an agent for a foreign government.”

At the 2016 and 2017 breakfasts, Butina allegedly met with unnamed American officials and “very influential” Russians, and seems to have successfully attempted to broker meetings between figures in these groups.

As evidenced by the Times report, something more insidious than prayer has been understood to be taking place at the breakfast, says Jeffrey Sharlet, an associate professor of literary journalism at Dartmouth College.

In his 2009 book, The Family: The Secret Fundamentalism at the Heart of American Power, Sharlet chronicled the influence of a Christian organization known publicly as “the Fellowship” (and internally as “the Family”), the founders and administrators of the National Prayer Breakfast. The Family — of which Sharlet reports Vice President Mike Pence and Attorney General Jeff Sessions are members — is an intensely powerful organization, whose specific vision of Jesus as the ideal “strongman” governs their political theology and who have found, in strongman-sympathetic President Trump, an ideal vessel for their beliefs.

“What’s interesting about Trump is that he’s not really a believer, yet he’s put together the most fundamentalist Cabinet in US history,” Sharlet told me Wednesday. “There has never been one like this. It’s the most Family-friendly.”

Sharlet says the Family often uses the National Prayer Breakfast, and the events surrounding it, as a backdoor recruiting and diplomacy tool for between lobbyists and foreign governments that organizers feel share its “strongman” approach, without formal government oversight.

The #nationalprayerbreakfast is all over the affidavit for Russian spy Maria Butina. I wrote two books, THE FAMILY & C STREET, about its organizers, the most influential – & secretive – Christian conservative group in DC, known as The Fellowship & internally as The Family.

I spoke with Sharlet by phone about the Family, the National Prayer Breakfast, and why an alleged Russian agent like Butina might in fact be welcome there. The interview has been lightly edited and condensed for clarity.

So who exactly are “the Family”? Let’s start there.

It is [technically] called the Fellowship, referring to itself internally as the Family. It is the oldest and arguably most influential Christian conservative organization in Washington. And the reason some people may not have heard about it is because it’s also the most secretive.

They believe they are most effective if they don’t seek publicity, and they minister to those who may consider what they call it, the “up and out” or “key men” in positions of influence, if they minister to them privately beyond the public eye. So unlike the traditional Christian right that really wants to be on TV, getting attention, these guys practice what George Bush Sr. praised as a “quiet diplomacy.”

And how did this group come into existence? Are they associated with one particular school of Christian thought?

They are nonsectarian, generically evangelical. They began in 1935 when the founder, a man named Abraham Vereide, had what he believed was a vision from God. He was a fairly prominent Christian leader of his time, ministering to business leaders and government figures.

But he felt that God spoke to him and told him that Christianity may have been getting it wrong for 2,000 years, with this focus on the poor and the weak and the down and out, and what God actually wanted was for Abraham — and those whom he chose — to minister to those whom he called the “up and out,” the “key men.”

He had this idea that if you could win a few key figures in positions of power for their idea of Christ, well, then they would reorganize society on that basis and you would have just kind of trickle-down fundamentalism. Always central is Jesus as they understand him, as a figure of strength.

How does this connect to the National Prayer Breakfast specifically? The breakfast is often, I think, seen by outsiders as being something kind of innocuous. But there seems to be a more specific connection between the breakfast and this one organization.

The Family is the organizer of the National Prayer Breakfast. The Family created the National Prayer Breakfast as a recruiting device. Back in the ’40s and ’50s when they were planning it, their goal was to normalize this idea of prayer at the center of American political life, so much so that people would just take for granted. They created it in 1953 when Eisenhower agreed to attend. They had tried with FDR and Truman, who both said no.

Eisenhower said no at first as well. But he owed an electoral debt to Billy Graham, who, working with the Family, had helped swing the evangelical vote for Eisenhower. This was back when Southern evangelicals did not vote Republican. So he attended. The idea was, “Look, I’m going, I don’t want any press. I don’t want this to become a tradition.” Suddenly, you have this tradition.

And so every president since has gone. Most of Congress goes. Lots of world leaders go. The Family uses it as the centerpiece — the one public event they do in the year. But it’s only one-tenth of 1 percent of the iceberg [of their work]. As they describe it, it is a recruiting device to bring those whom they are interested in into what they describe as prayer cells, where they meet. And I’m quoting here [from Family documents]: where “you meet Jesus, man to man.” Meanwhile, around the prayer breakfast — which is just one event on the first Thursday of February — is a week-long lobbying festival.

You get the oil industry hosting events. You get defense contractors hosting events. So you look at the list of foreign leaders who are coming again and again from around the world. They’re there for access to American power; they’re there to cut deals.

Michael Cromartie, a longtime conservative religious leader in Washington and no lefty, was critical of their lack of transparency. He says, “Look, I’m sure people use this to gain entrée. And entrée they do get.”

[Another source says] the National Prayer Breakfast is used by the Family to circumvent the State Department. They are arranging meetings with a real who’s who of nasty figures — the kind of government leaders from foreign nations who might not otherwise have access to American power but [who] the Family, in pursuit of their strongman vision of Jesus, thinks are actually anointed by God for leadership.

This brings us, then, to Russia, and to Maria Butina. What is her connection to all of this, and why is it so significant?

Well, Maria Butina, according to the affidavit from the Department of Justice, used the Prayer Breakfast twice. Prayer Breakfast organizers met with her in Moscow, and I think they helped her determine the [Russian delegation] guest list. I mean, I think one thing we want to pay attention to is there’s a lot of emphasis on [the idea that] Maria Butina sort of infiltrated the conservative American organization to gain access [for Russian interests]. It’s worth paying attention to the ways in which they helped her. They actively helped her; it’s not like she just showed up. They saw her as access too.

Look at things from the Family’s perspective. It’s exactly the kind of work they do, right? Tensions are strong between the United States and Russia. The family imagines itself as a peacemaker. This vision of peace is a strongman vision. The two strongmen should meet and hammer things out, and then Jesus will be there, shaping [things].

So from their perspective, they’re not helping a Russian spy — they’re helping bring peace between two worthy and strong leaders who were chosen by God.

That’s the other thing you have to remember about them. They think if you’re in power, you’re in power because God puts you there, not any kind of voters.

Can you tell me more about the Family’s particular conception of Jesus? They certainly have a very particular reading of him.

It’s a wildly unorthodox reading of Jesus. You can’t get much further away from the Jesus most of us understand, whether we’re believers or students of religion, than some of the analogies that they like to use. They frequently compare Jesus to some of the worst strongmen of history. Hitler is a favorite comparison; they also compare him to Mao, to Pol Pot.

The point they are trying to make is not that Jesus is a fascist or communist but that Jesus is strong. Jesus is a strongman. And what he offers is a covenant that they describe as “Jesus plus nothing.” Another phrase they’ve used in the past is “totalitarianism for Christ.”

But the longtime organizer at the National Prayer Breakfast [Doug Coe] said, “Nope. Jesus was there for the wolves.” He said, now, you could go and you could minister to the sheep, but that takes forever. What if you went to the wolves? And not just the wolves but the leader of the pack. A few years ago, in fact, an evangelical writer named Lance Wallnau used that parable as the case for Donald Trump.

Most Rapture believers [and most evangelicals] are premillennial. They believe there’s going to be the sort of apocalyptic moment and then Christ is going to come and rule for a thousand years. The Family fits into a different point of view, called postmillenialism. And this is this idea that Christ isn’t coming back until we establish a world Christian order for a thousand years. The Family uses it to pursue what they describe as the long-term goal of 200 world leaders, united quietly through the Family and their devotion to Jesus as the Family understands him.

Watch: Roseanne “explains” her racist Valerie Jarrett tweet in a bizarre new video
Senate Republicans promise a quick floor vote on a Trump Supreme Court nominee
The Pentagon is giving Trump his Space Force. Congress may take it away.
Why the US shouldn’t let states go bankrupt
Protests in Minneapolis and nationwide following George Floyd’s death
Every July 24 Georgia race you need to know about, briefly explained