How the Nevada Democratic caucuses will work 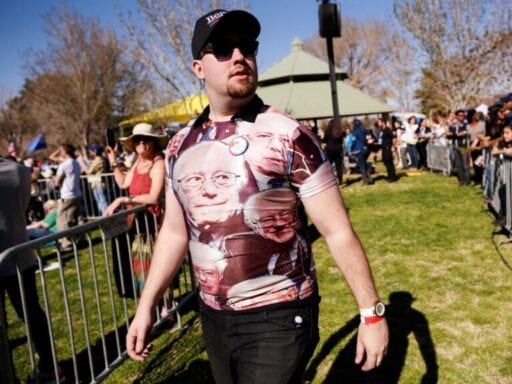 Get ready for the “pick a card, any card” tie breaker.

With New Hampshire’s primary voting now complete, the next contest for the Democratic presidential contenders will be the Nevada caucuses on Saturday, February 22, at noon Pacific time.

But will these caucuses turn out to be a disaster like Iowa’s did?

Already, Nevada Democrats have abandoned plans to use Shadow Inc., the vendor for a vote-reporting app that performed so poorly in Iowa. They need a plan B, and we don’t yet know very much about what it will be.

Beyond the tech support challenges, they’ll face a similar underlying issue that plagued Iowa: They have to report three sets of results on caucus day for the first time this year. That would be an initial vote total, a final vote total (after realignment and the elimination of lower-performing candidates), and a delegate number.

Those three sets of numbers added complexity to the tallying in Iowa — and provided many more opportunities for human error to become evident. The New York Times estimated that there were “inconsistencies in the reported data” for at least one in six Iowa precincts. And the same could well prove true in Nevada.

Beyond that, there’s another complication: early voting. Iowa didn’t have any early voting, but Nevada is going to try to fold it into the caucus process, using ranked-choice ballots by early voters submitted in advance. That could prove time-consuming or confusing as it plays out in individual precincts.

Finally, there’s one more unusual, perfect-for-Nevada twist — ties in the delegate allocation process will be resolved by, you guessed it, drawing cards. High card wins.

To start off — once again, we’ll be in the confusing situation of getting not just one Nevada caucus result but three. They are:

1) The pre-realignment vote total: This is the initial tally of how many people prefer each candidate at each of the many precinct caucus sites, and the first-preference choices among all early votes. They are all added together for a statewide total.

2) The final vote total: After the first tally, any supporters of a candidate who got less than a certain threshold of the vote in a precinct (15 percent is the standard) can shift their support to another candidate. Candidates who are below the viability threshold are eliminated as “nonviable,” and a new and final tally of only viable candidates is taken. So this is who got the most votes after a reshuffling.

3) County delegates: Finally, the final vote total in each precinct is then used to assign each viable candidate a certain number of county delegates.

There is one difference with Iowa here, in that Nevada’s delegate results will be reported only in terms of county delegates — not “state delegate equivalents,” the product of a complicated formula.

The reason is that Iowa lets each county choose how many delegates it wants to have at its county convention. Counties of similar sizes can make very different choices here, so Iowa has to weight the various county delegate results in precincts by a formula to estimate how many “state delegate equivalents” that would be.

Nevada, however, standardizes its delegate allotment by precinct across the state. So the county delegate numbers that come out of each precinct will simply be totaled statewide to come up with a “winner” in county delegates. In 2008 and 2016, this was the only result the Nevada Democratic caucuses reported — so, for instance, when Hillary Clinton beat Bernie Sanders 52 percent to 47 percent, those percentages were of county delegates (not actual votes).

But this year, as in Iowa, the pre-realignment and final vote totals will be reported as well. And as we’ve already seen, that can result in different candidates winning different metrics. The latest Iowa results show Sanders winning the initial vote tally by a few percentage points, winning the final vote tally more narrowly, and very barely losing the delegate tally to Pete Buttigieg. A similar outcome could conceivably happen in Nevada as well.

Nevada Democrats are incorporating early voting into their caucuses

One change from Iowa is that the voting in Nevada will actually begin a week before the caucuses — in an early voting period, from February 15 to 18.

And while it’s a bit tricky to incorporate early votes into the many precinct caucuses unfolding across the state, that’s just what Nevada Democrats are trying to do.

The early voters will not, of course, be physically present to participate in the caucuses. But they will be asked in advance to rank up to five candidates by their order of preference. For instance, a voter could pick Tom Steyer as his first choice, Amy Klobuchar as his second, Pete Buttigieg as his third, Joe Biden as his fourth, and Elizabeth Warren as his fifth.

And there are expected to be a lot of early voters — the Nevada Democratic Party anticipates around half of total caucus participants will vote early.

Now fast-forward to the day of the caucuses. As in Iowa, they will take place in individual precinct gatherings.

First off, attendees in each precinct caucus will divide into groups and record their first-preference votes.

Then, in an added step, the first choices for early voters for that precinct will also be revealed and added to those groups.

Once this in-person realignment is done, then the early votes who backed nonviable candidates as their first preference get realigned. They are allotted to their highest-ranking choice who is now viable in the room.

So let’s say in our precinct, Biden, Sanders, and Warren are now viable, with everyone else below 15 percent support. Our sample early voter would then be realigned away from his top three nonviable choices (Steyer, Klobuchar, and Buttigieg) to his fourth choice, Biden.

The Nevada Democrats will break ties by drawing cards

Finally, and for a bit of fun: As in Iowa, each Nevada precinct caucus culminates in the awarding of county convention delegates to each candidate. But because these delegates are actual people and can’t be broken up into fractions, sometimes the problem of a tie arises.

Iowans often broke these ties by flipping coins, but Nevada has its own way of doing things: drawing cards.

Each precinct location will be given an unopened deck of cards by the Nevada Democratic Party. That deck then has to be shuffled at least seven times by the precinct chair or site lead. And then each candidate’s group will draw a card. The high card wins the delegate. (Aces are high. The suit order is spades highest, then hearts, diamonds, and clubs. Jokers and extra cards should be removed.)

Medicare-for-all won’t happen anytime soon, but Democrats should keep talking about it
Senators are demanding a solution to police stopping black men for wearing — and not wearing — masks
Amid impeachment, Trump and Giuliani are still coordinating on anti-Biden dirt
Read Fiona Hill’s scathing opening statement in the impeachment hearings
Trump’s executive order on social media is legally unenforceable, experts say
Jenny Odell on nature, art, and burnout in quarantine

Class of 2021: Mondaire Jones on his “jarring” start as a first-term lawmaker