How the polls look on the last weekend of the election 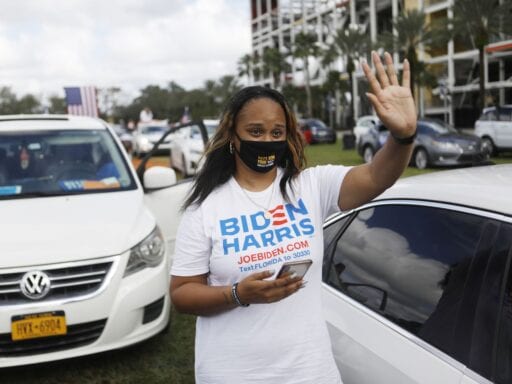 Going into the final weekend of the presidential campaign, a trove of new national polling shows Democratic nominee Joe Biden with a comfortable lead.

But, of course, the vote for president is not a national election. It’s a series of state-by-state elections that determine the winner of the Electoral College. Here, Biden’s edge is more muted, but still substantial. And whether looked at nationally or statewide, there’s simply no sign of a late change in either direction. Trump is not suffering from the new spike in Covid-19 cases, nor is he gaining ground based on the final debate or his last-ditch efforts to attack Hunter Biden.

That stability is good news for Biden. He had a solid lead in the polls four months ago, but there was still much uncertainty as to the ultimate outcome. That the many subsequent events — conventions, protest and unrest, multiple debates, the president’s Covid-19 illness and recovery — left the race largely steady means that Biden’s odds of victory have grown substantially, even if his polling lead has not. Trump has a clear path to win, but it’s not especially probable.

On the other hand, the Economist’s super-bullish odds for Biden say that the likelihood of Trump winning is 4 percent, or about as likely as Steph Curry missing a free throw — a rare occurrence, but certainly something that happens. FiveThirtyEight gives Biden about an 11 percent chance; if someone told you a given restaurant gave food poisoning to 11 percent of its clients, you probably would not eat there. In non-election scenarios, the kind of odds Trump is facing would be understood as involving a fair amount of risk.

More than a dozen national surveys were released Thursday, all showing Biden in the lead and averaging to something in the high single digits.

His best result came from the USC Dornsife tracking poll (which has a somewhat unorthodox methodology) and registered a gigantic 12-point lead. Trump’s best poll came from Rasmussen, which invariably delivers Republican-leaning results and still showed Biden up 1 point.

All in all, the RealClearPolitics unweighted national average shows Biden up 7.8 points. Crucially, in that average, Biden is over 50 percent — so even if every single undecided voter and third-party supporter decided to flock to Trump in a desperate pro-malarkey surge, Biden would still have the lead.

Remarkably, throughout the entire campaign there’s been essentially no shot of Trump actually winning more votes than his opponent, and that continues to be true on the eve of the election. But it’s the states that matter, and in the states, the race is closer.

Biden has a healthy lead in Pennsylvania

The most likely “tipping point” state — the one that could be decisive if the election is close — is Pennsylvania. And the polling averages there are closer.

RealClearPolitics says Biden is up by 4.3 points, which is a healthy lead, but polling errors of that scale happen. The final RCP average for Pennsylvania in 2016, however, had Clinton up by 1.9 points. Trump won by 0.7 points, for a total polling error of 2.6 points. (FiveThirtyEight’s weighted polling average currently puts Biden up by 5.2 points.)

In other words, if you think that pollsters have done nothing at all to fix the methodological problems that plagued swing state polling four years ago and that an error of the same magnitude will recur, then Biden would still win Pennsylvania and thus almost certainly win the election.

And the two most recent polls for Biden — +7 from Quinnipiac University and +5 from a firm called Citizen Data that’s not well-known — were actually better for him.

Then there are a bunch of other states where Biden has a lead, but generally a smaller one.

Biden has smaller leads in the other battlegrounds

By the numbers, Biden unquestionably does not “need” to win Pennsylvania.

Polling averages show him with modest leads in North Carolina, Georgia, Florida, Arizona, and even Iowa, so taking even an important state like Pennsylvania off the board isn’t the end of the story. But his leads in all these states are smaller — 1.4 in Florida, for example, and just 0.7 in North Carolina.

If it turns out the polls are badly off in Pennsylvania, one likely scenario is that they were off everywhere, and Trump wins after all. That’s because while polling errors are random, large polling errors can be correlated from place to place. If you undersample white voters with no college degree, as many pollsters did in the 2016 cycle, you end up undersampling them everywhere, so every state where those voters are a large share of the population tips the same way.

But it’s also not out of the question that polling error could go one way in Pennsylvania and another way in a demographically dissimilar state like Arizona or North Carolina.

And in North Carolina, Biden did get late-breaking good news from the very well-regarded New York Times poll, which put him up 3 points, while Citizen Data had him up 7. In Arizona, by contrast, the most recent survey was a Rasmussen poll that had Trump up 4, though on Wednesday, a well-regarded Latino Decisions poll had Biden up 5.

The basic picture, which is really what we’ve seen all year, is that you’d definitely prefer to be in Biden’s shoes. But the odds of a Trump win, though not large, are also not large enough to dismiss out of hand. On the other hand, liberal anxiety and conservative chest-thumping can obscure the fact that mistakes may happen in either direction.

Biden could win in a landslide

Biden definitely doesn’t need to win Texas to win the election, which is good news for him because the latest polls all have him losing the state — whether by 4 points or by just 1. There was a Data for Progress poll on October 26 showing him up 1 point, but the same day the New York Times had him down 4.

The larger significance of all this is that Trump’s polling lead in Texas is actually smaller than Biden’s lead in Pennsylvania.

In other words, while it’s definitely possible that Trump will defy the odds and win, it’s more possible that Biden will win a landslide victory that features a shocking blue Texas scenario. This would almost certainly involve sweeping Florida, Georgia, and North Carolina, too, and likely involve Iowa and Ohio as well. Indeed, FiveThirtyEight thinks it’s slightly more likely that Biden will win Alaska than that Trump will win the election.

That doesn’t mean either outcome is likely (though the combined probabilities of one or the other happening are over 25 percent), but it’s a reminder that uncertainty exists in all directions. For now, though, the last week’s flurry of polling mostly confirms what’s been true of this race all along — Biden is up, and the Electoral College helps Trump, but not enough to save him unless the polls are wrong.

The stunning new texts, documents, and impeachment evidence released by the House, explained
The best $219 I ever spent: A HEPA filter for my parents
The best (or worst) $20,000 I ever spent: The money to start a small business
Friends is 25 years old. It’s still extremely popular — and polarizing.
The member of Congress who’s trying to stop QAnon
The Democratic platform, explained