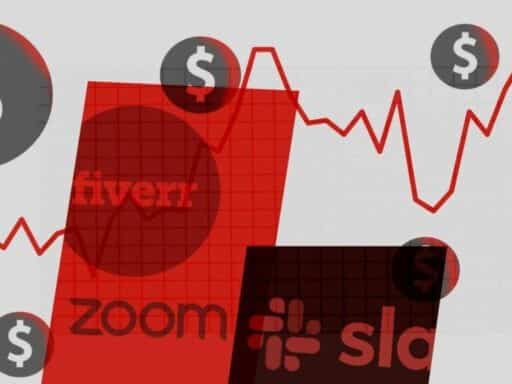 Check our IPO tracker for a glimpse at the performance of some of the biggest new public companies in tech.

After years of only sporadic tech IPOs, the spigot has opened. 2019 will likely be a banner year for multibillion dollar companies hitting public markets.

Tech companies have stayed private longer than they have in the past, and they’re worth more than ever. As of mid June, the US has 177 active tech unicorns — the term for startups valued at more than a billion dollars — according to financial data software company PitchBook. A decade ago, there were only nine. Additionally, tech companies like Uber, WeWork, and Airbnb have become household names — meaning people outside the tech community are more likely to invest in them, and by extension have more to lose if these unproven companies fail.

Failure is a distinct possibility. Some 84 percent of US tech companies that went public last year did so without turning a profit. The last time unprofitable tech companies went public at this rate was in 2000, the year the dot-com bubble burst. In 2019, these companies are riding high on venture capital money and investors’ hunger for growth above all else.

Even more concerning, these companies are going public at a time when economists are predicting a new recession may hit within the next couple of years. An economic slump isn’t good for anyone, especially newly public companies like Uber and Lyft with lots of debt. This new crop of IPOs in 2019 will be canaries in the coal mine for the economic prospects of other technology companies, as well as the economy at large — which is increasingly dominated by tech.

To help keep an eye on things, we’ve built an IPO tracker that will update stock prices every few minutes. So far, we’re tracking Lyft, Zoom, Pinterest, Uber, Fiverr, Slack, and Peloton, which are listed in order of IPO date. In the coming year or so, we can also expect WeWork and Airbnb to go public. This tool is meant to give you a quick visual perspective on how these tech companies are performing in the stock market compared to their debut prices (what the companies first traded at on the public market).

Of the public stocks on our tracker, only Zoom is making a profit. The other companies, like most tech companies going public lately, are in the red. As of publication, Lyft is trading below its debut price while Uber is slightly above its debut price. We’ve also listed the offer price for each stock — the usually less expensive price at which large-scale investors get to purchase the stock before it begins trading.

We’ll update our tracker as other tech companies go public throughout the year.

Why the Covid-19 vaccines may feel different from other routine shots
Why measles is back in the US
The Supreme Court takes up a deeply fraught case about state funding of religious schools
Trump undercut his message to black voters with celebrations of racism and white history
Amazon employees shared an event invite to discuss how the company treats its workers. Then it disap...
Game of Thrones is over. Giant TV hits aren’t going anywhere.