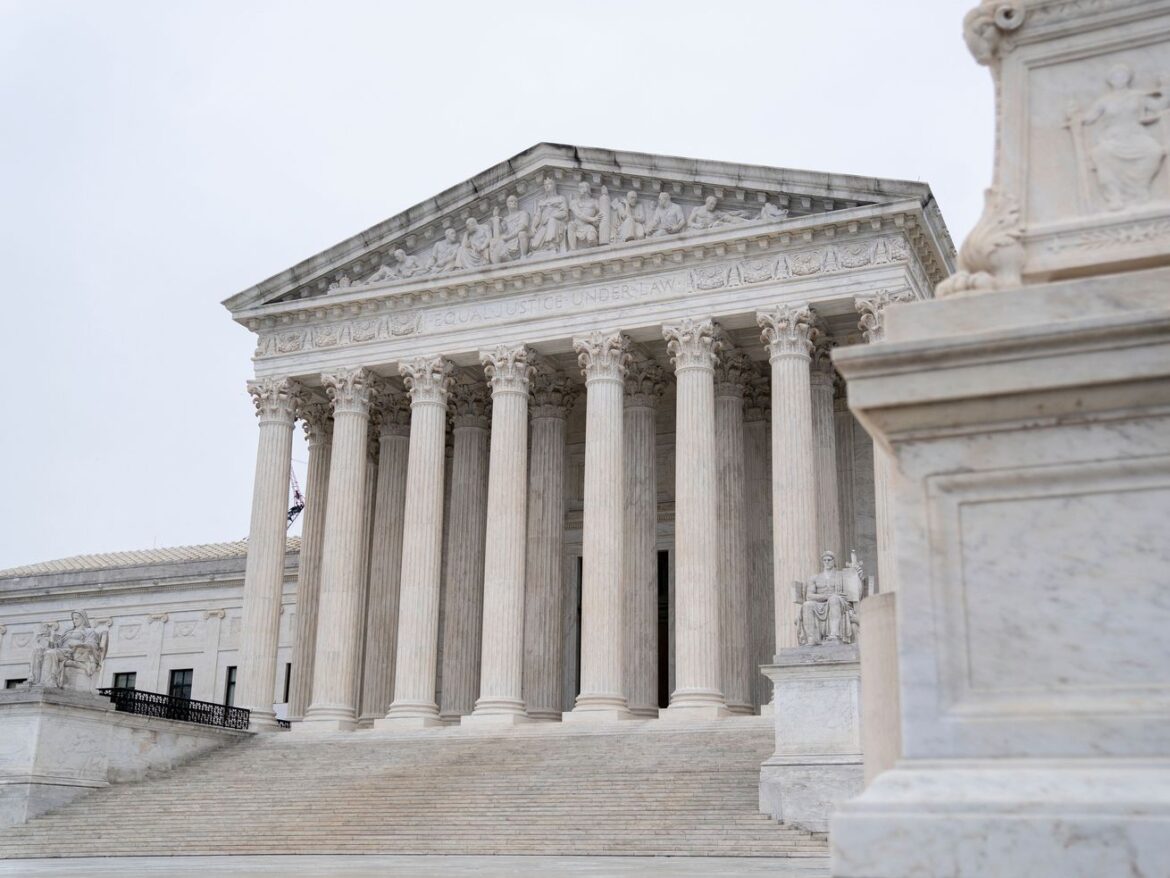 The past — and future — of the Voting Rights Act.

Although we’re months out from any rulings, many voting rights advocates have their eyes on the Supreme Court, which is likely to rule on a few cases this term that could affect the strength of the Voting Rights Act.

The act was passed and signed in 1965, but it was a long time in the making. Its roots trace back to the end of Reconstruction. Federal troops withdrew from the South after the Compromise of 1877, ushering in what’s known as the nadir of race relations in America. Jim Crow laws were enacted, the Ku Klux Klan rose to power, and many of the attempts Black people made to vote and exercise full citizenship were met with violence. That violence persisted well into the 1960s.

After the VRA passed, Black voter registration in the South rose immensely, and throughout the nearly six decades since it was enacted, the legislation has been both strengthened and weakened. According to Atiba R. Ellis, a Case Western Reserve School of Law professor, “In some ways, the way the Voting Rights Act has changed has been, in part, a conversation between Congress and the Supreme Court.”

On this week’s episode of The Weeds — Vox’s podcast for politics and policy discussions — we hop in the Weeds Time Machine with Ellis and go back to the circumstances that gave us the VRA, and look forward to what the policy could become in the near future.

Below is an excerpt of our conversation, edited for length and clarity. You can listen to The Weeds on Apple Podcasts, Spotify, Stitcher or wherever you get podcasts.

Merrill [v. Milligan] is now in front of the Court, and it concerns a redistricting plan in Alabama. Alabama went through its redistricting process, and it drew one district for its US House of Representatives that was majority Black. The plaintiffs here are basically arguing that Alabama packed Black voters into that district when it should have drawn more districts that were majority African American. And so [the plaintiffs say] that this violates Section 2 of the Voting Rights Act.

So this has the potential of completely changing the standard for racial vote dilution cases under the Voting Rights Act and potentially making it a lot harder for plaintiffs to bring their claims.

That’s not the only Supreme Court case regarding voting that could impact the Voting Rights Act coming up this summer, correct?

In my view — and, full disclosure, I co-authored a brief on the Moore v. Harper case — our argument was this makes no sense. Branches of government exist to balance the work of any one. And so for the legislature to have all the power and, depending on the version of the independent state legislature theory that you’re looking at, it could be just the state legislature and maybe the federal courts, or maybe just the Supreme Court, but not the state courts themselves. Does it make sense that a state court with its state constitution that says the state courts can check the legislature, that all that gets ignored because of this? Overarching, [this is an] ahistorical and nonsensical interpretation of the Constitution.

What does the future of voting in America look like without the Voting Rights Act — or without any of its teeth, which very well may happen after this next session of the Supreme Court?

I think voting becomes very challenging or very advanced, depending on what state you’re in. Because the pattern that seems to be at play these days is one of certain states wanting to take on more and more initiatives driven by the myth of voter fraud and desiring to make the rules more strict, make the regulations more rigid and onerous. Some states have even recently passed rules that would require voting be exclusively in person.

The challenge is with the stricter rules driven by voter fraud talk, does that make it too hard for people without the means to overcome these hoops to participate? And to me, that echoes the Jim Crow problems that we were talking about: the nadir of voting rights. This is an era where a full third of the country’s population couldn’t effectively vote because there were too many regulations that exploited the weaknesses of that population. And all of that discrimination fell largely along the lines of race. Does something of that sort repeat itself? Maybe not to the scope of Jim Crow apartheid, but I would think that any repetition of that could be problematic, and if history teaches us anything, a lot of that will fall along the lines of race.

And, of course, the irony is, depending on what state you look at, there’s also advancements in voting rights, right? There are some states that have embraced mail-in voting, drop boxes, same-day registration, more moderate versions of voter ID, and the like. And so I wonder whether the future might be a new “separate but equal” kind of voting map across the country, and the ease with which you can vote, the ease with which you can participate in democracy, depends on what state you’re in and what the agenda of your legislature is.

On one level, there’s a lot of what I like to think of as the hyperregulation of the vote in the period immediately before the passage of the Voting Rights Act. You had this list of Jim Crow rules that dissuaded people from voting. And today, arguably, we have the rise of another set of rules driven by concerns around voter fraud that doesn’t exist: strict voter ID laws, more aggressive voter purges, the narrowing of opportunities to vote outside of just Election Day itself, which in and of itself creates long lines and makes voting more difficult.

We remember the footage from Georgia in the wake of their recent laws that were passed, that created long lines, and you had rules that said you couldn’t bring someone to drink water while they’re standing in line for hours on end in order to wait to vote. All of these kinds of rules have their own form of dissuasion effect that would chase people away from voting.

But this sort of expressive harm of dissuading people from exercising the vote might well become the norm. It’s worth taking a moment to think about the effect of voter fraud talk, in the period around Reconstruction and in the Jim Crow period and even the Voting Rights Act period. And now a lot of the justification for these strict rules is preventing fraud, preserving the integrity of elections.