How to choose the perfect dog for you 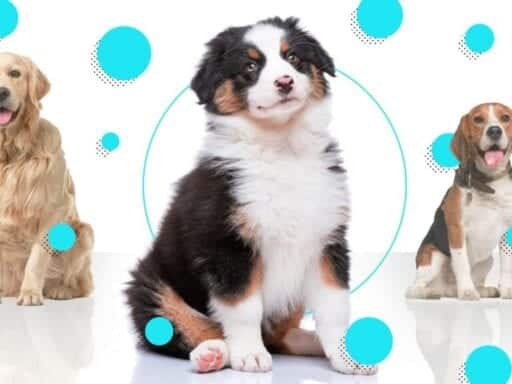 The first step is to be honest about your lifestyle.

Justin Keane watched his purebred miniature Australian shepherd, Stella, play on a chilly December morning at a riverfront dog park in Portland, Oregon. He has owned dogs all his life, both rescues and purebreds. He says he chose Stella from a breeder, and that she’s now a well-trained 4-year-old who has proven to be an excellent travel companion. When asked his secret for choosing a good dog, he looked a little bewildered. “I don’t know. How do you pick your mate in life?”

Nearby, a half-dozen dogs happily tromped through the muddy field, fetching tennis balls, rolling in frosty grass or sniffing one other. Most of their owners recalled that getting their dogs involved internet research, rounds of interviews with breeders, and not-insignificant amounts of money. At least at this dog park, there weren’t any simple accounts of picking up a stray.

Nearly 70 percent of all US households own a pet, and dogs are by far the most popular, according to Forbes. Millennials have recently overtaken baby boomers as the biggest pet-owning generation, and they spend lavishly on their “fur-babies”: 51 percent buy them gifts once a month or more, and 60 percent buy them clothes, also according to Forbes. As millennials delay or choose not to have children due in large part to financial insecurity, the US birth rate is at a record low, and when a Yorkshire Terrier wearing a hoodie rolls by in a stroller, it’s hard to avoid a little armchair psychology.

So how does one choose a fur baby? Folk wisdom recommends choosing a dog by gently shaking the litter’s whelping box: Whichever puppy is still standing is the best, because it is resilient and strong. Modern would-be dog owners tend to use more rigorous criteria. Purebred or mutt? Puppy or adult dog? Rescue or breeder? The choices can feel fraught, because choose wrong and you might inadvertently support a puppy mill or end up with a dog who doesn’t fit into your lifestyle or family. Choose correctly and you could have a BFF for a decade. No pressure!

Be honest with yourself about your lifestyle

You’ll need to examine your life and family from every angle. Be thorough and honest. There are many online tools to help with this. The American Veterinary Medical Association has a good questionnaire, as does Purina pet food.

John Howe, the association’s president, suggests asking yourself the following questions: Do you live in the city or country? If it’s the city, does your residence regulate the size or breed of dog you can own, and will your dog have easy access to the outdoors? Do you travel a lot? Do you have the time to housebreak and train a puppy, or would you prefer an adult dog that already has those skills? Does anyone in your family have allergies or fears of certain breeds?

There’s also the question of cost: Can you afford a dog? It costs about $1,000 to take care of a dog during the first year of life and about $500 a year after that, according to the book Rescue Dogs by Pete Paxton. The American Society for the Prevention of Cruelty to Animals (ASPCA) estimates an even higher first-year cost, placing it at $1,471 for a small breed to $2,008 for a large one. The first year is more expensive because of vaccines, training classes, and spaying or neutering. The cost of getting a dog varies widely, too, from a $100 adoption fee at a shelter to $2,500 and up for certain spendy breeds (English Bulldogs, for example). From there, you’ll need to afford good-quality dog food, boarding, and grooming, if necessary, and there’s always the possibility of the need for emergency veterinary care.

Time to choose: rescue or breeder?

And here we are at the third-rail of dog ownership.

Contrary to popular belief, “If you want to be the most assured that the dog that you’re getting has a known personality that will fit in with your family, your lifestyle and other pets, adopting from a shelter is the way to go,” says Paxton. “It’s a mistake to think that if you buy a puppy from a breeder that you can control the puppy’s personality and guarantee that the puppy will like kids, dogs, cats or your lifestyle.”

According to the ASPCA, about 3.3 million dogs enter US animal shelters annually. Every year, 670,000 shelter dogs are euthanized, while approximately 2 million are purchased from stores and kennels, according to Paxton, who uses a pseudonym to protect his identity because he still works as an undercover animal investigator exposing animal cruelty, mostly in puppy mills.

The stereotype that rescue dogs are “broken,” Paxton explains, is flawed. Would-be dog owners are often concerned about unknown health issues and separation anxiety, which is when a dog panics at the owner’s departure and stays panicked until they return.

But Paxton contends that separation anxiety can also occur when breeders pull puppies from their mothers too early, at five to six weeks of age, (though in many states they can’t legally be sold until eight weeks).

“When dogs are bred for profit, their physical and mental wellbeing suffers,” Paxton says.

Some people do choose to go with a breeder because of allergies or because they have their heart set on a specific breed. Keane, who was at the dog park, had only owned rescue dogs but he connected with a breeder for the first time because he’d decided on a miniature Australian shepherd. He has owned a few rescues with traumatic pasts who he says couldn’t always be trusted to play nice. Stella has been a perfect fit and even comes with Keane to his work as an arborist every day. Still, he doesn’t tell everyone that Stella was purchased from a breeder because of the stigma. “You don’t want to say that in mixed company,” he says.

Howe recommends that people research reputable breeders by asking friends and veterinarians for references and also checking if the business or family belongs to a dog breeders association to try to avoid supporting a puppy mill. Pet store dogs can also carry risks, such as the recent outbreak officials say traces back to puppies from Petland.

When asked if there was a way to purchase a dog from a breeder ethically, Paxton didn’t budge, “Buying a puppy from a breeder means a dog dies in a shelter.”

So you’ve decided on a shelter. Talk to shelter workers about the dog before you leave.

Shelter volunteers and workers have often fostered the dogs and will know how they act in homes, Paxton says, so ask them for recommendations. The dog could act one way at the foster home, but if it’s their first day at the shelter they might be stress-barking or whimpering, but you wouldn’t know that unless you asked.

A dog with health issues can lead to unexpected veterinary costs. To avoid that, look for signs of health. Physically, the dog’s eyes should be bright and clear, Howe says. It should have a clean, shiny coat with no excessive dandruff. It shouldn’t be thin or overly fat or have any sights of illness such as discolored nasal discharge or diarrhea. A vet should diagnose any parasites, allergies or infections, but these are general health signs that a lay person can recognize.

Personality-wise, the dog should be active, friendly, and inquisitive. When gently handled, a dog should not show signs of aggression, such as fear-biting. It should not be afraid of you, whether it’s a puppy or an adult dog. Aggression and the flip side — timidity — might mean the dog was not properly socialized when it was younger, and “that’s a really hard thing to overcome,” Howe says.

If you’re going to a breeder, don’t rely on stereotypes

Online breed selector guides can help narrow down which breeds might be right for your home and give some basic ideas about their typical traits. Some terriers, for example, want to explore tight spaces, such as underneath beds, as a leftover instinct from hunting rodents. Shepherds might try to “herd” small children.

But stereotypes for breeds of dogs, like those for people, are quick to fall apart.

“I know plenty of Chihuahuas who are calm little lap dogs, and I’ve met some of the meanest Dachshunds you’ve ever seen, and it’s because they’re individuals,” Paxton says.

Dogs that are bred to look a specific way can run into health problems from inbreeding—hip dysplasia in large breed dogs such as Labrador Retrievers, and respiratory problems for flat-faced dogs such as pugs are two common concerns. Howe suggests buying a dog from somewhere that promises a refund or a different dog if a puppy turns out not to be healthy at its first veterinarian visit.

If your heart is set on a certain breed, however, there are also myriad rescue networks for each one. For example, if you live in Washington, DC, and you are a sucker for a wrinkled little pug, you could get in touch with Mid-Atlantic Pug Rescue, a network of volunteers who foster homeless pugs and find them homes. Just plug your location, preferred breed, and “rescue organization” into Google.

When you find a breeder you like, ask if you can meet the dog’s parents because the temperament of the parents is a good indication of a puppy’s disposition, Howe says.

Remember, your dog doesn’t have to be perfect

Maybe you’ll fall in love with a shelter dog who has some health issues, who snores or is a little older than you were hoping for. But sometimes it’s worth trusting your intuition and bringing it home anyway. Dogs deserve loving families, and as long as you have all the resources, go for it. Getting a dog is, after all, a matter of the heart.

Rachel Saslow is a writer based in Portland, Oregon. Her work has appeared in the Washington Post and Portland Monthly.