How to solve climate change and make life more awesome 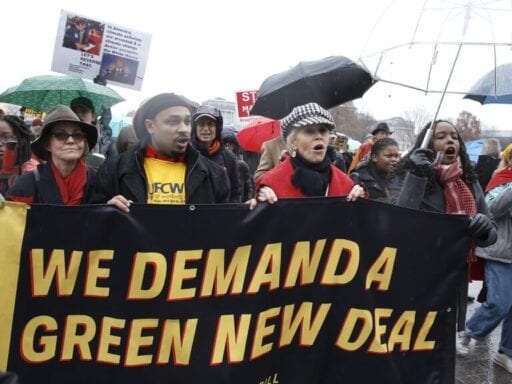 We already have all the tools we need to fix climate change. We just need to use them.

Last month, I launched a climate change series on The Ezra Klein Show. The series isn’t about whether “the science is real” on climate change. It’s about what the science says — and what it means for our lives, our politics, and our future.

So far, we’ve spent the series talking about the problem we’re facing and what the world will ultimately look like if we fail. (I would highly recommend listening to the first two episodes of the series: Kate Marvel on what the climate models actually tell us, and Ayana Elizabeth Johnson on what climate change is doing to the oceans.) Today’s conversation is different: It’s about what it will take to solve climate change and what kind of world we can build if we succeed.

Saul Griffith is an inventor, a MacArthur fellow (also called a “genius grant”), and the founder and CEO of Otherlab, a high-tech research and development company on the frontlines of trying to imagine our clean-energy future. Griffith and his team were contracted by the Department of Energy to track and visualize the entirety of America’s energy flows — and as a result, he knows the US energy system better than just about anyone on this planet. Griffith is also clearer than anyone else I’ve found on the paths to decarbonization, as well as how to navigate them.

Most conversations about climate change are pretty depressing. This conversation is not. We have the tools we need to decarbonize. What’s more, decarbonizing doesn’t mean accepting a future of less — it can mean a more awesome, humane, technologically rich, and socially inspiring future for us all.

Can you paint a picture of what it could be like to live in a decarbonized world? Is there a vision of a decarbonized future that could actually be awesome — that people will want to buy into?

I think this is a great question. All of the politicians are pitching their climate plans from some top-down economic view, saying things like, “We’ll decarbonize this industry by this date.” It all sounds very abstract. No one has presented the Green New Deal from the kitchen table out: What will it look like in my home?

Instead of burning natural gas to make your coffee in the morning, you’ll have an induction range, which [can] be programmed to cook your coffee for you in a way that’s much easier. You’ll have better air quality, which will help cure things like allergies and severe asthma. You won’t have to worry about carbon monoxide anymore. You’ll be warmed by your radiant floor heating, which won’t give you that dry mouth in the middle of the night. The car will be charged overnight by renewables like wind. The rest of your house will be powered by the solar on your roof that day.

Also, your total energy costs will go way down. We ran the numbers grossly for Australia, and if you did that package of electric vehicles, heat pumps, and rooftop solar, you would save the average Australian family about $1,000 to $2,000 a year. So there’s more money in your pocket to enjoy the rest of your life.

This conversation is about a vision of decarbonization that is genuinely awesome, and how we can actually get there.

Despite concerns about coronavirus, Tuesday’s primaries are on
Why MIT Media Lab thought it was doing right by secretly accepting Jeffrey Epstein’s money
How Canada lifted nearly 300,000 kids out of poverty in a single year
Cup of Politics: Listen to USA TODAY's weekly political podcast
The Senate just passed a $480 billion “interim” stimulus bill to tide over small businesses
Why the coronavirus outbreak increasingly looks like a pandemic