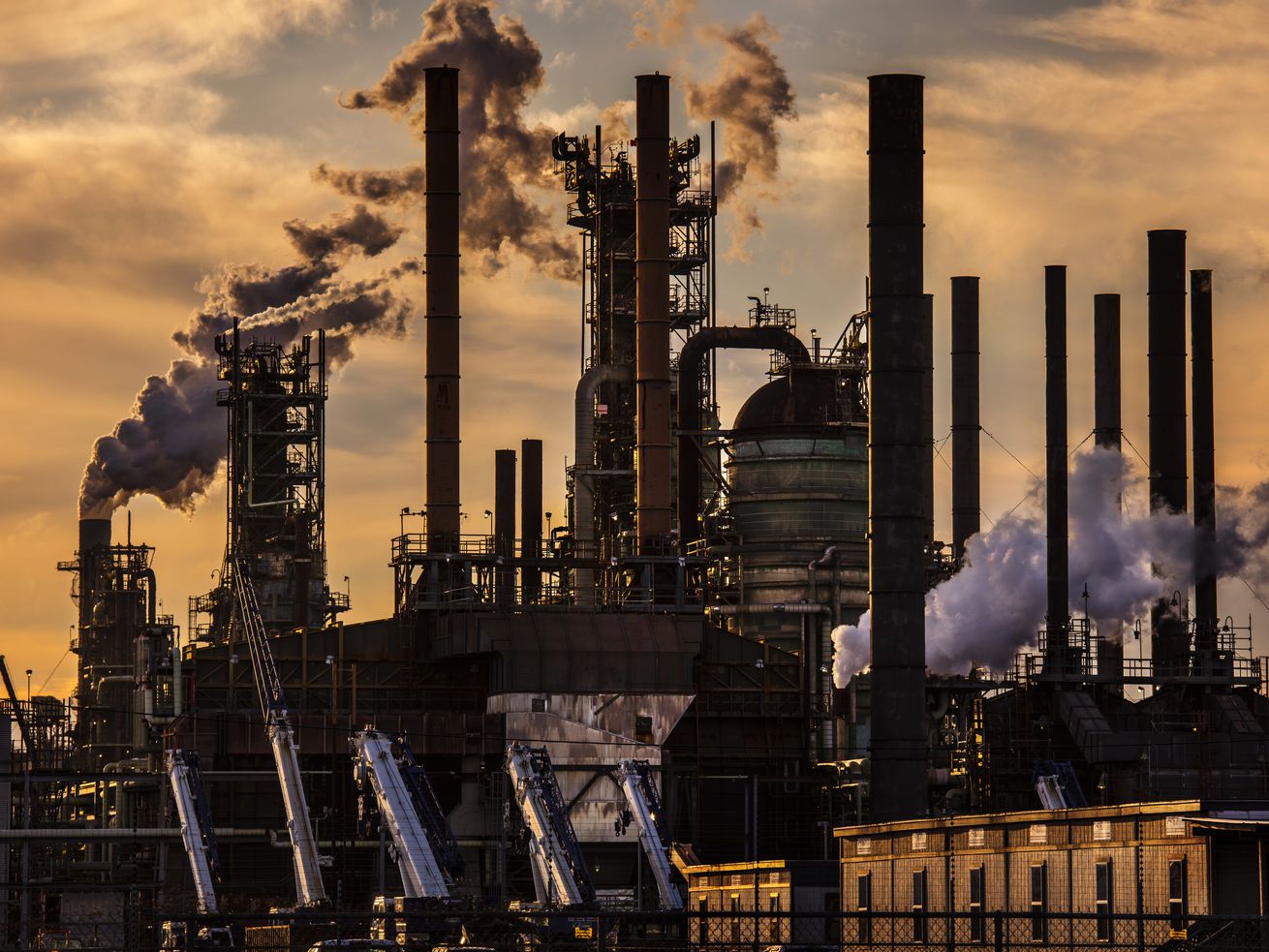 In his first week in office, President Joe Biden committed to an all-of-government approach to tackle climate change, signing executive orders recommitting the US to the Paris climate agreement, pausing new leases for oil and gas companies on federal land, and stating his intention to conserve 30 percent of federal lands by 2030.

Yet while Biden’s climate actions have been lauded by many, there are some, often with connections to the fossil fuel industry, who strongly oppose taking stronger action on climate.

Many such detractors use common oil-industry talking points in their arguments — talking points that have been developed in collaboration with PR firms and lobbyists to undercut clean energy policies and prolong dependence on fossil fuels.

A 2019 report by researchers at George Mason, Harvard University, and the University of Bristol describes how the fossil fuel industry deliberately misled the public by funding climate denial research and campaigns all while knowing for decades that human-induced climate change exists.

Aware of the science but afraid of the impacts it might have on their returns, oil executives funded opposition research that “attacked consensus and exaggerated the uncertainties” on the science of climate change for many years with the goal of undermining support for climate action.

Their messaging has worked for so long because Big Oil has become really good at stretching the truth.

“What’s really important to keep in mind is that part of the reason that oil and gas propaganda is so effective is that there is always a grain of truth to it,” said Genevieve Guenther, the founder of End Climate Silence, an organization that works to promote accurate media coverage of the climate crisis.

“I call it ‘sort of true,’ where there’s something about the messaging that’s true, but that grain of truth gets developed into a whole tangle of lies that obscure the real story,” Guenther said.

Guenther, originally a professor of Renaissance literature, is also working on a book titled The Language of Climate Change. I spoke with her to get a better understanding of how to recognize — and counter — Big Oil propaganda.

As the Biden administration takes important steps to address the climate emergency, the fossil fuel industry and its allies in the media will be ramping up the misinformation campaign to skew public opinion and get in the way of climate policy. Fox News has already started.

Which is why it’s more important than ever to be aware of the tools oil and gas companies use to cloud the issue.

My conversation with Guenther, edited for length and clarity, is below.

I’d like to start with your thoughts on how the Biden administration is handling climate change so far.

I think that the Biden administration has come a really long way since the beginning of the [2020] primaries. I think that the Sunrise Movement and Evergreen Action folks, and other activists connected to Alexandria Ocasio-Cortez and Jay Inslee, have done an amazing job, basically schooling Biden on climate.

So far, Biden’s the best president on climate that we have had. But I’m not quite ready to do a backflip and wave my pom-poms yet, though, because I know that his major plan, which is to decarbonize the power grid by 2035, will need to be routed in some way through Congress.

I am anticipating that’s not going to be easy and expect a massive PR blitz [from the fossil fuel industry], which is going to be timed for the attempt to pass this plan, whether directly or through budget reconciliation. And I worry that the Biden administration, and the climate movement more broadly, might not be ready,

So what are the talking points the oil industry uses to try to convince the public in these PR blitzes?

How do they make people believe that taking climate action is going to hurt them financially?

Right now, they’re really hammering the point that climate action is going to hurt jobs and the economy. So, for instance, Sen. Ted Cruz released a press statement saying that by rejoining the Paris climate accords, Biden is showing that “he’s more interested in the views of the citizens of Paris than in the jobs of the citizens of Pittsburgh.”

Yeah, and we also saw Rep. Lauren Boebert make a similar statement saying she works for “the people of Pueblo, not the people of Paris” and that the Paris agreement would put “blue-collar jobs at risk.”

Yeah, exactly. So Cruz is arguing that Democrats plan to destroy the jobs they don’t like, including thousands of manufacturing jobs. This is completely false, because building out clean energy infrastructure is going to create millions of manufacturing jobs in this country which can’t be outsourced.

And whatever fossil fuel jobs have been lost in the past year happened a) on Trump’s watch, and b) due to market forces that have absolutely nothing to do with any explicit climate policy passed by any administration.

So if the claim is untrue, how has the idea that taking action on climate change will cause millions of job losses become so pervasive?

There’s a mythology in this country of the coal miner and the oil and gas worker, as the kind of exemplary masculine figure who acts as the backbone of America.

Do you think there’s any truth to that?

It is true that if we phase out the fossil fuel industry there are going to be people, and indeed whole communities, that will need to find their livelihood in different industries. That is absolutely true.

But two things about that: Number one, you can design policies so that those people don’t suffer, and number two, you can put incentives in place so that the new jobs are created in the geographical regions that are already depopulated and suffering economically, because the fossil fuel industry is not actually prosperous enough anymore to sustain a vibrant economy in those regions to begin with.

So, you can set up both: policies to ease the transition and policies to incentivize new investment so that the economy ends up more vibrant in these locations than it was before. Nothing is inevitable. The transition can be managed.

One I’ve seen a lot lately raises people’s national security fears with the message that we need to extract oil to maintain our “energy independence,” as if domestically produced fossil energy alone were powering America’s homes and businesses.

The truth is that, according to the US Energy Information Agency, in 2019 (the latest year for which full data is available) the US imported 9.14 million barrels of petroleum a day — half a million more than we exported. It’s clean, safe energy sources like wind and solar that are sure to be domestically produced, not oil and methane gas.

So they act as if US independence will be lost without fossil fuels, while in reality America still depends on other countries to get its oil and gas. Got it. What else?

Another talking point designed to make us believe that we need fossil fuels is the message that we cannot halt global warming without “innovation.” This is a tricky one, because you’ll often hear energy researchers talk about the innovations we’ll want to develop in order to enable continued aviation and industrial shipping.

But saying that new technologies will help us is different from saying that we need them, which implies that the world cannot stop using fossil fuels now. So politicians in the pockets of the oil and gas producers will proclaim that they support “innovation,” and fossil fuel companies will place ads touting the money they’re spending on research and development— but the money they actually do spend is orders of magnitude smaller than their PR budgets, not to mention their budgets for exploring and developing new fossil fuel reserves.

The third thing Big Oil will try to do is to make people believe that climate change is not such a big deal. Either they call people trying to communicate the dangers of global warming “alarmists,” or they simply don’t talk about the climate crisis at all.

In their campaign of silence they’re aided by the vast majority of the broadcast news media, which mostly proceeds as if the crisis didn’t exist and won’t even mention the words “climate change” when they report on floods, fires, and hurricanes in which there are scientifically established links to global warming.

It’s weird to think of silence as messaging, but sometimes what you don’t say is as important as what you do.

Okay, so we now have the three points the fossil fuel industry often uses: Convince people climate action will hurt their pocketbooks, suggest that we need fossil fuels, and downplay the climate emergency. How do climate scientists, activists, and the media counter that narrative?

It’s because if we don’t do it, we might actually destroy civilization.

We’re not going to change up everything unless we have to, and guess what? We have to. This is what an existential threat means.

I worry that the Biden administration isn’t bringing that message to the foreground, because you need that to be part of the understanding of why we’re doing this work.

The motivation here is that we’re trying to save our world. We’re trying to save the lives of our children. I think activists do a pretty good job of keeping that messaging in the foreground, but I really wish that politicians would do it too. I think they’re still running scared, and I don’t think they have to be.

Here’s how to stop seeing ads on the internet without screwing over publishers
What will Pride mean this year?
The debate over ending social distancing to save the economy, explained
Martin Scorsese has spent his entire career searching for God
Did Bernie Sanders underperform in New Hampshire?
Inside the final days of the $35 million startup meant to fix the Democratic Party