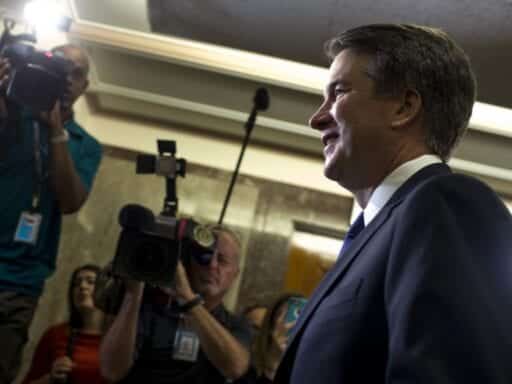 He’ll testify this week in front of the Senate Judiciary Committee.

A confirmation hearing for Supreme Court nominee Brett Kavanaugh begins on Tuesday. Kavanaugh will appear in front of the Senate Judiciary Committee, where lawmakers will be able to publicly press the controversial pick on a wide-ranging set of issues, including abortion rights and executive power.

The hearing itself is going to be quite the marathon. The panel will kick off on Tuesday morning and is expected to continue through Friday. Senators on the committee will hear from Kavanaugh and more than 20 other witnesses who will weigh in on his nomination.

Day one will include introductions from a trio of Kavanaugh supporters, opening statements from all 21 lawmakers on the Judiciary Committee, and Kavanaugh’s own remarks, per the Hill.

Questioning of Kavanaugh, meanwhile, is slated to start on Wednesday, which is set to be a very long day. Each senator on the committee will have 30 minutes for questions that day and another 20 minutes on Thursday. Capping off the week, 28 witnesses, including several who will speak to the limits of the executive office such as Richard Nixon’s White House counsel, are scheduled to testify on Friday.

In addition to a continued emphasis on abortion rights and health care, Democrats intend to make Kavanaugh’s views on the presidency and corporate power among the lines of questioning they’ll pursue. (He’s sided with corporate interests and endeavored to limit independent agencies on several cases addressing everything from net neutrality to environmental protection.)

Kavanaugh won’t be the only one in the limelight; this hearing also offers a big platform for potential 2020 hopefuls looking to make their mark. Some of the much-discussed presidential possibles, including Sens. Kamala Harris, Cory Booker, and Amy Klobuchar, are members of the committee. There are also a number of interesting Republican lawmakers on the panel such as Sens. Jeff Flake, Ben Sasse, and Lindsey Graham.

Given Republicans’ razor-thin majority in the Senate, Democrats are eyeing this hearing as an opportunity to gin up grassroots opposition, so they could potentially sway pivotal moderates like Sens. Susan Collins and Lisa Murkowski, to block Kavanaugh’s nomination. Most observers think Kavanaugh will sail through, however.

How to watch Kavanaugh’s hearing before the Senate Judiciary Committee