How to watch the World Cup final between France and Croatia 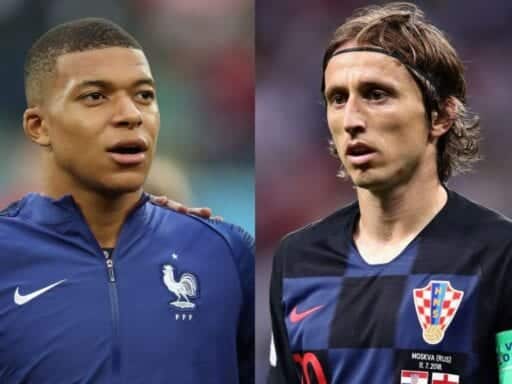 Will you be among the billions watching?

The 2018 FIFA World Cup final is set, and France will play Croatia to lift the famous trophy on Sunday, July 15, at 11 am Eastern.

It’ll be a drama-filled game: France and Croatia will prove a tense match with superstars on either side. For France, a young team full of bright young stars — especially Kylian Mbappe — may realize their talent in the most impressive way. For Croatia, a group of world-class professionals will try to win it the title for the first time in their first-ever final.

More than 1 billion people watched the final in 2014, and it’s expected that even more will watch this bout between a heavyweight team and a capable Cinderella squad.

Will you be among them?

How to watch the World Cup final

You can watch the final on Sunday, July 15, at 11 am on Fox Sports 1 or Fox in the United States. You can also watch online at fuboTV,* Hulu,* YouTube TV, Telemundo, NBC Universo, DirectTV Now, SlingTV,* and PlayStation Vue.