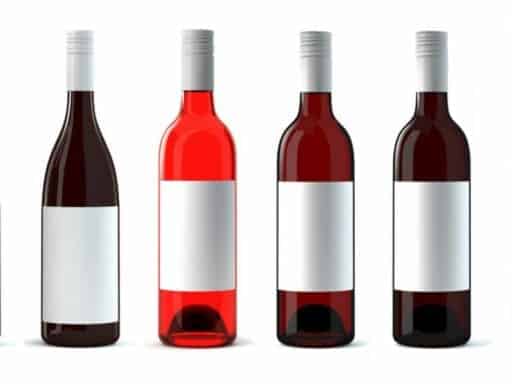 Thanks to a now-infamous bar fight, UB40 jokes are all over your feed. Yes, that UB40.

As the scrutiny around Brett Kavanaugh’s Supreme Court nomination continues, more details about his time as a student at Yale are being unearthed — and some unexpected side stories are turning in the process, like the one about his involvement in a bar fight after a UB40 concert.

Yes, that’s right: UB40, the ’80s British reggae-pop band, known for hits like their peppy cover of Neil Diamond’s “Red Red Wine,” their peppy cover of Sonny & Cher’s “I Got You Babe,” and their peppy cover of Elvis’s “(I Can’t Help) Falling In Love With You.” There are some who would argue the band’s original, non-cover songs, which started out steeped in politics, were okay, too, but let’s face it, you probably don’t know any of those songs.

In fact, most of us only know UB40 for “Red Red Wine,” judging by how many jokes that referenced the song after the New York Times released a police report stating that Kavanaugh allegedly threw ice on a man following a UB40 concert. According to Chad Ludington, one of Kavanaugh’s former classmates and a member of the Yale basketball team, the conflict arose when Kavanaugh and his friends assumed — apparently incorrectly — that the man was UB40 lead singer Ali Campbell, seen here in the video for the band’s most famous song.

All jokes about the judicial wisdom indicated by that misidentification aside, social media lit up with jokes from those who could not resist the comedic premise of a bar fight over a band who famously covered a song about a drunken haze.

didn’t know why ub40 was trending, then saw beer kavanaugh got into a fist fight after one of their concerts…

But the UB40 mention inspired more than just mockery. Among the points being made by onlookers was that the British band’s original progressive, anti-Thatcherite messaging — not to mention its multiculturalism and diversity — likely would have appealed very little to modern-day Judge Kavanaugh. Indeed, the band’s name comes from the name for Britain’s Thatcher-era unemployment form.

I can’t be the only one pointing out that UB40 was a bi-racial roots band named for a UK unemployment form, and had a whole Rock Against Racism/anti-Thatcher period prior to playing Neil Diamond covers in CT. Look up the lyrics to this and “Madame Medusa.” https://t.co/BdQOc19ZaZ

Not fair to make jokes at UB40’s expense. Pop band, yes, but note they were ethnically diverse, anti-Thatcher, anti-National Front, anti-racism. No wonder Trumpster Kavanaugh threw a beer at a guy he thought was in the group.

And many others pointed out the sheer randomness of the reggae band being abruptly involved in one of the most controversial Supreme Court nominations in history.

UB40 wasn’t even on my Brett Bingo card.

Who had “story will involve UB40” in the betting pool?https://t.co/MoQ8xmfTZx pic.twitter.com/ZI6WyfB0QG

Some people used the excuse to share their nostalgic memories of the band — or hating the band.

True story (and there might not be another chance to share this): First concert I ever went to was UB40. “Red Red Wine” was the third song they played & the crowd went nuts. After that we all seemed genuinely confused about what we were doing there. I punched no one that evening.

When I was in university the DJ at the campus jock bar taped up a sign to his booth that read “NO UB40 EVER!!!” Cheers to you, campus DJ.

Getting older mostly sucks, but I feel sorry for anyone too young to understand how funny someone getting into a fight after a UB40 concert is.

But at the end of the day, most people just wanted to make “Red Red Wine” jokes.

In 1988, while I was driving home from high school, a pickup truck ran a red light and totaled my car. At the moment of impact, UB40’s “Red Red Wine” was playing on my car stereo.

Man, it feels good to get that off my chest.

Ugh, people, MUST we go through the pairings again? Very well. For what I hope is the last time, it’s:

Pink champagne (on ice) with the Eagles

Sangria (in the park) with Lou Reed

Beer (for breakfast) with the Replacements

The statute of limitations for red, red wine jokes expired 2 hours ago.

Amid the jokes, some observers made the salient observation that, well, the lyrics to “Red Red Wine” kind of foretold all of this:

Joking aside, the reason all of the references to red wine feel so obvious in the moment is that a huge part of the debate over the Kavanaugh hearings involves alcohol and his relationship to it. At issue is the question of whether he knowingly lied under oath by portraying his collegiate drinking habits as benign despite witness accounts and evidence that he was a known and notorious partier. And if Kavanaugh would just own up to that fact and admit accountability for it, the hearings might not have proven so contentious.

But now that we’re here, and now that a bar fight has gotten drawn into the proceedings, we have the lyrics of “Red Red Wine” itself to make the point: “Red, red wine, goes to my head / makes me forget … Give me a little time / help me clear up my mind.” It’s not exactly Shakespeare, but in a moment when we’re earnestly debating whether excess drinking could have affected Kavanaugh’s memory about his own drunken behavior, this song about drinking to excess in order to forget does underscore the irony.