How US schools punish Black kids 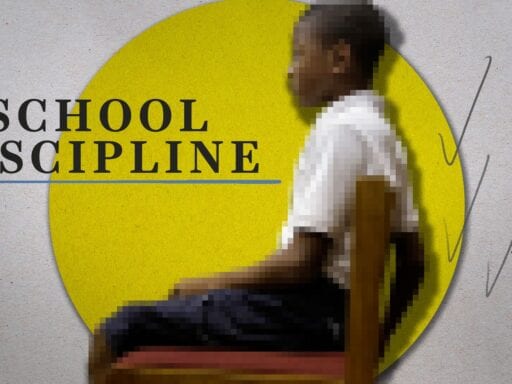 Black students get punished more harshly than white students. The president actually has a ton of power to do something about it.

For the 50 million kids who attend public schools in the US, the 2020 election is personal. That’s because whoever wins the presidency also decides how American schools handle things like testing, class size, and discipline.

When it comes to who gets punished — and removed — from the classroom, the US doesn’t treat all students equally. Black students are suspended and expelled far more frequently than their white classmates, often for the same or similar offenses. As a result, Black kids are missing weeks of school each year because of unfair discipline policies.

During the Obama administration, the Department of Education started to take this problem seriously. They investigated schools and districts with significant racial gaps in punishment rates and gave them guidance on how to replace outdated policies with more effective ones. But Betsy DeVos, President Trump’s secretary of education, has abandoned those efforts. And since the administration hasn’t released any new discipline data since the 2015-16 school year, we have no idea how many Black students are currently affected by school punishment policies.

In the video above, we explain the origins of this crisis and how the 2020 election could change things.

If you want to learn more about racial disparities in school discipline, check out the UCLA Civil Rights Project, which has been studying this crisis for years. Our colleagues at ProPublica, particularly Annie Waldman, have done extensive investigative work chronicling how the Trump administration has neglected to enforce students’ civil rights. The Texas study we mention in the video is publicly available through the Center for State Governments.

This video is the fourth in our series on the 2020 election. We aren’t covering the horse race; instead, we want to explain the stakes of the election through the issues that matter the most to you. To do that, we want to know what you think the US presidential candidates should be talking about. Tell us here: http://vox.com/ElectionVideos.

In 24 hours, Trump went from almost conceding to falsely claiming “I WON THE ELECTION!”
The stunning hypocrisy of the Trump family’s attacks on Hunter Biden
“Are you sure?” Trump’s Ukraine conspiracy theory was a bit much even for Fox & Friends
The White House has 2 testing standards: One for Trump and another for everyone else
Trump denounces anti-Semitism one day after defending Charlottesville marchers
Democrat Raphael Warnock has won Georgia’s Senate special election runoff — and made history