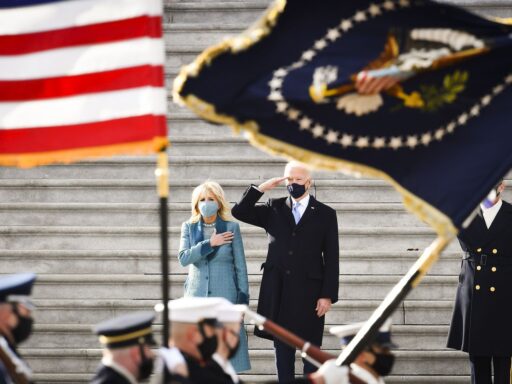 The reaction to Biden’s presidency has so far been overwhelmingly positive.

Reactions to President Joe Biden’s inauguration are pouring in from around the world from US allies as well as adversaries.

From Europe to Asia, foreign leaders are making clear what they think of the new president and the country he leads. Their statements provide a glimpse into how the world perceives the newest arrival in the Oval Office and his plans for America’s reengagement on the world stage.

After a strained relationship with former President Donald Trump, Ursula von der Leyen, president of the European Commission (the executive branch of the European Union), tweeted, “The United States is back. And Europe stands ready. To reconnect with an old and trusted partner, to breathe new life into our cherished alliance.”

The United States is back. And Europe stands ready.

To reconnect with an old and trusted partner,
to breathe new life into our cherished alliance.

I look forward to working together with @JoeBiden pic.twitter.com/gc7HIIg2Z8

Adding to the transatlantic bonhomie, NATO Secretary General Jens Stoltenberg tweeted his congratulations to Biden, adding that “none of us can tackle the challenges we face alone.”

British Prime Minister Boris Johnson congratulated both Biden and Vice President Kamala Harris while affirming that “America’s leadership is vital on the issues that matter to us all, from climate change to COVID.”

Congratulations to @JoeBiden on being sworn in as President of the United States and to @KamalaHarris on her historic inauguration. America’s leadership is vital on the issues that matter to us all, from climate change to COVID, and I look forward to working with President Biden.

And French President Emmanuel Macron sent warm wishes to America’s new leaders, pledging that the US and France “will be stronger to face the challenges of our time.” Macron further welcomed the US back to the Paris climate agreement, which Biden is expected to rejoin through executive order later on his first day.

To @JoeBiden and @KamalaHarris.
Best wishes on this most significant day for the American people!
We are together.
We will be stronger to face the challenges of our time. Stronger to build our future. Stronger to protect our planet. Welcome back to the Paris Agreement!

But it wasn’t only European officials offering their well wishes.

Canadian Prime Minister Justin Trudeau released a statement promising his nation would work with the US on the coronavirus pandemic and economic recovery. He also pledged to work with the new administration to “advance climate action and clean economic growth, promote inclusion and diversity, and create good middle-class jobs.”

And South Korean President Moon Jae-in, who clashed with Trump over military spending, tweeted his kudos to Biden. With a possible play on Trump’s MAGA catchphrase, Moon added, “America’s new beginning will make democracy even greater.”

Meanwhile, leaders who’d famously cozied up to Trump did their best to ingratiate themselves with his successor.

Israeli Prime Minister Benjamin Netanyahu in a statement described his decades-long friendship with Biden and said he wanted to work on common threats, “chief among them, the threat posed by Iran.”

Indian Prime Minister Narendra Modi said on Twitter that he hoped to “strengthen the India-US strategic partnership.” Modi sent separate congratulations to Harris — whose mother, Shyamala Gopalan, was from southern India and immigrated to the United States — on the “historic occasion” of her inauguration.

Congratulations to @KamalaHarris on being sworn-in as @VP. It is a historic occasion. Looking forward to interacting with her to make India-USA relations more robust. The India-USA partnership is beneficial for our planet.

China chose a different way to commemorate Biden’s inauguration: by blasting Trump. Xinhua News, a state-run media outlet, tweeted an image of the US Capitol building with the words “Good Riddance, Donald Trump” in the sky above it.

The world, then, is keenly aware of the momentous political shift Biden’s inauguration has signaled for America.

How an anti-democratic Constitution gave us Amy Coney Barrett
Here’s how tickets were allocated for the South Carolina Democratic debate
Nike’s high-tech Vaporfly sneakers help athletes run 4 percent faster. Should they be banned for pro...
What will Palestinians do now?
6.6 million jobless claims, a grim milestone for Spain: Thursday’s coronavirus news
The biggest lie we still teach in American history classes