Hubble can see galaxies impossibly far away. Here’s what happens when it looks at Mars and Saturn. 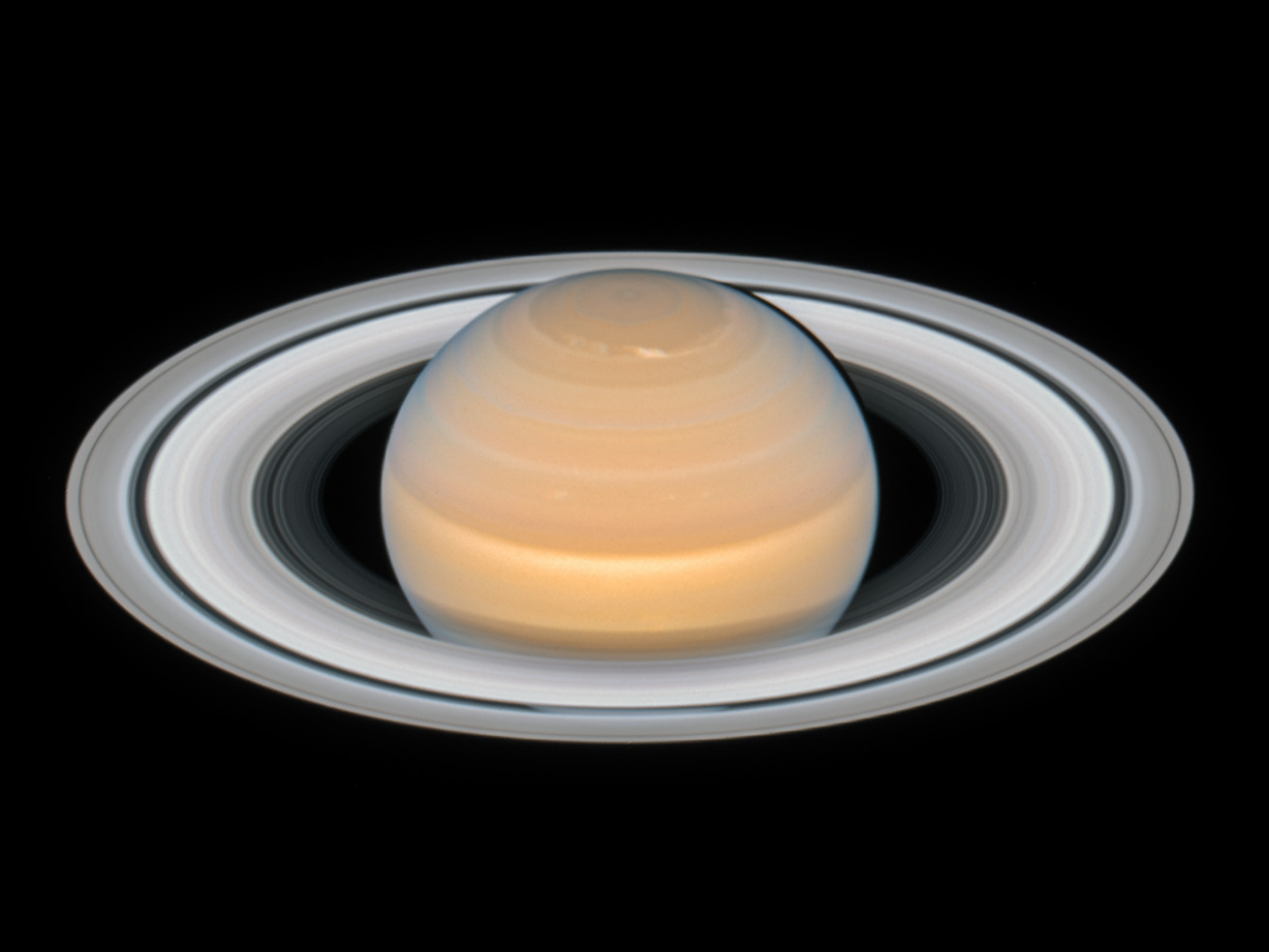 This is the best weekend of the year to see the planet Mars. That’s because Mars and the sun are aligned in opposition on July 27. When that happens, the planet shines extra bright in the night sky. What’s more, the opposition occurs just a few days before Earth and Mars reach their closest approach to one another, on July 31. This makes Mars appear slightly bigger in the sky than it normally would.

NASA recently took advantage of Mars growing bigger and brighter in the night sky and turned the Hubble Space Telescope to snap this photo of the planet on June 6.

One thing to notice in this photo: Mars is nearly completely covered by a planet-wide dust storm, occluding the details of the planet’s geography.

Two years ago, Hubble took a similar photo, but dust wasn’t in the way. Here’s what it saw. You can make out Mars’s great basins, valleys, and craters.

As the atmosphere warms, winds generated by larger contrasts in surface temperature at different locations mobilize dust particles the size of individual talcum powder grains. Carbon dioxide frozen on the winter polar cap evaporates, thickening the atmosphere and increasing the surface pressure. This enhances the process by helping suspend the dust particles in the air. In some cases, the dust clouds reach up to 40 miles (60 kilometers) or more in elevation.

NASA’s Curiosity and Opportunity rovers are currently caught in the haze, and Opportunity, which runs on solar power, has shut down to ride out the storm. But here’s an image the nuclear-powered Curiosity captured on June 15.

The Hubble Space Telescope recently took advantage of another special opportunity: Saturn in perfect position to show off its glorious rings. This picture was taken on June 6, three weeks before Saturn reached opposition. At this moment, it was nearing its maximum tilt, meaning it was angled in such a way that its rings were illuminated by loads of sunlight.

In this photo, you can also make out the hexagonal storm that encircles Saturn’s north pole.

The controversy around a black man killed by police in his own home, explained
Money Talks: She moved home to save money — and her mom never wants her to leave
Money Talks: The couple navigating child care in the pandemic
Theresa May is on a doomed mission to renegotiate Brexit
Vox Sentences: Notre Dame in flames
The most shocking line in Vice President Pence’s 2020 RNC speech