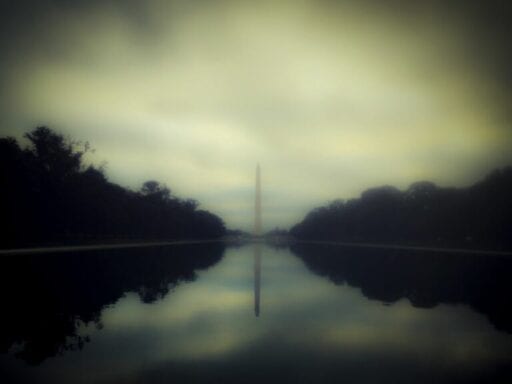 Our memories are imperfect, but that doesn’t mean “the past is unknowable.”

With her memory of an alleged sexual assault in the 1980s, Christine Blasey Ford has upended the Supreme Court nomination process and ignited a flurry of media attention and discussion on sexual assault, power, and politics.

As we learned Sunday when she came forward, Ford, now a professor at Palo Alto University, has a clear memory of one summer night when a teenage Brett Kavanaugh groped her, pinned her down, and covered her mouth as she tried to scream. Kavanaugh, now a Supreme Court nominee, denies these claims.

In the last few days, people sympathetic to Kavanaugh — like conservative political commentators and Fox News hosts — have been focusing on the question of whether Ford’s memories could be accurate.

“Human memory is notoriously unreliable, especially over time,” Fox News’s Tucker Carlson said on his program. “Past a certain point, the past is unknowable.” As my colleague Alvin Chang has explained, Fox has been keen on mentioning her claims in the context of memory more than the other cable news networks.

But it’s not just Fox News casting doubt on Ford’s memory. Over at the National Review, writer David French takes issue with how her current recollections diverge slightly from those in 2012 notes from her therapist. The notes say four boys were involved in the incident. Ford told the Washington Post there were two. “That suggests that her memory of the event may be suspect,” French writes.

There is a kernel of truth to this: Human memory is notoriously faulty. It’s a pervasive, frustrating human flaw, one that has led to false convictions, false confessions, and the misidentification of perpetrators in a police lineup.

But the fact that some of our memories can evolve or be manipulated by new information or suggestion doesn’t mean all memories are junk. It doesn’t mean Ford is misremembering Kavanaugh as her assailant. Memory experts say it makes sense that some details of her recollections may have changed, while the central trauma of the story — and who perpetrated it — did not.

The science of memory is frustrating. Here’s what we know about it.

What we know about the flaws of human memory

The first thing to know about human memory is that it’s prone to error.

“Distortion is a fairly ordinary feature of human memory,” Steven Frenda, a psychologist who researches false memory at Cal State Los Angeles, says in an email. “Even people who have otherwise extraordinary memory abilities do not appear to be completely immune to the effects of suggestion. So I wouldn’t be surprised at all to learn that details of her memory could have changed over time, even if her gist is accurate.”

Details do change, he says: “I don’t think that we should discard someone’s entire account because we find evidence of some distortion or inconsistency.”

Often after traumatic incidents, some parts are dwelled upon and can even get exaggerated over time, while other parts become muddied. But the central event can be recalled with accuracy.

“One of the most replicated findings in the emotion and memory literature is that people tend to remember central features of events that were important to them — the gist of the event … fairly accurately and for a relatively long period of time,” Linda Levine, who studies the intersection of memory and emotion at the University of California Irvine, says in an email. “They make more errors in remembering peripheral details that were less important to them.”

For instance, in a memory of a traumatic event, the assault and the perpetrator are likely to be the central feature, well-crystallized. Whoever else was in the room may not.

As a 2015 paper in Frontiers in Psychiatry points out, this dwelling on the central details of a memory may lead people to reexperience them. And this is an ingredient that leads to post-traumatic stress.

In reconstructing our memories, our brains often grab the easiest bit of information to recall. And information that we’ve learned since the event will be added to fill in memory gaps. This is something we all do, unknowingly. And the nature of memory is that we forget we ever remembered a situation differently.

That’s why mere suggestions, like being told cars “smashed” instead of “hit” after viewing a video of a car crash, will lead people to recall the crash being more severe than it was. Or why our memories for feelings of significant historical events — like the O.J. Simpson murder trial — tend to reflect what we think today rather than what we felt back then.

The lesson of memory research is not that, as Carlson says, “past a certain point, the past is unknowable.”

The lesson is more nuanced. It’s that our intuitions about how our memories work are often wrong. Memory is not a crystalline videotape. Memory is more like a video editor, working on a tight, shortcut-driven deadline.

Focusing on Ford’s memory is not the point. Taking sexual assault seriously is.

The best conclusions we can reach are equivocal. “Eyewitness misidentifications are known to be the leading cause of wrongful convictions in the US,” Frenda says. “I know of countless cases in which this occurred.”

Truth often requires efforts that go beyond memory and testimony. That’s why some are calling for the FBI to investigate the case. “Investigators would at least be able to evaluate evidence and interview witnesses in a structured and presumably private way,” Vox’s Anna North writes. “Absent that, what we’re left with is a hodgepodge of vague information — and misinformation — that does more harm than good.”

I worry that the focus on the veracity of her memory is a distraction from a larger point, a more important trend that helps explain why Ford is speaking out now.

Ford is a woman who has pushed herself into a massive spotlight to make a charge against someone who wants a seat in the highest-ranking judicial institution in the land. She’s facing death threats. Reportedly, her family has moved out of their home out of fear. Her reluctance to initially come forward was warranted. Not because her memory isn’t perfect. But because what she has to say invites danger.

Too often, women have been silenced or too terrified to make such an accusation. The push, post-#MeToo, to “believe women” is not because these women possess super-computer clarity of memory. It’s because, for so long, their claims have gone unheard. And there’s truth to be found just by turning on this long-clogged faucet.

Congress’s failure to pass stimulus has had a devastating — and predictable — effect on minority gro...
Poll: Biden is ahead in Iowa, but Warren and Buttigieg are coming up strong
Just Mercy is a powerful argument against the death penalty
Trump’s approval rating just sank in 8 polls
2 winners and 3 losers from the third night of the Republican National Convention
Ben Jealous — a progressive running for Maryland governor — wants everyone to know he’s not a social...