Hurricane Florence: what we know about the powerful storm heading for the Carolinas 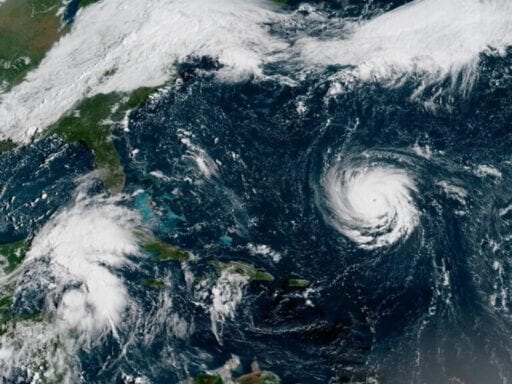 North Carolina, South Carolina, and Virginia are in the path of this powerful storm. It’s still early, and much can change.

Currently, Florence is sustaining 130 mph winds, making it a Category 4 storm. But forecasters warn that it may continue to intensify as it approaches the coast, possibly even making landfall Thursday or Friday in North Carolina as a powerful Category 4 storm, with 150 mph winds.

This incredible loop from #GOESEast shows Hurricane #Florence churning in the Atlantic. The storm is strengthening rapidly and is expected to become a major hurricane very soon. Latest: https://t.co/LdMJC4oIds pic.twitter.com/AqMr0P2Ogm

“Florence is forecast to be a very powerful major hurricane on its approach to the southeastern United States,” the National Hurricane Center warned Monday. “All interests from South Carolina into the mid-Atlantic region should ensure they have their hurricane plan in place and follow any advice given by local officials.”

Already, communities in the Outer Banks in North Carolina have issued evacuation notices in preparation.

Here is a map regarding current evacuation orders for the #OuterBanks #OBX pic.twitter.com/zWTyR9Qa1D

The forecast remains somewhat uncertain, however. Since forecasters are generally better at predicting the path of a storm than its intensity, Florence could easily weaken or get even stronger in the next few days.

The Carolina coast, while no stranger to hurricanes, does not often get threatened by a storm this powerful. “North Carolina has never experienced a Category 4 or 5 hurricane landfall, and only three Category 3 landfalls on record,” Brian McNoldy, a University of Miami atmospheric scientist, writes. “Events such as this are infrequent — testing people, structures, vegetation, resources, and plans.”

Here’s the current forecast track from the National Hurricane Center

The worst impacts of the storm are most likely to be felt along the coast, where storm surge (a literal wall of water pushed onshore by the storm) can create dangerous flooding, and where winds will be the most severe. But heavy rains can cause dangerous flooding inland as well.

Again, the exact site of Florence’s landfall is not yet known, but here’s what’s possible.

And here are the earliest arrival times of tropical storm-force winds.

These are the key messages the NHC’s forecasters want you to know:

1. A life-threatening storm surge is likely along portions of the coastlines of South Carolina, North Carolina, and Virginia, and a Storm Surge Watch will likely be issued for some of these areas by Tuesday morning. All interests from South Carolina into the mid-Atlantic region should ensure they have their hurricane plan in place and follow any advice given by local officials.

2. Life-threatening freshwater flooding is likely from a prolonged and exceptionally heavy rainfall event, which may extend inland over the Carolinas and Mid Atlantic for hundreds of miles as Florence is expected to slow down as it approaches the coast and moves inland.

3. Damaging hurricane-force winds are likely along portions of the coasts of South Carolina and North Carolina, and a Hurricane Watch will likely be issued by Tuesday morning. Damaging winds could also spread well inland into portions of the Carolinas and Virginia.

4. Large swells affecting Bermuda and portions of the U.S. East Coast will continue this week, resulting in life-threatening surf and rip currents.

As with any hurricane, you shouldn’t focus solely on wind speed — the storm surge and rain matter too. The deadliest aspect of a hurricane tends to be the coastal flooding that comes from storm surge.

For now, Florence is expected to slow down as it approaches the coast. That could lead to “a prolonged and exceptionally heavy rainfall event.” Recall that slow speed and heavy rain were what made Hurricane Harvey such a devastating event for Houston last year, not the wind speed.

And it’s not just the coastal regions that have to be on the lookout. Inland flooding, particularly along creeks and rivers, may also become life-threatening.

We’re currently at the peak of hurricane season. In September, the Atlantic Ocean is the hottest it gets all year — when it’s most conducive to hurricane formation.

And formed they have. In addition to Florence, in the Atlantic, there’s also Hurricane Isaac, which currently has 75 mph winds and may impact the southern Caribbean by the weekend.

And Hurricane Helene, which looks like it’s going to stay safely out at sea.

But that’s not all. Hurricanes form in tropical waters around the globe; in the Pacific, there’s Hurricane Olivia, which may impact Hawaii as a tropical storm later this week.

There’s also a tropical storm called Paul off the coast of Mexico in the Pacific. It’s quite the active season across the globe.

In 25 years @fema i have never seen a situation like this before. If you are in any of those paths, it is time to prepare yourself. pic.twitter.com/7XT3hYot6O

In an email, McNoldy says it’s hard to call all this activity more than a coincidence. “Periods like this do happen,” he says. And he points out that overall, the Atlantic has been pretty quiet this year and is still behind average when it comes to hurricane formation. So now it just may be catching up.

Beto O’Rourke is blowing Ted Cruz out of the water in fundraising
Is Russia first to a Covid-19 vaccine? Not so fast.
How the air travel industry is scrambling to convince people to fly
The US-Turkey trade spat, explained
The Black Hebrew Israelites and their connection to the Covington controversy, explained
Florida Legislature approves bill requiring former felons to pay fines and fees before voting