Hurricane Michael “is a worst-case scenario for the Florida Panhandle” 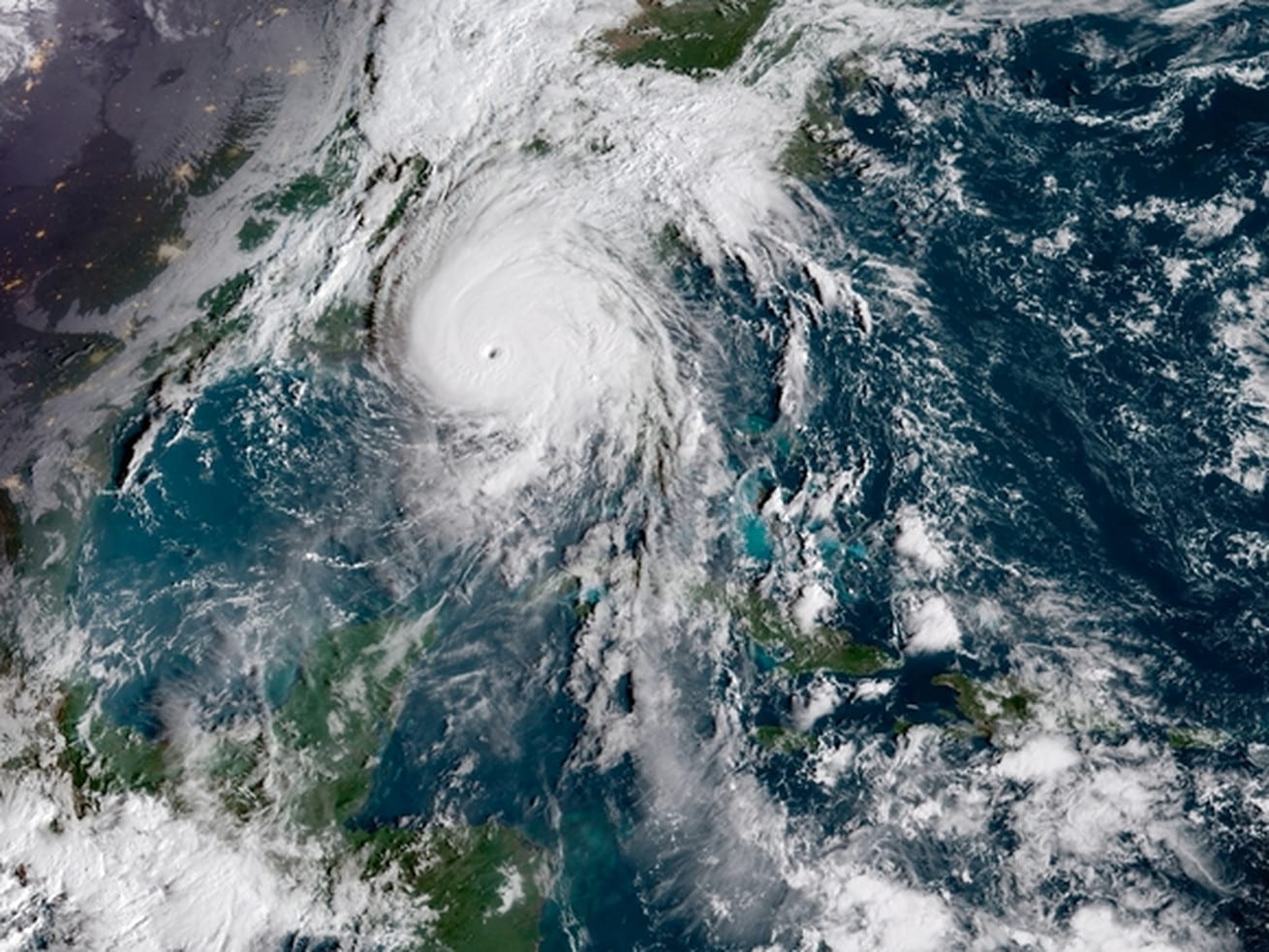 Michael got bad, fast. And it just made landfall with 155 mph winds.

Overnight, Hurricane Michael went from a moderately strong storm into a much more powerful, dangerous, and scary one. It’s now a Category 4 storm with 155 mph winds, and it made landfall near Mexico Beach, Florida, which is near Panama City on the panhandle.

“This is a worst case scenario for the Florida Panhandle” the National Weather Service exclaimed Wednesday, as the storm neared landfall.

Winds of 155 mph are strong enough to ruin homes beyond repair. And the wind’s not all. There will be a storm surge (coastal flooding) of 9 to 14 feet in some areas. That amount of water can sweep away homes and cars, and create a very dangerous situation. Michael is one of the most intense hurricanes to ever hit the United States, as measured by barometric pressure in the center of the storm.

“Hurricane Michael is a catastrophic and unprecedented event,” the Tallahassee office of the National Weather Service warns. No Category 4 storm on record has ever hit the Florida Panhandle, which includes Tallahassee, Florida’s capital city, with a population of 382,000.

As recently as Tuesday, the storm was not forecast to be this strong (hurricane intensity is notoriously much harder to forecast than a hurricane’s track). On Wednesday, the Tallahassee issued its very first “extreme wind warning” for gusts in excess of 130 mph.

The storm’s impacts won’t just be limited to the Florida Panhandle. Michael is expected to keep moving inland, bringing drenching rains and possibly flash flooding to Georgia (which could see hurricane-force winds) and the Carolinas (which are still recovering from Hurricane Florence). The threat of storm surge will extend south of the panhandle on Florida’s Gulf Coast.

How did Michael go from Category 3 to 4 overnight?

Michael was just a tropical storm two days ago, with winds of 90 mph. It’s now a Category 4 storm with 150 mph winds. What happened?

There are a lot of reasons a hurricane may intensify quickly, but one of the main ones is water temperature. And as NASA’s Earth Observatory shows in the map below, Michael is moving through some of the Gulf of Mexico’s hottest waters. Overall, the Gulf is hotter than average this October.

On Monday, the National Hurricane Center reported that Michael’s intensification “defies traditional logic,” because it continued to grow stronger despite the presence of a westerly wind shear, which usually helps to downgrade a hurricane.

One bit of good news is that the storm is moving quickly. It won’t stall the way Hurricane Florence did over the Carolinas, leading to catastrophic flooding. It’ll quickly head to the north and east. But it’s sure to leave a lot of damage behind.

1. Life-threatening storm surge is occurring along portions of the Florida Panhandle, Big Bend, and Nature Coast. The worst storm surge is expected later today and tonight between Tyndall Air Force Base and Keaton Beach, where 9 to 14 feet of inundation is possible.

2. Michael will produce potentially catastrophic wind damage where the core of the hurricane moves onshore later today in the Florida Panhandle, with the highest risk between Apalachicola and Panama City.

3. Life-threatening hurricane-force winds will occur well inland across portions of the Florida Panhandle, southeast Alabama, and southwestern Georgia as the core of the hurricane moves inland later today and this evening.

4. Heavy rainfall from Michael could produce life-threatening flash flooding from the Florida Panhandle and Big Bend region into portions of Georgia, the Carolinas, and southeast Virginia.

5. Tropical storm conditions will affect portions of the southeast U.S. coast from northeast Florida through North Carolina, and tropical storm warnings are in effect for these areas.

And here’s the latest forecast track from the National Hurricane Center: