I could have been Ma’Khia Bryant 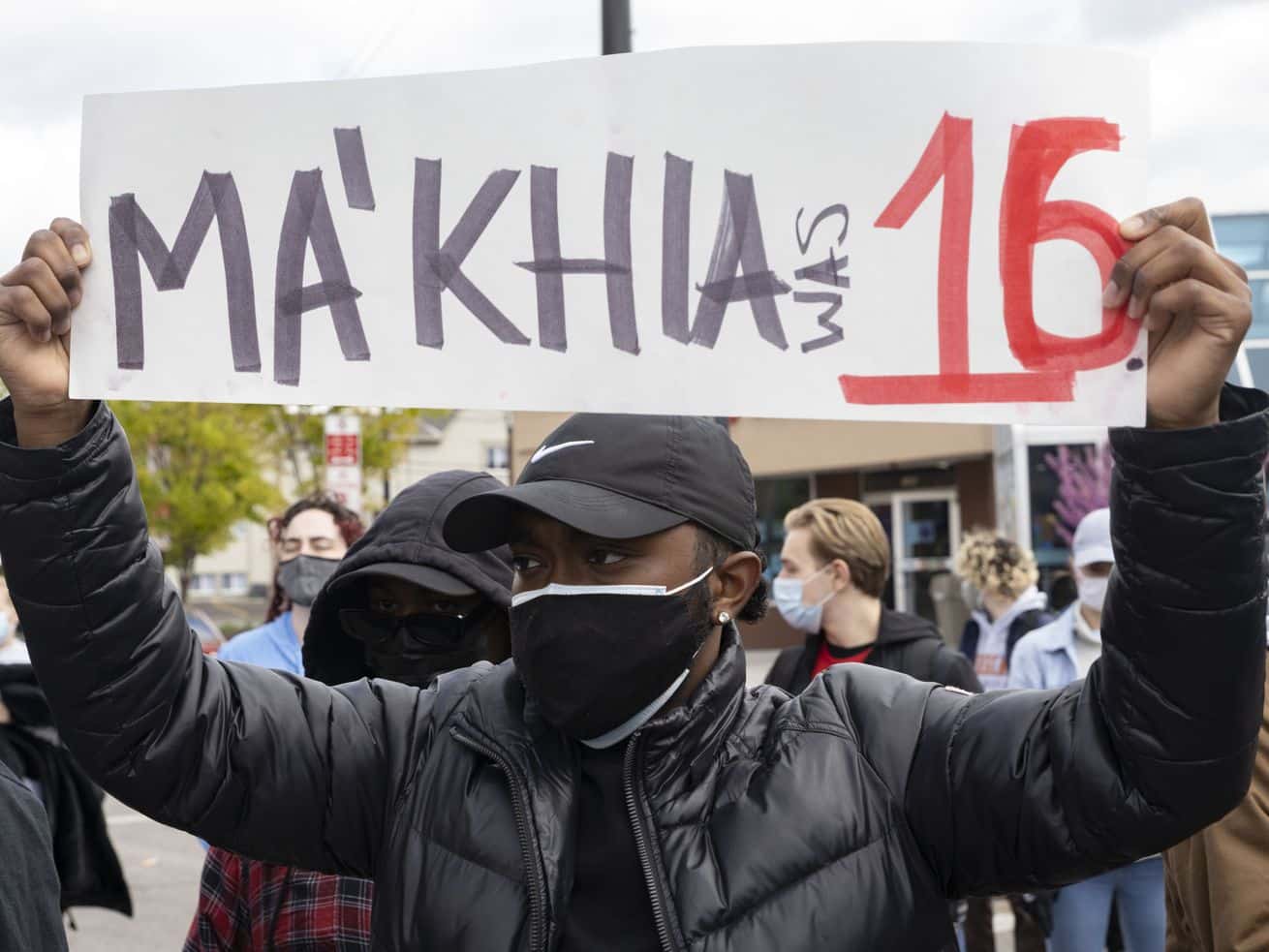 Like Ma’Khia Bryant, I was exposed violence at a young age. I needed help, not bullets.

I held my breath for weeks awaiting the verdict in the Derek Chauvin murder trial. The moment the conviction came in, I exhaled and was overcome with relief. Finally, a police officer was going to be held accountable for killing a Black person in America.

But it was only a few minutes afterward that a headline sent my world spinning into disarray again. Police had shot and killed 16-year-old Ma’Khia Bryant at her home. According to her mother, Ma’Khia had called the police herself for an attempted stabbing, but when the officers arrived on the scene, Ma’Khia was brandishing a knife and they opened fire, striking her four times. She died shortly after.

The morning after Ma’Khia’s death, I could barely get out of bed. The heavy, haunted feeling had returned. And with it, a single thought: I’d been in Ma’Khia’s position before, dealing with violence in my own home, and I could’ve easily wound up just like her.

Already, people are viewing the body camera video of the teen wielding a knife and using it to rationalize or justify the police’s deadly use of force against Bryant. Yet police treated Kyle Rittenhouse, a white teenager carrying a far deadlier weapon openly in the streets after killing two people, with kid gloves, not arresting him and even giving him a water bottle. For such people, only the “perfect” victim is worthy of justice, and to them, images of Ma’Khia with a knife prove she deserved to die.

They don’t understand that the victimization of Black lives begins far before the police ever even get involved. Ma’Khia, like far too many Black teens, was a victim of systemic racism before she ever decided to pick up that knife. She was in foster care at the time of her death, a reality that Black children are far more likely to face than their white counterparts, and kids in foster care are often exposed to high levels of violence. Though it is unclear how she came to be in that predicament, we do know that Black children are more likely to come from impoverished and single-parent households and have family members who were swept into the carceral system. This leads to an increased likelihood that Black children will be exposed to abuse or violence in their adolescence.

When I was a teen, I lived in an underprivileged Black community where violence was the norm — the kind of community created by centuries of oppression, redlining, discrimination, and poverty. By the time I was 12, I had already been jumped by a group of girls two times. I had been in so many fights that I lost count. To avoid confrontation, I chose to walk miles to school alone instead of riding the school bus. I lived my life in constant fear of my peers and my neighborhood. Eventually, that fear turned to anger.

One evening, a group of 20 to 30 teens arrived at my doorstep. News of an impending brawl between me and another girl had spread like wildfire, and they all descended to watch.

I remember the sound of rocks crashing through my windows. I was home alone with my brother, who was only a year my senior, and we were both terrified. My mom, a single parent working multiple jobs to make ends meet, wasn’t home. I darted toward the phone and dialed 911, desperate for help. The dispatcher asked if I saw any weapons, and when I said I wasn’t sure, the call ended ambiguously. The police never came.

I felt helpless as the jeers and screams continued outside. Then I felt something I had never felt before: rage.

I marched toward my kitchen, grabbed a pot, and began to boil water on the stove. In my young mind, the scalding water would simply scare the intruders away, not cause serious burns. As the pot boiled, my eyes fell on a shiny object: the kitchen knife. I grabbed it and felt both terrified and empowered. I thought of the way blood tasted in my mouth when a girl kicked me in the face during an earlier fight.

“Help me,” I whispered to myself.

There were no adults around to listen.

As I watched the video of Ma’Khia wielding that knife, I could only imagine how she felt in that moment: the mix of anger, fear, and desperation. Though adults appeared to be around, no one stepped in to offer proper guidance or support. The cops were called because Ma’Khia thought there was a single lifeline remaining. And then officers showed up and took her life.

I am grateful the police never showed up on the day the kids arrived at my doorstep for a fight. As for me, that day did not end without violence. Fortunately, I never went outside with the knife or the pot of boiling water.

But not all Black children are so lucky. Too many are stuck in the vicious cycle of systemic racism, which creates the very conditions that lead to poor outcomes and sometimes even death. Such conditions, coupled with a racist police force that is supposed to help stop crime but often mistreats Black people, only compounds violence. No Black teen should be pushed to the brink of life-threatening violence, especially when adult intervention could end with even more harm by police.

What we are fighting for when we say “Black Lives Matter” is not just an end to police killing Black people with impunity but an end to the circumstances that result in altercations that lead to violence. Calls to abolish the police are often met with debasement, but they are sensible. Communities of color need more programs that support youth and single mothers, and promote employment, education, and access to safe neighborhoods. The truth is that by the time the police are summoned, many possible interventions were not available that should have been. And far too often, police do not show up to protect and serve in communities of color.

The jury arriving at the guilty verdict for Derek Chauvin’s deadly use of force against George Floyd is a landmark moment for America — but not for the right reasons. Black people should not have to fight for justice. Nor should we be subjected to fighting for our very survival.

Tiffanie Drayton is a mom and a writer. Her memoir Black American Refugee, out in November, details her escape from American systemic racism.

I was sent to be treated for Covid-19 at the Javits Center. Here’s what it’s like.
Wildfires have ignited inside the Arctic Circle
Puerto Rico’s first major storm since Hurricane Maria is approaching
What Reconstruction teaches us about white nationalism today
Chief Justice John Roberts calls for decorum as impeachment devolves into fight over who lies more
A top Covid-19 vaccine trial is on hold after a patient had health problems. Good.