“I thought I was going to die”: AOC’s harrowing account of the Capitol Hill attack 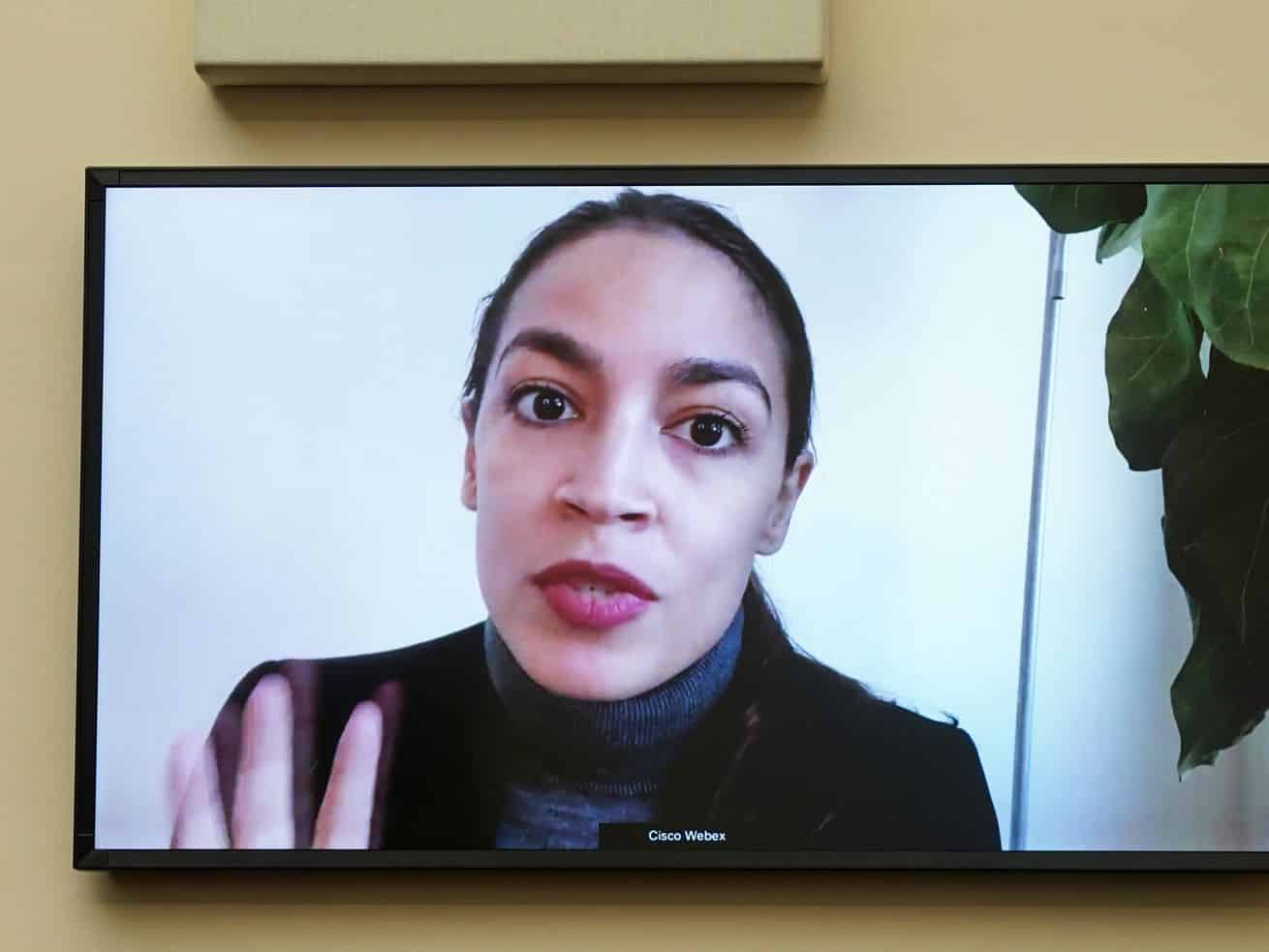 On Monday night, Rep. Alexandria Ocasio-Cortez (D-NY) discussed her experience during the Capitol Hill attack in a lengthy Instagram livestream. It is one of the most harrowing accounts of the insurrection that has been made public to date — and a testament to just how devastating the event was to our democracy.

At 1:01 pm on January 6, Ocasio-Cortez remembers trying to decide what she wanted to eat for lunch. All of a sudden, she started hearing a series of loud bangs on the doors leading into her office. She runs over to an aide she refers to as “G” — her legislative director, Geraldo Bonilla-Chavez — who tells her to “run and hide.”

She takes shelter behind her bathroom door — just before the pro-Trump attackers break into her office and make it clear they were coming for her. “I just hear these yells of ‘WHERE IS SHE? WHERE IS SHE?’” Ocasio-Cortez recalls.

“This was the moment where I thought everything was over,” she says. “I thought I was going to die.”

In those few seconds, she contemplated death. “I felt that if this was the journey my life was taking, I felt that things were going to be okay — and that I had fulfilled my purpose,” she said, apologizing to the viewers for the tears that had welled up.

Soon afterward, she said, Bonilla-Chavez tells her to come out: A Capitol Police officer was in the office to secure it. But she said something about the officer seemed off to her: He had no partner and hadn’t identified himself. He yelled at her and didn’t give them a specific location to take shelter.

“He was looking at me with a tremendous amount of anger and hostility. Things weren’t adding up,” she said. She recalls Bonilla-Chavez saying, “I didn’t know if he was there to help us or hurt us.”

Ocasio-Cortez ended up sheltering in the offices of Rep. Katie Porter (D-CA), another prominent progressive, for hours. (Parts of her account have been corroborated both by her staff and other representatives, including Porter.)

The fear for her life, and sustained level of insecurity, left Ocasio-Cortez traumatized. In her feed, she compares it to her experience as a sexual assault survivor, something she’s never disclosed before.

“I’m a survivor of sexual assault. And I haven’t told many people that in my life,” she said. “But when we go through trauma, trauma compounds on each other.”

AOC and the need for high-level consequences

It was entirely reasonable for Ocasio-Cortez to fear for her life: She’s been relentlessly demonized by Republican officials and conservative media, turned into Public Enemy No. 1 for the right. This is a crowd of people that chanted “Hang Mike Pence”; if they were willing to threaten a Republican incumbent so directly, who knows what they would have done if they had reached Ocasio-Cortez?

Her account also shows why Congress cannot — and absolutely should not — just move on.

It’s not just a matter of personal trauma for public officials (although that does matter). It’s that the mob brought the fear of violent death to the forefront of American politics. They were angry with the workings of our democracy and, based on fictitious grievances stoked at the highest level of the Republican Party, tried to overturn it. They wanted people like Ocasio-Cortez to fear for their lives; that was the point.

And in some cases, it worked. In mid-January, Rep. Jason Crow (D-CO) said the threat of violent reprisal was a major reason more House Republicans weren’t voting to impeach Trump in the wake of the attack on the Capitol.

“The majority of them are paralyzed with fear,” Crow said on MSNBC. “I had a lot of conversations with my Republican colleagues last night, and a couple of them broke down in tears — saying that they are afraid for their lives if they vote for this impeachment.”

The Capitol insurrection struck at the heart of democratic practice in America: the idea that politics should be determined by the will of the people and their chosen representatives rather than fear of violent reprisal. And while the insurrectionists themselves are being arrested, the leaders who stoked the mob by indulging their fantasies about a fake election — from former President Donald Trump to Sens. Josh Hawley (R-MO) and Ted Cruz (R-TX) — have suffered few serious consequences.

“After they told that lie, after they saw people lose their life on the steps of the Capitol — afterwards, not even an ‘I’m sorry,” Ocasio-Cortez says. “What they are saying is ‘given the chance, I would endanger my colleagues again for political gain.”

That, she correctly points out, should be intolerable in a democracy.

“Accountability is not about revenge, it’s not about getting back at people,” she says. “It’s about creating safety. And we are not safe with people who hold positions of power who are willing to endanger the lives of others if they think it will score them a political point.”

Reviving DACA to reforming DHS: 5 immigration issues Biden could confront as president
Will Ferrell and Julia Louis-Dreyfus were finishing each other’s sentences by the end of Downhill
13 federal criminal laws that the pro-Trump mob may have violated, explained
Amy Coney Barrett’s Judiciary Committee hearing is still on, despite the Senate recess
Your money is safe in the bank — even if it goes under
The most important IPO for Silicon Valley in 2019 comes from Saudi Arabia